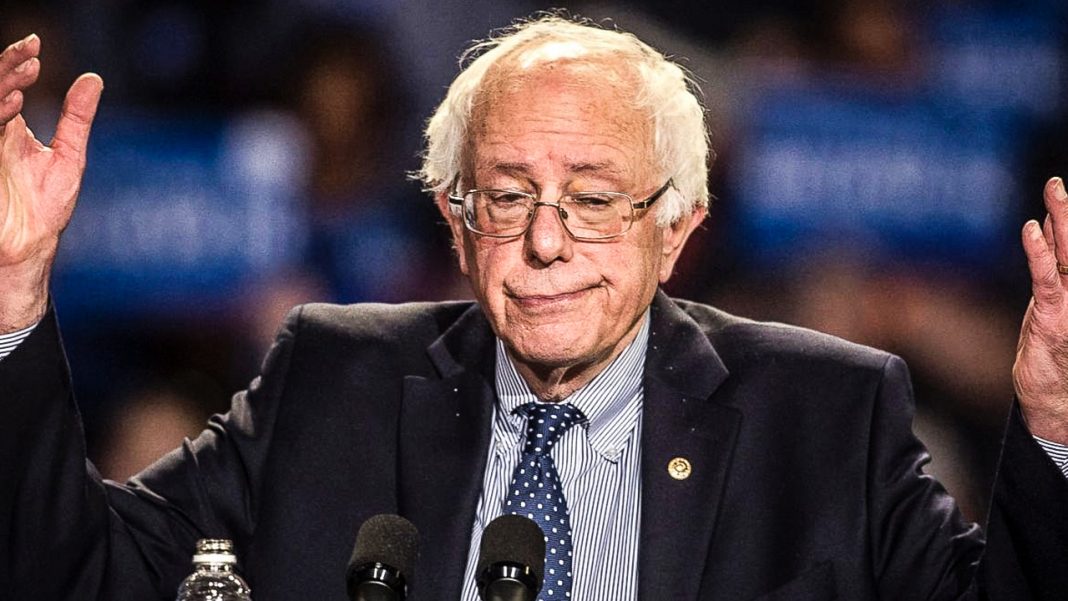 With Donald Trump’s disgusting budget proposal providing a slew of giveaways to the wealthy while screwing over the working class, Senator Bernie Sanders blasted the President for being a phony populist.  Trump ran as a more “populist” version of a Republican, but as Sanders points out, that façade has come crumbling down and he’s been exposed as a typical Republican politician. Ring of Fire’s Farron Cousins discusses this.

If you’re like me, you remember during the presidential campaign when Donald Trump was praised by the media for speaking like a populist. For going out there and talking to the public and saying, “Listen, I’m gonna make things better for you. I’m gonna bring your jobs back. I’m gonna stop shipping jobs overseas. We’re gonna make deals. We’re gonna keep you people healthy and happy and make a great middle class in the United States.” Really great populist rhetoric coming from Donal Trump during the campaign. Now a lot of Donald Trump voters actually believed this. Those of us who understood what Donald Trump was all about didn’t believe it for a second. But this week, after Donald Trump’s, cruel is the only word you could use to describe it, budget proposal came out, Bernie Sanders came out and absolutely blasted Donald Trump, calling him a fake populist. Telling us that we need to understand that there is not a populist bone in this man’s body. To be honest, if all those people in the United States wanted a populist to be president, Bernie Sanders was the guy you should’ve picked.

He was the most populist of anyone that ran for president in 2016 or in the 2015 primary circus or actually before the primaries. But, these people were duped by a con man and that’s what Bernie Sanders is trying to point out because like it or not, if Donald Trump is not impeached, he’s gonna run again in 2020. To be honest, probably has a pretty good chance of winning at this point because he duped those voters. That’s why Bernie Sanders is going out there. It’s not just to attack Trump, it’s to open up the public’s eyes.

A lot of people might see this and say, “Oh, he’s looking for a headline,” but he’s not. This is a teachable moment for these voters. To look at this budget and say, “Hey, Mr farmer, who voted for Trump. He’s cutting farm aid for you, for you!”, “Hey, people who are worried about losing your health insurance. Trump wants to take it away, as do the Republicans in the House of Representatives.”, “Hey, people on food stamps or who rely on afterschool programs for your children who voted for Trump. Guess what? He wants to cut the funding for those things.” The people who are worried about the education their child’s getting in public school, they voted for Trump. Guess what? Trump’s about to make it so much worse by cutting training for teachers, by cutting special education program funding, by cutting scientific and innovative technology training for teachers. He is literally dumbing down America. That’s what Bernie Sanders is trying to tell people.

You fell for a phony populist and it happens sometimes, people get duped. People do get conned but open your eyes and understand that this is what this man is all about. Donald Trump is no different than any other Republican politician except for the fact that he’s a little more harsh and a little more brazen than most of them. But, when it comes down to policy, and this is at the heart of Bernie Sanders argument here, when it comes down to policy, there is no difference between a Paul Ryan or a Donald Trump or a Mike Pence or a Ted Cruz. They’re all the same because at the end of the day, when they develop a budget, when they write a piece of legislation or sign a piece of legislation, you can bet that it’s gonna help the wealthy or help corporations and provide absolutely nothing or even worse, take things away, from working class Americans.