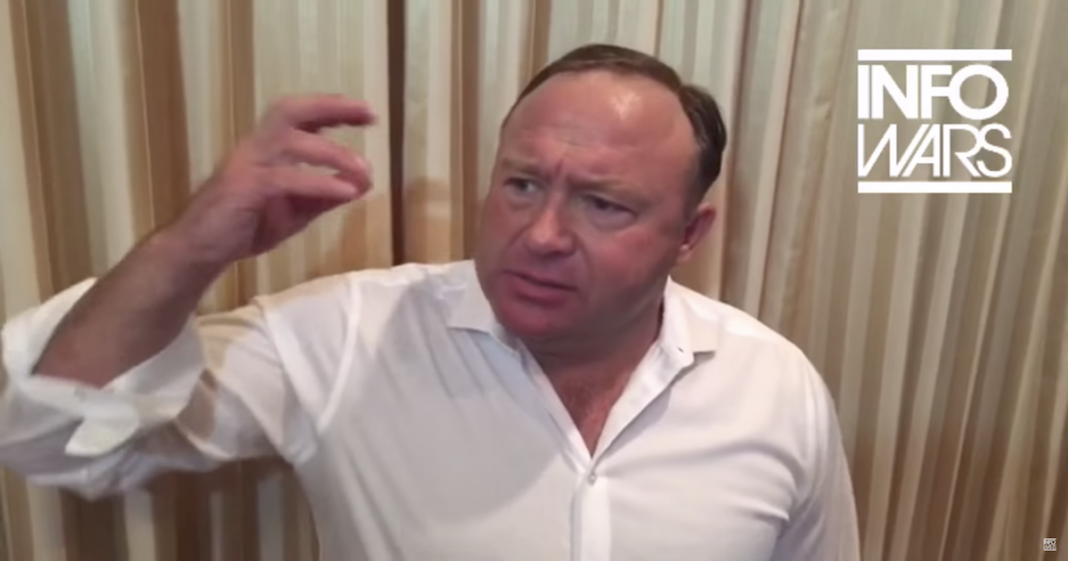 Alex Jones and the rest of the conservative fear-mongers went right to work after the bombing that claimed the lives of 22 people as they left an Ariana Grande concert in Manchester.

Referring to the victims as “liberal trendies,” Jones accused the dead and injured of being the people “on average, who were promoting open borders, bringing Islamists in.” He immediately went on to promote his website, even bragging that one of his contributors is “from that area” and a fan of the Manchester United soccer team. His rant continued with his typical crazed lunacy claiming that the “globalists put in Muslims to destabilize” the West.

Not to be out-done, Canada’s Rebel Media purchased the domain name manchesterterror.com. The URL directs users to the right-wing outlet’s coverage of the Manchester attack. Reports with headlines like: “The mayor of Greater Manchester works with Islamic radicals” litter the site. Reporting outside of a mosque, one of The Rebel’s hate mongers, Tommy Robinson, says that Muslims won’t report on other Muslims that “do an ISIS” and claims that those living near the mosque are “enemy combatants.”

Additionally, Mike Cernovich, Milo Yiannapolis, David Duke, and other conservative psychopaths hopped on Twitter to remind the world of Ariana Grande’s 2015 incident in a donut shop where saw a tray of oversized donuts and said, “I hate Americans. I hate America.” Grande apologized for the incident, saying that she was referencing food waste and childhood obesity in the United States. However, that did not stop fringe personalities from attempting to tie her comments to the terrorist attack.

Of course Fox News couldn’t resist getting their agenda out on the airwaves. Appearing on “Hannity”, Jay Sekulow of the American Center for Law and Justice started off by saying “I don’t want to politicize this” before going on a fiery rant asking if, after the UK attacks, “anyone wants to argue we shouldn’t have an executive order restricting who’s coming into the country so we know who these people are?”

While the right-wing fringe uses hatred to drive clicks and ratings, the rest of the world is mourning the loss of young lives, like 8-year-old Saffie Roussos, 18-year-old Georgina Bethany, and 26-year-old John Atkinson. On Tuesday, thousands gathered for a vigil in Manchester for the victims.