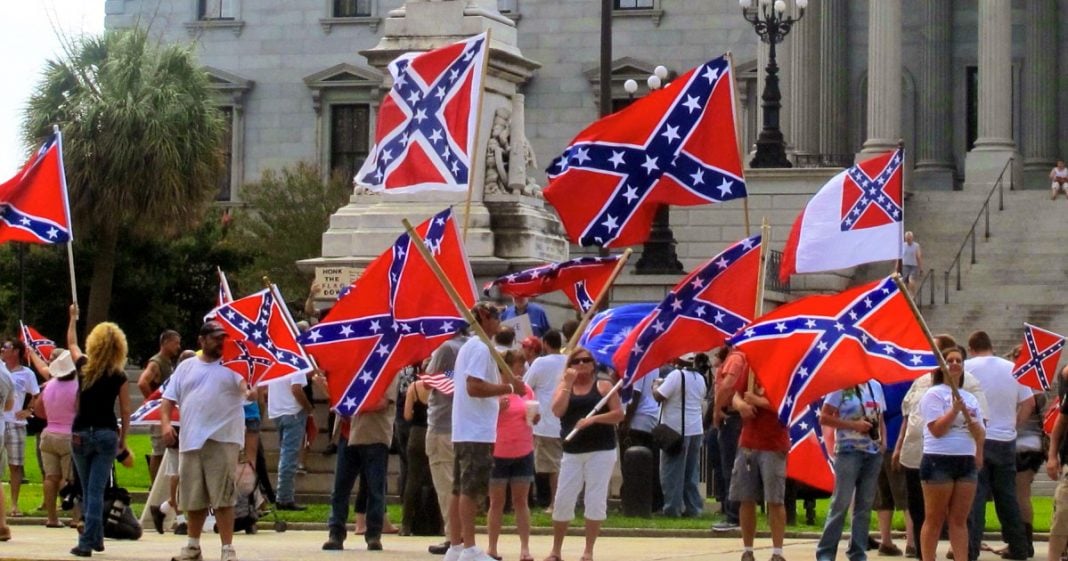 In a rousing speech given on Friday, New Orleans, Louisiana mayor Mitch Landrieu explained why the city’s removal of four major Confederate monuments was the best course of action for the diverse, modern city.

Responding to critics of the removal who joined in protest to defend the monuments in the name of history, Landrieu made a startling observation.

“Why there are no slave ship monuments, no prominent markers on public land to remember the lynchings or the slave blocks; nothing to remember this long chapter of our lives; the pain, the sacrifice, the shame—all of it happening on the soil of New Orleans.

So for those self-appointed defenders of history and the monuments, they are eerily silent on what amounts to this historical malfeasance, a lie by omission. There is a difference between remembrance of history and reverence of it.”

During his speech, Landrieu noted New Orleans’ particularly nefarious role in the slave trade, remarking that it was the largest slave market in the nation.

For thousands, New Orleans was the place where their American slavery began, the place from which they would be shipped off to horrors unknown. All of that history, and yet there is not a single monument to the slave ship, to the suffering of thousands of black bodies, to the death and sacrifice of so many unwilling residents of this nation.

Those same “historians” fail to note the true history of the monuments themselves, a record that the Mayor is eager to correct:

“The Robert E. Lee, Jefferson Davis, and P.G.T. Beauregard statues were not erected just to honor these men, but as part of the movement which became known as The Cult of the Lost Cause. This ‘cult’ had one goal—through monuments and through other means—to rewrite history to hide the truth, which is that the Confederacy was on the wrong side of humanity.

Finally, Landrieu noted the true human toll of these monuments, encouraging advocates for the monuments to imagine telling a young black girl what the confederate monuments mean to her.

“Another friend asked me to consider these four monuments from the perspective of an African American mother or father trying to explain to their fifth grade daughter who Robert E. Lee is and why he stands atop of our beautiful city.

Can you do it?

Can you look into that young girl’s eyes and convince her that Robert E. Lee is there to encourage her? Do you think she will feel inspired and hopeful by that story? Do these monuments help her see a future with limitless potential? Have you ever thought that if her potential is limited, yours and mine are too?

We all know the answer to these very simple questions.”

Four monuments were removed from the city over the last week after the city council voted for their removal, a highly contentious decision. The Mayor’s comments came shortly before a State Congressman threatened those removing the monuments, calling for them to be lynched.

The racist attack shows the true colors of those who oppose the removal of the monuments and makes Landrieu’s passionate speech that much more important.

You can read the speech in its entirety at The Atlantic