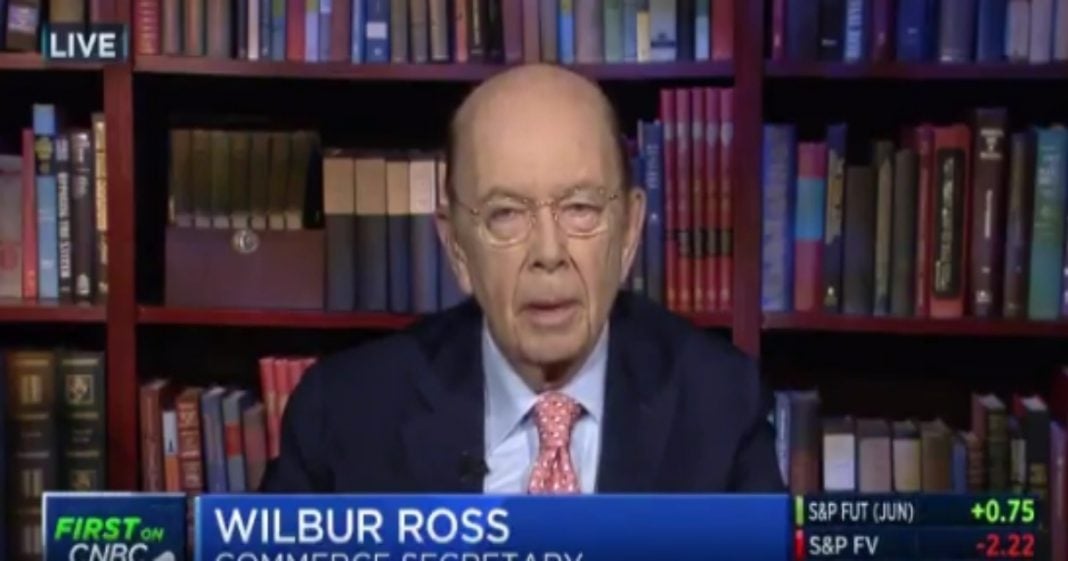 President Trump and his handlers are hoping that a few days in nations other than the United States will do wonders both for Trump’s image and his mood. Still, though the President has managed to shake hands and rub a wall, many pundits and White House defenders are attempting to make a bit too much of the bare minimum.

Ross, who attended the President on his weekend trip to Saudi Arabia, appeared on CNBC Monday morning to rave about the President’s international behavior, noting with glee that there were no protests in Saudi Arabia during the president’s visit.

“I think the other thing that was fascinating to me was that there was not a single hint of a protester anywhere there during the whole time we were there.”

Surely, Ross posited, this was a sign of how well-liked Trump was in the nation.

Unfortunately for Ross, the CNBC host had the barest understanding of Saudi Arabian culture and law and knew, as most any rational person would, that the restrictive nation strictly bans any and all protest.

“But secretary Ross, that may be not necessarily because they don’t have those feelings there, but because they control people and don’t allow them to come and express their feelings quite the same as we do here.”

Unlike the United States which technically respects the right to assembly as a Constitutional right, attempting to organize in a protest in Saudi Arabia is a serious offense. In the past, the government has hunted down and arrested individuals who were involved in protests, publishing their names in the newspaper.

When given the real reason for a lack of protest, Ross said that the law might be why there were no protest, but it was probably really about how awesome Trump is.

“In theory, that could be true but boy, there was certainly no sign of it.”

If you think about it, this is a really good reason for Trump to begin his trip in Saudi Arabia – one need not worry about the bad optics of protests against you if your host country has so suppressed and intimidating its people that they wouldn’t dare take to the streets!

Wilbur Ross: “Fascinating” there were no protests in Saudi Arabia
CNBC: SA has strict govt controls
Ross: “In theory that could be true…” pic.twitter.com/zyyC70onuu