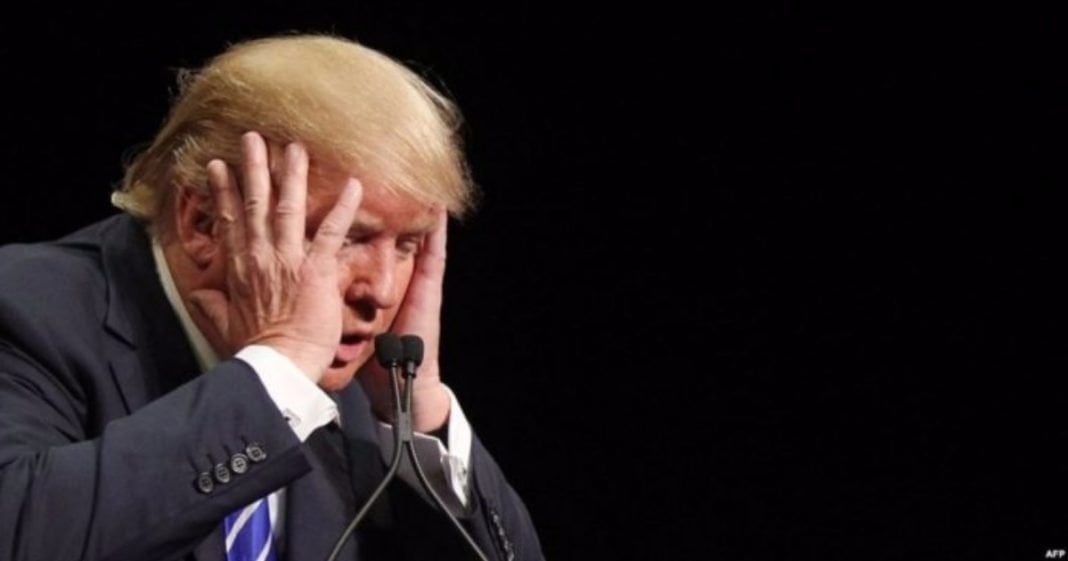 Considering how often “stamina” was a talking-point on the campaign trail, it is more than a bit funny that the POTUS is reportedly “exhausted” from two days of an international trip.

According to a White House aide, the President made a pretty major slip-up during his address to the Muslim world over the weekend because “he’s just an exhausted guy.”

Trump was meant to exclude the anti-Muslim term “islamic extremism,” a phrase that he used to throw around liberally. But since he was speaking to the Muslim world after having made the biggest arms deal in history with Saudi Arabia, Trump was trying to avoid ruffling any Muslim feathers.

Instead, Trump slipped up and said “Islamic extremism,” when he was meant to say “Islamist extremism.” While it seems a small difference, the distinction likely meant a lot to the people Trump was trying to please.

To defend the slip-up, the White House aide said that the President, who is only on the first couple of days of his international visit, was simply too tired to read the words correctly. A simple mistake from a simply exhausted POTUS.

So much for stamina, huh?

During the election, Trump repeatedly engaged in a sexist attack against Hillary Clinton by arguing that she lacked the “physical stamina” to be president. Though he referred to other male opponents as “low energy,” it was clear that Trump was appealing to sexism to correlate Clinton’s femininity with her supposed inability to handle the physical vigor of the presidency.

This, coming from a President who reportedly doesn’t believe in the value of physical activity and who, according to the people who serve him, eats his food lathered in sauce before having an extra scoop of ice cream with dessert.

Trump’s international trip was apparently widely dreaded by those in the administration, Trump most of all. A man of habit, Trump rarely chose to sleep away from home during the election and would fly to one of his resorts to get a good night’s sleep.

Now, spending days away from home is apparently too much for the leader to bear. Talk about low energy.