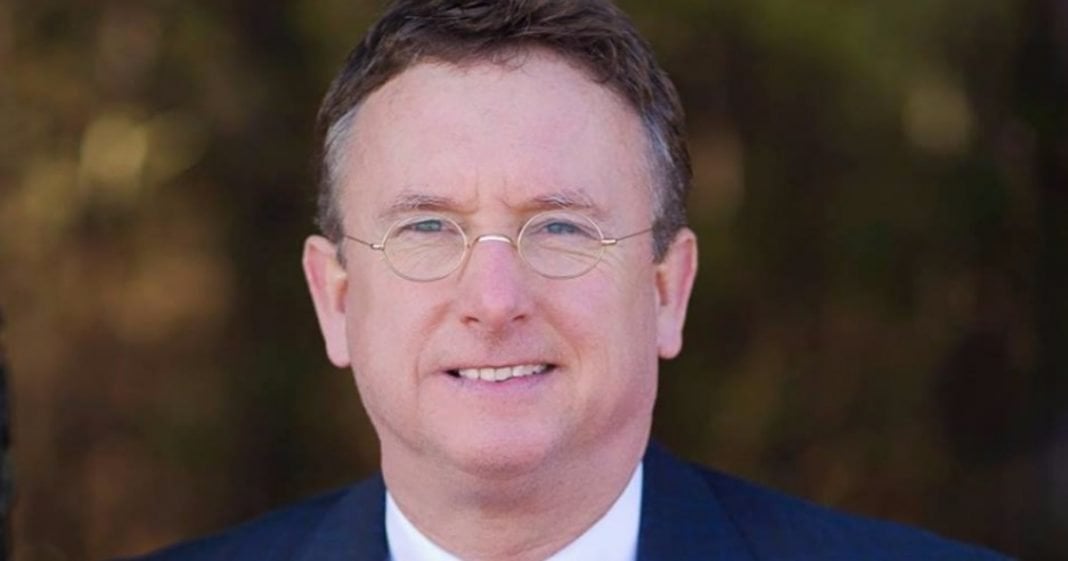 A State Congressman in Mississippi made a disturbing comment over the weekend, calling for the violent hanging of anyone who contributes to the removal of Confederate monuments.

State Rep. Karl Oliver was reflecting on the growing trend of state governments choosing to remove statues and monuments dedicated to the Confederacy in a Facebook post made public on Saturday.

The message caused alarm when the elected official outright said that those in Louisiana who are “destroy[ing] historical monuments of OUR HISTORY” should be “LYNCHED!”

Oliver then assured his constituency that he would do what it takes to prevent such a eventuality in his southern state.

It is completely, unquestioningly clear that no official who enjoys elected office has any business calling for violence to be carried out, or threatening violence himself. If a constituent of his, or anyone else who agrees with him, were to carry out an atrocity after reading this message, the blood would be on Oliver’s hands.

Simply, the removal of these monuments is up to the local governments that vote to either keep or remove them. A state official in Mississippi has no business commenting on the decision, much less calling for violent murder based on the decision.

Oliver must issue an apology or agree to step down. We cannot allow such violent, unhinged officials to remain in office.