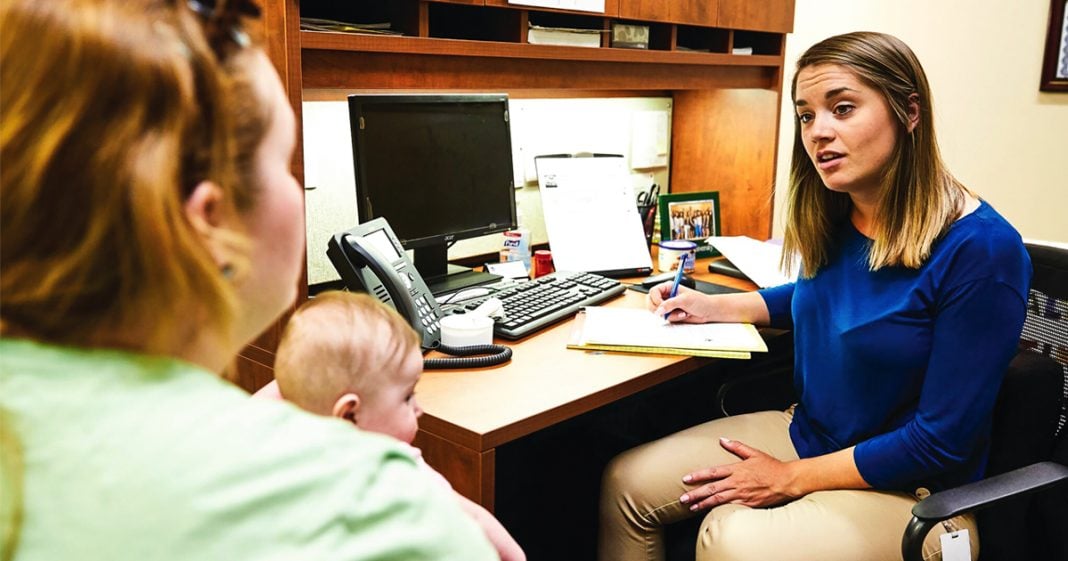 The State of Missouri has used a provision in the Obamacare bill to help thousands of people get care that they need by setting up “health homes,” which allow patients to get clinical and behavioral care along with supportive social services. This provision is working in the “Show Me State,” but now it may be under attack. Ring of Fire’s Sam Seder is joined by award winning writer and editor, Sheree Crute, to explain her piece in The Washington Monthly entitled, “How an Obscure Obamacare Provision Is Quietly Saving Lives, and Money, in Missouri.”

Sam: So, Sheree, embedded in the Affordable Care Act … I think people know the broad strokes, and I would say I think America is far more conscious of the broad strokes of what the Affordable Care Act … we should say the patient protection of the Affordable Care Act because I think people are becoming more and more aware of the patient protections involved in what we now call Obamacare. Within the major pillars, the expansion of Medicaid, the regulations on what constitutes actual health insurance, the baseline for these things, and then the subsidies involved and the exchanges, there are a lot of different pilot programs, and that’s the one that you write about that is taking place in Missouri. Welcome to the show.

Sheree: Thank you. Thank you, Sam. I appreciate that.

Sam: Tell us about this story in Missouri.

Sheree: The story in Missouri is actually a reflection of many things that started happening around the country that were funded by the Affordable Care Act several years ago, actually. 2009, 2010, 2011. This program was an integrated care experiment that was funded for Medicaid patients. Patients that are often called the 5-50. The five percent of patients who use 50% of medical care, and can cost in some communities as much as $10,000 a year in ER costs and hospital costs. In this case, people who also were struggling with various mental illness.

These types of innovations, these types of programs were a key part of the ACA. This one, I believe, was done through the Social Security Administration. There are others that were largely done through the Centers for Medicaid and Medicare Innovation Center, which is still alive, but there is question about how long it may be. There were efforts to reform payment models and give people better care.

Sam: All right. Let’s start with this 5-50 designation. I’ve heard of that dynamic a lot more as of late. For many years, we heard that basically 80% of health care costs are born by 20% of the population. This is, I guess, a subset of that 20% population, which bears an even greater percentage of cost. Let me ask you this, and then I want to go through what that profile of a person, what would cause that person to be requiring so much care, but when we talk about the United States as being much more expensive in terms of health care per capita, is it because that five percent exists and doesn’t exist in other situations? Is it because the care for that five percent is that much more expensive? Is it because we lack preventative care that would undercut that? Does it, I guess, maybe speak to the success of this program as where the delta is between that five percent in this country and that five percent in, say, Canada?

Sheree: Yeah. I would like to say in this case that five percent is usually defined by two or more chronic health conditions. Say they have heart disease, diabetes, and hypertension. In the case of this program, they are also struggling with a serious mental illness. That is even if it’s depression, it’s serious enough to require medication. Washington Monthly Magazine specifically asked me to investigate and to look at programs for that group. That’s how they’re defined, but these people are, of course, all over the world.

The big answer is to why it costs too much, that is the billion dollar question. I suspect that it is how we care for people in the United States, how we charge for care, and the lack of a support network for people who really need it, which is what these programs reveal, which is what the difference is in the health indicators and the health quality and the life quality of these people when they do get that support. But it’s a very special kind of support. It’s very rare in the United States. It might be that that support is more available in a country where there might be universal care, or where social services might be easier to access. In this particular case, all of these people are Medicaid patients.

Sam: It is a fascinating story. You focused on a woman, Pat Powers, and her treatment at the Crider Health Center in St. Charles, Missouri. You really do get a sense of what can go wrong when you have a patient who is taking so many different medications, but they’re coming from so many different sources in some ways.

Sheree: Yes. She had a mental health provider who had no relationship with her primary care provider. They didn’t know each other. She was initially trying to juggle several part time jobs to hold herself together, which was making her anxiety disorder and depression and other psychological issues more difficult to manage. On top of that, she was trying to manage diabetes and weight and medication for her behavioral disorders all on her own. She eventually couldn’t deal with the job, which meant not being able to keep up with the insurance. I think she might have briefly lost housing though she has housing now. It just came apart. It requires a great deal of attention.

One of the care providers that I interviewed, Nancy Gongaware, who was a nurse navigator in this system said, ‘Just think of how much it takes for a person whose life is completely together to just manage diabetes.’

Sam: I would imagine there are reactions between the medication, too. If you don’t have the same person who is prescribing them or isn’t aware of what’s being prescribed, and you have a patient who is having a tough time maintaining the different medications that they are supposed to be taking, or that they are taking, that I imagine these interactions become a problem.

Sheree: Yes. This is a patient centered medical home demonstration, and they were carried out all over the country, and hopefully they will continue to be. One of the key aspects of a medical home is to make sure the providers caring for a person interact with each other and share medication information, and share information about hospitalization so that a behavioral health provider, for example, knows when someone ends up in an ER. So that they don’t have this situation where a person is being overmedicated or having interaction.

Sam: Okay. We’re going to take a break, and when we come back, I want to talk about the specifics of this pilot program and this grant that Missouri got, and I want to talk about why they’re getting a pilot program for Medicaid when they didn’t accept the expansion of Medicaid in that state. We’ve got to take a quick break. We’ll be right back. We’re talking to Sheree Crute. She has written a piece for the Washington Monthly, “How an Obscure Obamacare Provision Is Quietly Saving Lives, and Money, in Missouri.” I’m Sam Seder. This is Ring of Fire. We’ll be right back after this.