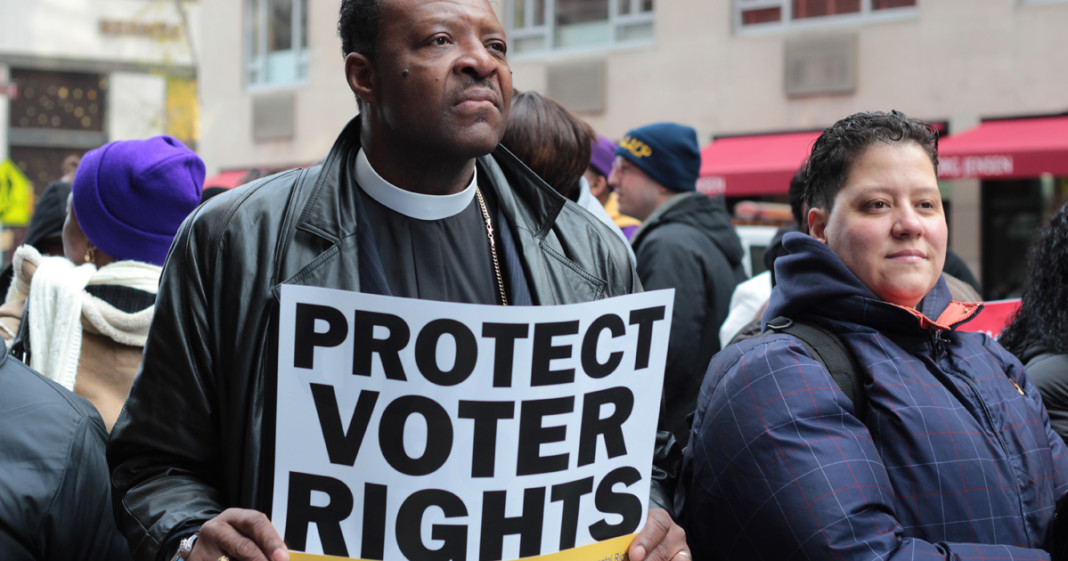 Alabama Governor Kay Ivey is expected to sign a bill into law this week which would restore voting rights to thousands of felons.

The bill, the Definition of Moral Turpitude Act, would free thousands from voter disenfranchisement by strictly defining previously widely applied language which had until now barred all felons from ever voting.

In Alabama, the language in the state’s constitution which bars felons from voting vaguely states “no person convicted of a felony of moral turpitude” may vote. Under this umbrella term, the state has applied “moral turpitude” to any felony, meaning that any and all felonies result in a loss of voting rights.

Under the new law, “moral turpitude” would only apply to a narrow set of felonies, freeing thousands to register and take part in Democracy once again.

“Rather than continuing to be loosely interpreted as referring to every felony but a list of five that includes driving under the influence and aiding and abetting, the term would refer to less than 50 specific “felonies that involve moral turpitude which disqualify a person from exercising his or her right to vote,” the legislation states.”

Many eyes are certainly watching Alabama as the legislature passed the bill and the Governor is set to sign it, especially because there are still several other states that bar felons from voting for life. For some states, this means hundreds of thousands of would-be voters are disallowed from participating in the cornerstone of our Democracy.

In Florida, a former felon who was barred from voting for his own wife in an election is now leading a group working to restore voting rights to reformed felons. In other states, similar efforts are taking place.

While it would be best for Alabama to restore voting rights to all felons, the restoration of thousands is a major step forward, and one that the rest of the country should take note of.