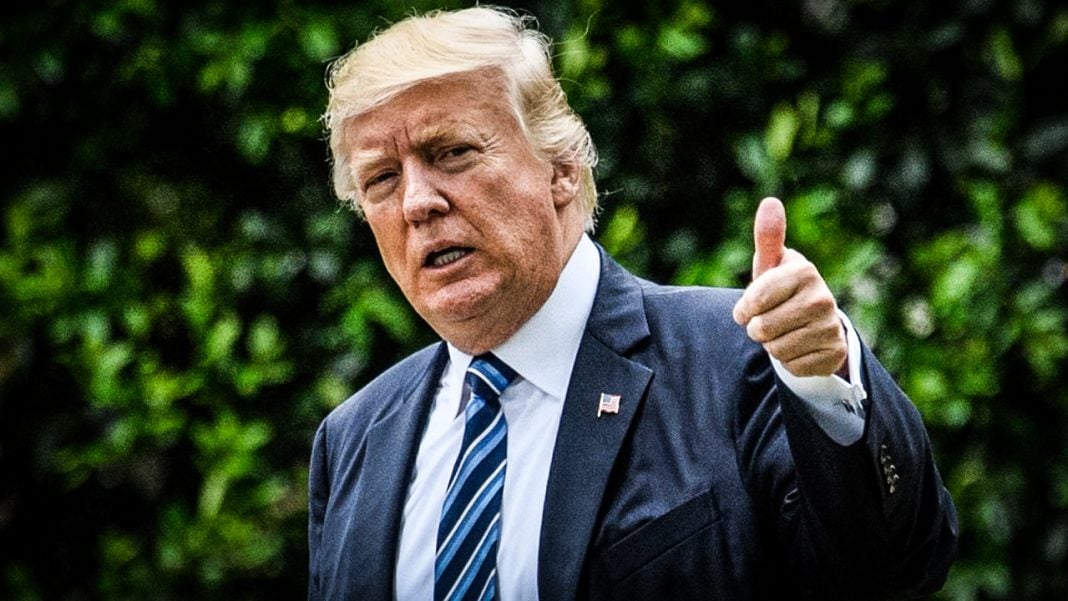 Donald Trump has lived a life without consequence, much like the drunk driving Ethan Couch who killed several people but was let off easy by claiming “affluenza.”  And Donald Trump’s “affluenza” is what has created so many of the scandals that are quickly sinking his presidency. Ring of Fire’s Farron Cousins discusses this.

There was an interesting article on vox.com recently, that said Donald Trump is not a child. He’s the product of the American culture of impunity for the wealthy. Now, many times, myself included, we have heard progressives make that analogy of Donald Trump acting like a child. Hell, recently even NATO said that preparing for their meeting with him was like preparing for a child.

But I do see what vox.com is talking about, and in fact it’s something that I had pointed out about a year ago, and that is, Donald Trump has brought affluenza to the forefront of American politics. That’s what Vox is trying to explain here. We need to stop looking at Donald Trump as a child who doesn’t necessarily know right from wrong, and look at him more at how the United States treats the super wealthy. Just like the kid, Ethan Couch, who killed a couple people while he was out drunk driving, and never saw a day in prison, and it was because his lawyer said, “well, he’s been so rich his whole life, so privileged, that he doesn’t even understand consequence.”

And that defense worked. They recognized that this so-called affluenza was a condition, and that is exactly what Donald Trump has, and that is the cause of all of the current problems we’re seeing with his administration. We have reports out now that there were 18 different contacts, at least, between his campaign and the Russians during the presidential campaign. Now, maybe he knew about this, maybe he didn’t, I have to assume he did, but the reason he does these things, the reason he fires James Comey and then gets frustrated when people get mad about it, is because he has lived his whole life without consequence, because he does suffer from affluenza, in addition to a pretty bad case of narcissism.

But he doesn’t understand consequences the way you and I do because he’s never had to deal with them. He’s never had to deal with the consequence of maybe I want to go buy a new car, but that means I’m also not going to be able to afford these other things. Maybe I want to break the law a little bit, which would get the regular person put in prison, but I’m rich, I can afford the best lawyers, I can get off with just paying a fine and move on with my life like it never happened.

That’s what affluenza is, that’s what affluenza does, and that’s how the United States treats it. There are two separate systems of justice in the United States. There’s one for the wealthy, and then there is one for everybody else, and they are nowhere near the same. You want further proof of that? Look at how many bankers went to Wall Street after literally committing crimes, stealing money from people, and then what? None of them went to jail for any of that. None of them, and that was under a democrat, with a democratically controlled department of justice.

They paid fines, they write most of it off in taxes, so technically we the taxpayers paid those fines, but that’s affluenza. They have a ton of money, so there are no consequences for them. And it’s not just a mental state, it’s how we’ve built this country at this point. That is the system we have set up as a United States. If you’re rich, you don’t have to understand consequences, but if you’re not, we’re going to hit you with the hardest consequences we possibly can. And that’s why we’re seeing so many problems with Donald Trump, that’s why he’s has problems since day one. That’s why he had problems with his campaign.

He himself has said, in that Access Hollywood tape when he was talking about grabbing women by the genitals, he said, “you can do what you want,” and it’s because he’s wealthy. That is how he’s lived his life, that’s how he was born, that’s how he was raised, that’s how he’s going to end up dying one day. In a world without consequence, where he can do whatever he wants because he’s got more money than most other people, and again, it’s because the United States has essentially set up a system that coddles the wealthy and castigates the rest of us.