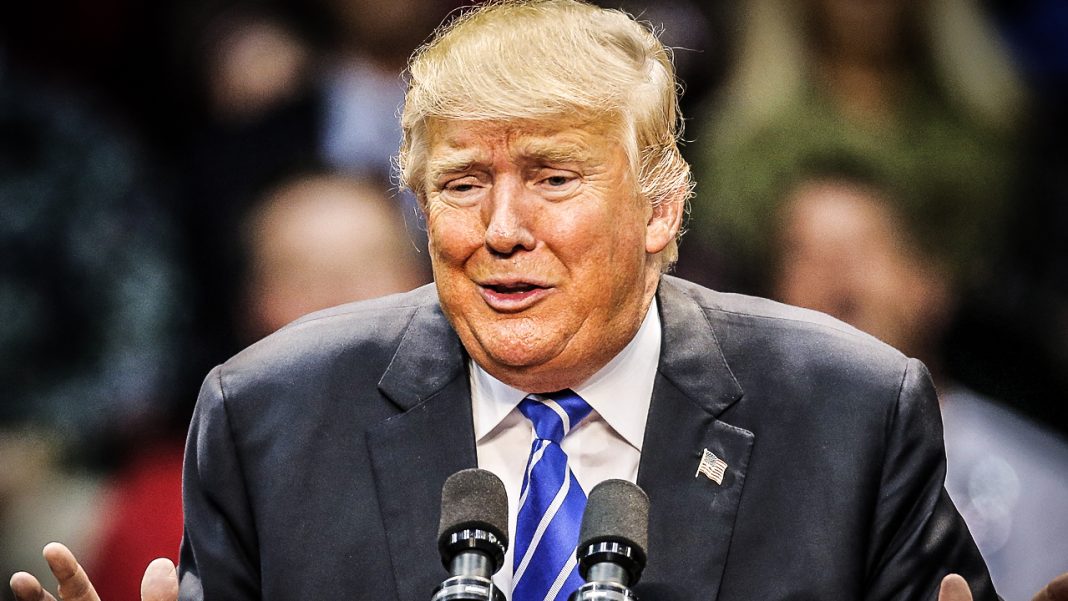 A new Gallup poll shows that the President’s approval ratings have fallen a few more notches since the firing of James Comey, staying solidly below 40%.  Furthermore, only 29% of the public agrees with his decision to fire Comey, showing how unpopular this man’s actions are becoming.  Is there any way for Trump to recover?  Let’s hope not. Ring of Fire’s Farron Cousins discusses this.

According to the latest polls, both by NBC and by Gallup, Donald Trump currently has a 39% approval rating. Now about a month ago, that approval rating was about 42%, so in the last month or so he has dropped three points at least in national polls. Furthermore, only 29% of people polled in these recent polls approved of Donald Trump’s firing of James Comey. 29% of people approved of this man’s action in firing Comey and overall, only 39% of the public approved of the job that he is doing as president of the United States. Now I’ve asked this question before, but I want to ask it again in the off-chance that one of those 39% is going to be watching this. What has this man accomplished? What has he done that you actually approve of?

Now I get it. Republicans are hardliners. They’re going to support their team no matter what. Ups and downs, slips and falls, they’re going to support them because that’s their team, that’s their brand, and Democrats are the same way to an extent, but not in the way that Republicans are, and so I ask that 39%, what has he done that you approved of? Saying that you don’t approve of his job isn’t a bad thing, but I want to know what specific accomplishment has this man achieved that you think is good. He hasn’t done anything. What? The Muslim ban that continues to get struck down in courts or the revised Muslim ban that continues to get struck down in the courts? His appointment of Gorsuch? I mean, really Gorsuch is the only thing Trump has to his name as far as accomplishments go.

I’m assuming you approve of the constant golf outings and the amount of money that the United States government is paying to Trump properties for these golf outings and hotels and security and food, money that’s going back in the pockets of Donald Trump. I guess you approve of that. If so, why did you guys attack Obama so much when he would go play golf occasionally? I mean, Donald Trump, by the end of the summer, will have played golf more times in office than Barack Obama did in eight years. By the end of this year, Donald Trump will have spent more on travel and vacation time than Barack Obama did in eight years. Yet you relentlessly attacked him for eight years for doing these things, the same things that you think are perfectly fine for Donald Trump to be doing.

The only thing, the only bump Trump has gotten in his approval ratings since he took office was when he sent about 50 Tomahawk missiles over to Syria. That got him a little bump because the media loved it. The public loved it. We love when you go out and just kill people in other countries. So much fun, but that was the only time, and what’s worrisome about that is the fact that Donald Trump’s approval rating keeps falling and if he wants it to go back up, because we know how the corporate media reacts to it, the only way he’s going to accomplish that is by going overseas and bombing the hell out of somebody. We’re going to leave dead civilians everywhere. We’re going to use the missiles that Donald Trump owns a financial stake in, so he gets a little bit more money off of it. The wars profiteers are going to salivate.

The media is going to salivate of the prospect of a new war and the American public will be frightened to the point that they have to approve of Donald Trump’s job because they don’t quite understand what’s going on in the world, and they’re scared and terrified, and we need a leader who’s going to help us. That’s what’s happening. That is the only way this man could improve his approval rating, and I promise you it will happen. He fully understood what he was doing the first time he bombed Syria. He will do it again, maybe not Syria, but he will bomb somewhere else and he will see his approval ratings climb, and the more they climb, the more bombs he’ll drop, the more positive media coverage he’ll get, and the more he can feed his disgusting, pathetic, man-child of an ego. That’s the only way he will improve his approval rating, and I guarantee you he knows that and I guarantee you they’re trying to figure out how they can do this without it currently being illegal.