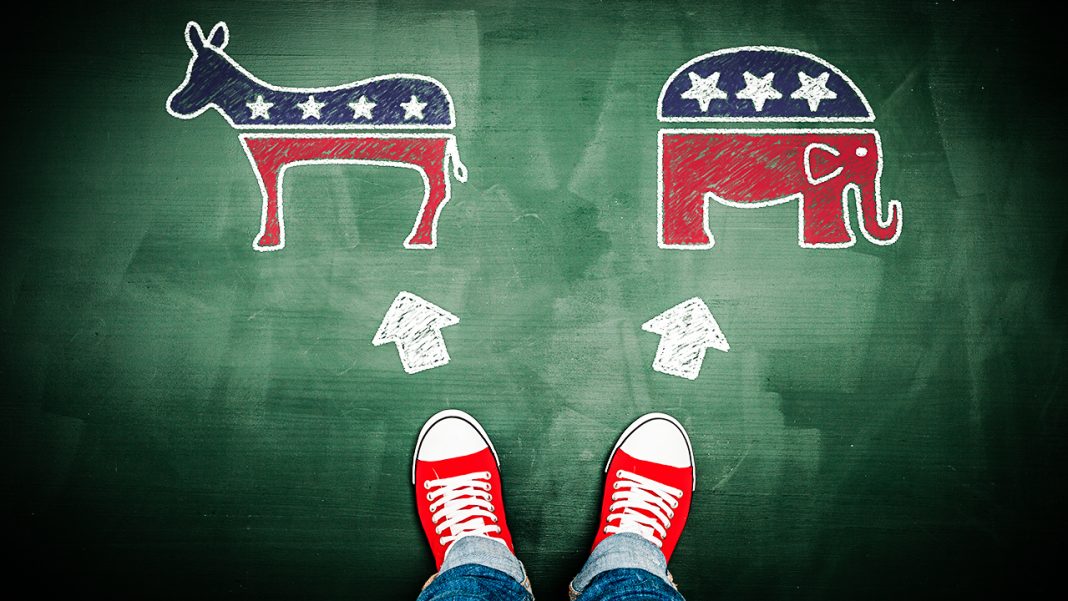 According to a new study, young Americans are abandoning the Republican Party at a rapid rate, leaving the Part with little hope for the future.  But when you offer nothing to young Americans and ignore their plight, you can’t be surprised when they don’t want to sign up for your club. Ring of Fire’s Farron Cousins discusses this.

According to a new poll, the GOP might be in trouble in the very near future. Pew Research tells us that, in the last two years, 23% of Republicans, registered Republicans, aged 18 to 29, have abandoned the party, switched their party affiliation. Furthermore, almost half of Republicans under the age of 30 have, at one point, switched their voting registration or abandoned the party completely during that same time, just in less than two years.

What’s remarkable about this is the fact that currently, Republicans control absolutely everything. They’ve got the legislative branch, executive, judiciary, and two-thirds of state governorships, and state legislatures. Perhaps, that’s why young people are abandoning the Republican Party. You know, when you think about it, most of those people within that age range, the only Republican presidents that they have had in their lifetime, people up to the age of 25, have been George W. Bush and Donald Trump. Now, do either of those men seem like people who care about the younger generation, about the plight of young voters, about the job market that these people are entering after racking up $40,000 or $50,000 in student loan debt that they can’t possibly pay off going into a job market that essentially doesn’t exist? Do you think George W. Bush or Donald Trump actually cares about that? That’s what these voters are faced with. That is all they know of the Republican Party.

See, the thing is, these millennial voters, they’re not only looking out for themselves like Republicans. Sure, they want to make their situation better, but they also seem to have this understanding that it’s not only about themselves. Everyone has to do well in order for this country to do well, something that Republican voters forgot a long time ago. In fact, this same Pew poll that shows that young voters are leaving the Republican Party shows that the strongest base of the Republican Party right now are people who turned 18 when Eisenhower was president. That kind of gives you a feel for what’s happening with this Republican Party.

My advice to the current crop of elected Republican officials is, go ahead and enjoy this power while it lasts, because you have an entire generation of people coming up of voting age right now who don’t appreciate what you’re doing to this country, who don’t appreciate the fact that you’re trying to make it harder for Black people to vote, who don’t appreciate the fact that you’re trying to round up Hispanics by the thousands and send them over the border and get rid of them from our country. This younger generation, even those who still consider themselves Republicans, are far more accepting of things like a woman’s right to choose, of same-sex marriage, and of immigration. The only people who are firmly against all of those things are those old holdover Eisenhower Republicans who keep voting for people taking away the rights of the younger generation.

Think about it this way as well, if you have Eisenhower era Republicans voting for an anti-choice politician today, that’s an issue that does not affect them whatsoever. They’re not losing any rights because of that. They’ve passed childbearing age. It doesn’t affect them, so they don’t care about taking away your rights. The young voters understand that. While they might get angry about it, they’re not about to vote for somebody who’s going to strip those same people of social security, or Medicare. Because as horrible as those voters are, as selfish as they’ve become, at least the millennials know better, at least they’re a little bit more mature than those Eisenhower voters. They understand that what’s good for everyone is good for this country.