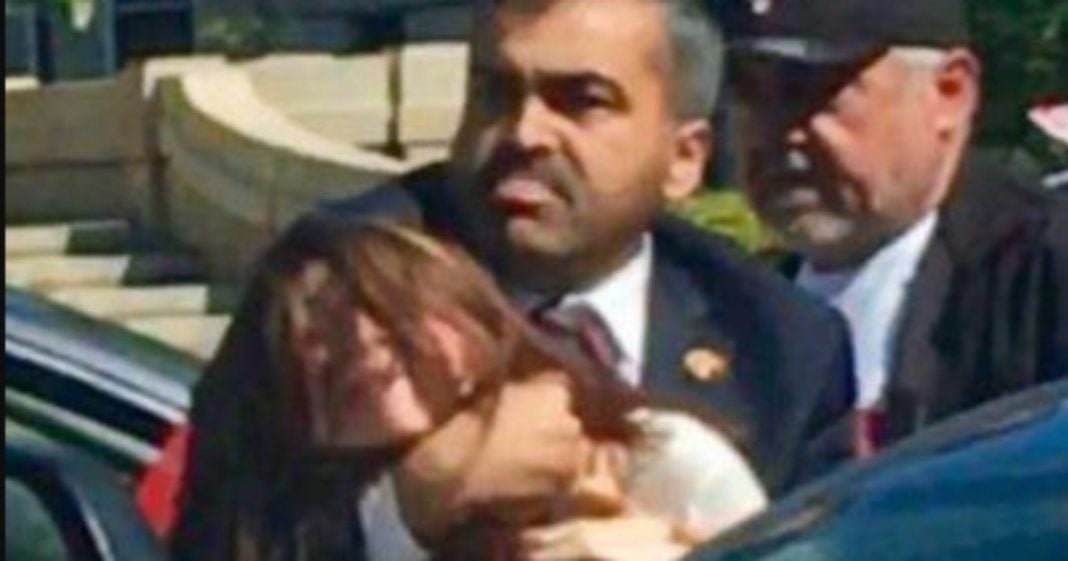 While our president is eager to tweet about how persecuted he is or remind us that he won the 2016 election, he apparently has not a word to spare to condemn the actions by a foreign government against U.S. citizens committed just miles from the White House.

Earlier this week, the Turkish President appeared to order his guards to attack a small group of protesters in D.C., an act of violence which he witnessed and sanctioned.

Recep Tayyip Erdoğan had entered the U.S. on a state visit, and had earlier in the day joined President Trump in the White House. While visiting, Trump praised Erdogan, calling him a strong ally to the United States in the fight against ISIS.

In video footage widely circulated, it appears clear that Erdogan instructed his suited bodyguards to move in on the group of protesters from the safety of his car. Shortly after Erdogan speaks to one of his guards, a member of the Turkish ensemble runs full speed into the crowd of protesters, beginning a skirmish.

The article continues below the video.

During the clash, Erdogan appeared to step out of his vehicle to witness the clash. Clearly, he did not feel threatened.

The conflict was brutal, and nine Americans were hospitalized as a result of the violent clash. The State Department issued a stern statement in response to the attack, but for many, that is not enough.

Lawmakers and private citizens alike are outraged by the attack and have asked that the Turkish officials be forced to leave the country or face charges for their actions. Some lawmakers like Senator John McCain strongly condemned the clash and called on the U.S. to kick the Turkish ambassador “the hell out of the United States of America.”

Though the State department condemned the act, the White House has remained wholly silent on the issue. Likely, Trump is attempting to salvage his own amicable relationship with Turkey, one of the locations of his many Trump hotels.

While Trump is busy whining about how hard his life is, he is allowing his buddies from other countries to do what they please to American citizens without consequence. What kind of “America first” policy is that?