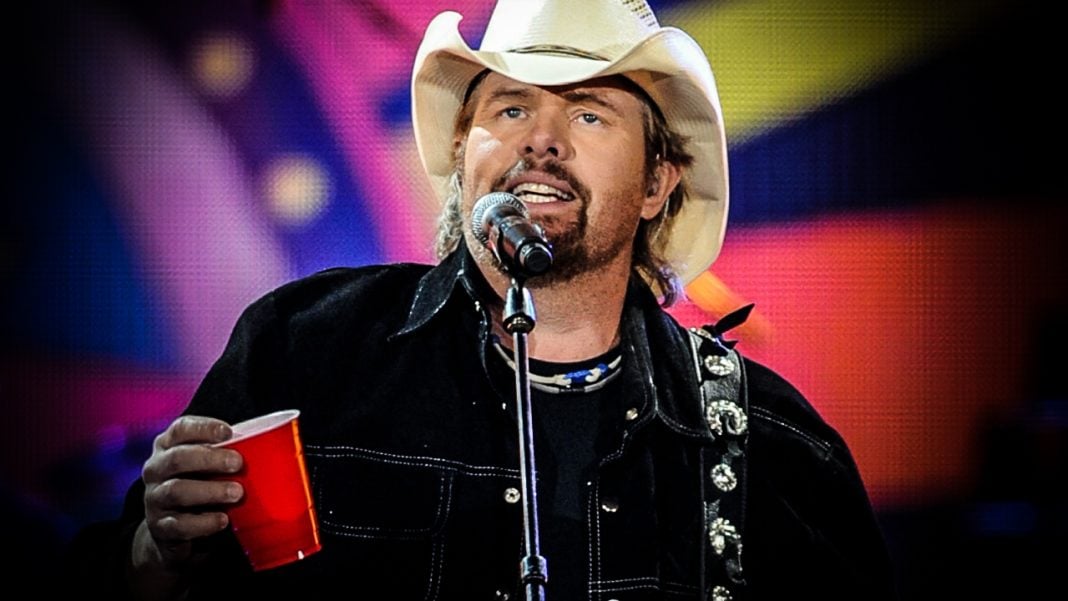 Donald Trump is set to embark on his first international tour, and will be making a lengthy stop in business partner – er – fellow nation Saudi Arabia. But while Trump is cozying up to his business contacts in Saudi Arabia, country singer Toby Keith will be performing at a male-only concert in the nation’s capital for… some reason. Ring of Fire’s Sydney Robinson discusses this.

We already knew Keith was a favorite of Trump’s after he agreed to perform at the president’s inauguration concert in January, but no one could have guessed just how far Trump’s fandom would take old Toby.

Clearly, Toby Keith is having his best year since September 11th, 2001.

The once-famous country star is reportedly following President Donald Trump on his first international tour and will play a male-only show in Saudi Arabia’s capitol on Saturday. He will be joined by a local singer and Arabian Lutist for the event.

The big question is if old Toby will play his biggest hit – you know, the one about putting America’s collective boot up the ass of terrorists? If you’re unfamiliar, in the wake of the 9/11 attacks, Toby Keith, along with several other musical artists, rode the wave of pro-America sentiment by releasing a song called “Courtesy of the Red, White and Blue.” The song features a rousing chorus which begins with a threat to put a boot up the ass of any terrorists who took part in the attack. Basically, Toby Keith spends three minutes saying in a multitude of ways how the United States was gonna kick the ass of the terrorists – hell yeah!

But wait, those terrorists he sang about… they mostly came from Saudi Arabia! And that whole kicking their ass thing sure didn’t work out, did it?
No, the U.S. continued its cozy relationship with Saudi Arabia in the wake of 9/11 and instead spent a decade killing brown people in OTHER nations.
Wow, this might get awkward…

Even past his patriotic hit inspired by 9/11, Toby Keith’s repertoire is full of songs about drinking, partying, and more drinking. Considering alcohol is outright banned in Saudi Arabia, will Toby skip those songs as well?
What would Saudi Arabian men put in their red solo cup anyway?

Oh and that brings us to another point – Keith will be performing at a men-only venue due to the restrictive religious laws governing Saudi Arabia… Apparently, the proud and patriotic Toby Keith had no problem accepting such a controversial gig?

Toby aside, its clear that Arabs are excited for Trump’s visit, and for good reason. Trump is currently considering a so-called Arab NATO which would, among other things, result in the largest arms deals in history. With a juicy arms deal in sight, Saudi Arabia is eager to let Trump get away with whatever patriotic spectacle he likes, including a planned speech directed at the Muslim world.

Meanwhile, Toby is free to spout as many “yee-haws” as he likes.