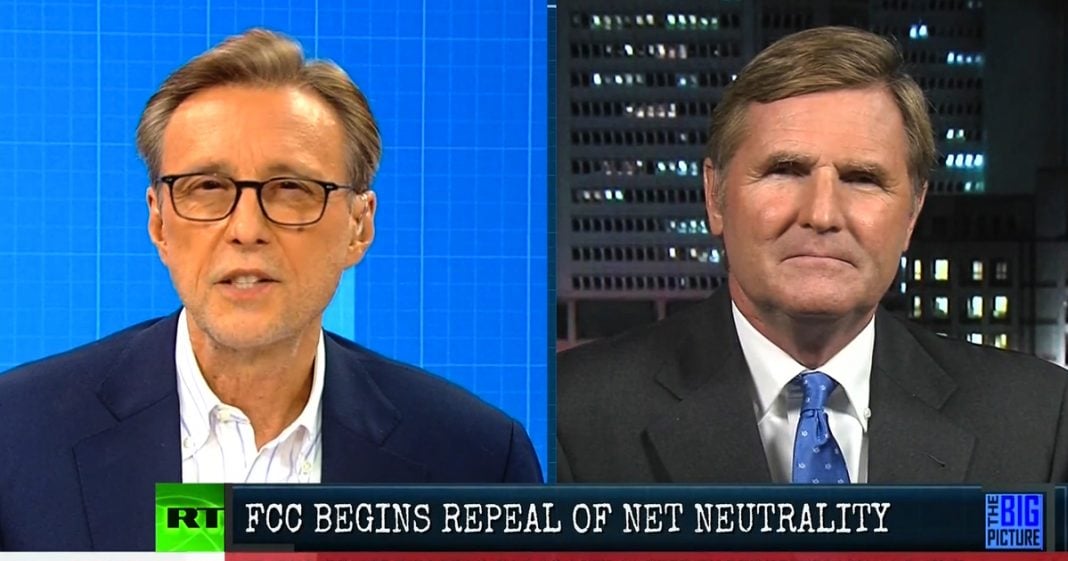 Via RT America: With most of the media locked in on coverage of Donald Trump and his ballooning scandals – it’s easy to forget that there are other very important things going on in the country right now. One of the most important is the ongoing push by FCC chair Ajit Pai to hand the internet over to big telecom companies. Pai inched a little closer to that goal – as the FCC voted 2 to 1 to begin repealing its net neutrality rules. The biggest fight in the Internet’s history has just begun – but don’t expect to hear about it on mainstream media. Thom Hartmann is joined by America’s Lawyer Mike Papantonio to discuss this topic.