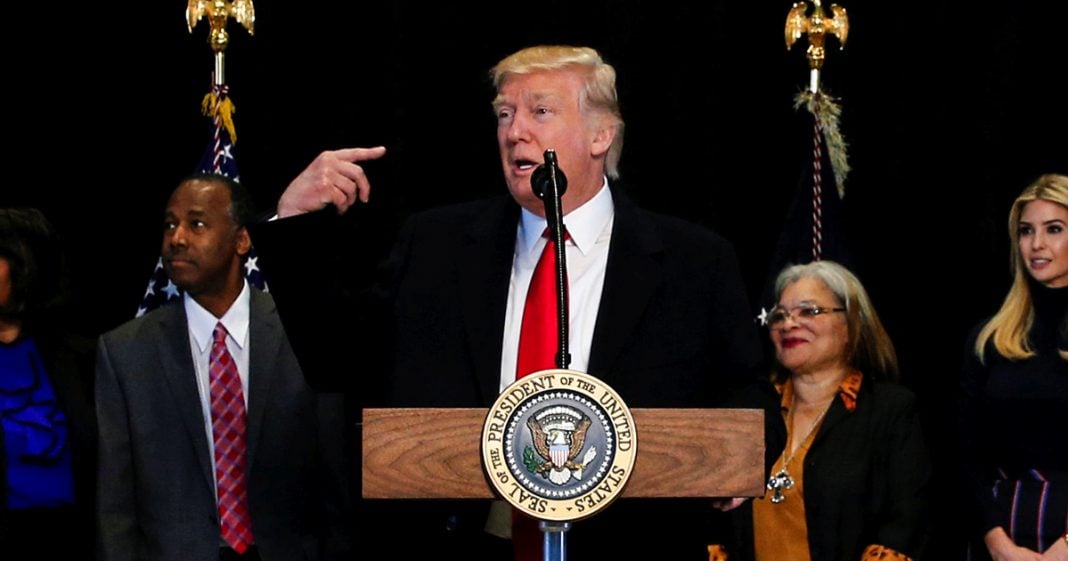 During his ever-shortening international trip, President Trump may spend just 15 minutes at Israel’s Holocaust Museum, a time-saving measure that will only reflect badly on the suffering administration.

Reportedly, Trump’s team plans to shorten his trip to the museum to 15 minutes, just long enough for him to sign the guest book, make some brief remarks, and skedaddle.

As ThinkProgress noted, both President Obama and President George W. Bush both spent an hour or more at the Yad Vashem museum, taking a tour and giving speeches.

“The duration of his visit—shorter than his time spent schmoozing with the New England Patriots last month—might pass unobserved were it not for the Trump administration’s already tense relationship with the Jewish community and shaky grasp on the facts of the Holocaust.”

ThinkProgress also notes that Trump has spent a larger share of time with many lesser deserving people and locations, including the New England Patriots just last month. Still, Trump reportedly dreads his impending international trip, and his aides likely are dreading it even more. Already, the trip has been shortened by several days, and may be shortened even further before he returns.

Of course, Trump’s brief visit would not be worthy of a write-up at all if it were not for a series of gaffes related to both the Holocaust and the Jewish religion during his short presidential term.

The first misstep occurred during International Holocaust Remembrance day. While many were circulating think-pieces exploring the similarities between pre-WWII Europe and 2017 America, the Trump administration issued a statement on the holiday without once mentioning Jewish people.

Later, Press Secretary Sean Spicer referred to the large network of concentration camps where millions were murdered “holocaust centers,” and said that even Hitler didn’t use chemical weapons against his own people as a explanation of why the U.S. took military action against Syria.

For an administration that has had repeated gaffes relation to the Holocaust and the Jewish people as a whole, it’s clear that this is yet another instance in which Trump failed to see the optics.