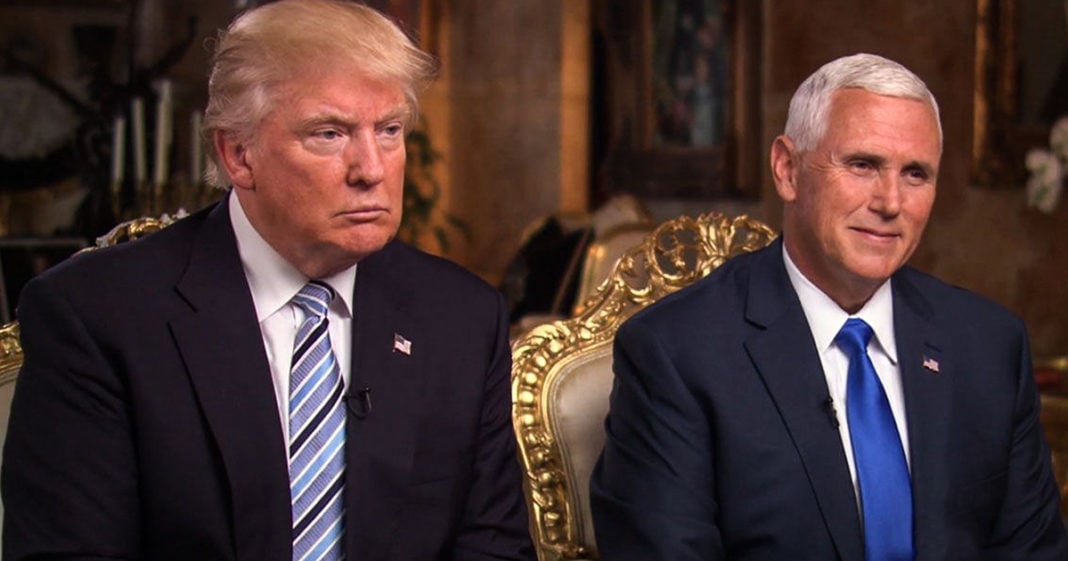 With numerous scandals facing the White House, Vice President Mike Pence has taken his first steps toward a more powerful political position. The “Great America Committee” was launched as a political action committee by Pence, according to a registration posted on the Federal Election Committee’s website. The PAC will be able to fund Pence’s travel expenses to campaign events, including paying for his use of Air Force Two.

The PAC will be run by Nick Ayers, one of Pence’s advisors during the 2016 campaign. Ayers told Bloomberg:

“The Vice President is playing a leading role in passing legislation on the Hill. He wants to support House and Senate members who are helping pass the president’s agenda.”

Surely, the President’s largest campaign promises have faltered as passing the American Health Care Act and a massive tax reform bill have struggled to find even partisan support. Perhaps the Vice President will indeed raise money to help push Trump-friendly candidates in the 2018 midterms, to help legislation move more quickly.

Speaker of the House Paul Ryan, among other elected officials, set up a similar leadership PAC, which has raised millions of dollars in campaign funds to help fund Republican campaigns. Ryan even chose to fundraise on behalf his PAC, instead of meeting with constituents during a Congressional recess earlier in the year.

However, the move is not typical for a Vice President. The two previous Vice Presidents, Joe Biden and Dick Chaney, did not set up a leadership PAC. Though, a source told NBC that the PAC is not for a potential Presidential run in 2020. The source was quoted as saying:

“Don’t read into 2020 as anything other than his running for re-election as vice president in 2020 and supporting other candidates.”

Pence has kept an incredibly low profile during the turmoil surrounding President Trump. As calls have intensified for impeachment proceedings or at the very least, increased investigations into his alleged collusion with Russia in the 2016 elections, Pence has been seen as a dutiful, yet distant servant. While Trump has dominated the media with his boastful claims, Pence has been on the campaign trail. Just last Friday, Pence traveled to Montana to stump on behalf of Greg Gianforte ahead of a May 25th special election to fill a vacant House seat.

Despite the denials, it is hard to imagine that Pence is not at least considering the possibility that Trump will not be serving as President much longer. However, it is important to remember that while the country may be ready to move on from President Trump, President Pence is not exactly a gem of a prospect. As Ring of Fire’s Farron Cousins noted: