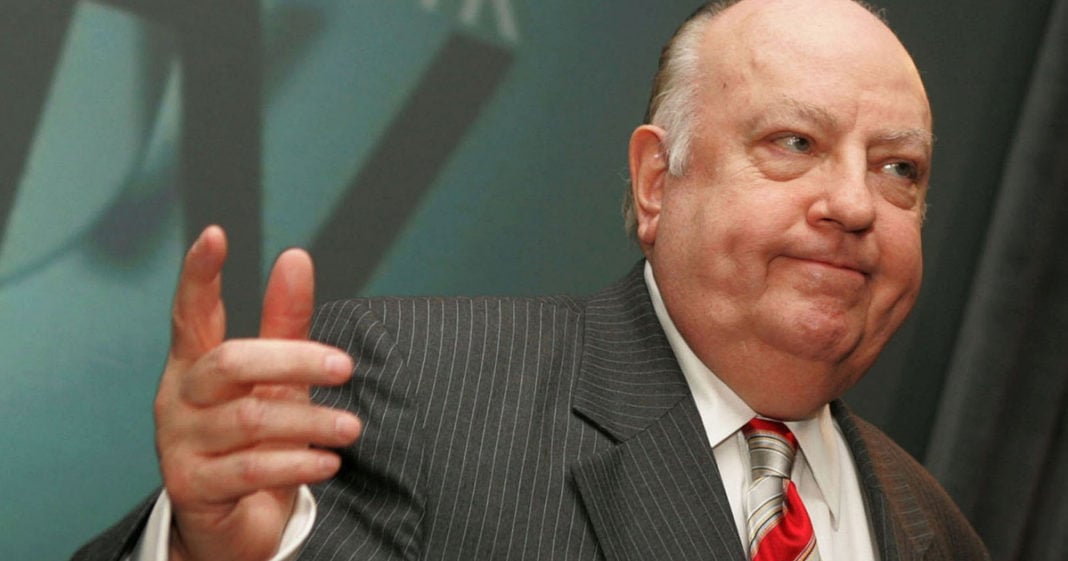 He remade television and exposed corporate media’s bias, only to be ousted amid a massive sexual harassment scandal. Roger Ailes, an accomplished but perverse man, died Thursday at age 77.

After a long career that merged television and political consulting for prominent Republicans, Ailes was hired by Rupert Murdoch to create Fox News. The cable news network was unapologetically right-leaning and quickly became one of the most powerful cable new networks, sporting massive viewership. Directional journalism was indeed pioneered by Ailes and Murdoch.

While he did forever change the landscape of political news coverage, Ailes will forever be remembered for his sexual harassment scandal, which first came to light when Gretchen Carlson, a former anchor at Fox News, sued Ailes.

Carlson detailed a pattern of rampant sexual harassment at the network, led by Ailes. According to Carlson, Ailes would make sexual advances, comment about her body, and “ask her to turn around so he could view her posterior.”

When Carlson pushed back against the harassment, her pay was reduced, along with her on-screen time. Ultimately, her contract was not renewed by the network. Carlson’s suit was settled with 21st Century Fox for $20 million.

In the wake of the lawsuit, many other women spoke out about the culture of abuse at the network. Long time booker for Fox News Laurie Luhn came forward saying that Ailes abused his position of power. Luhn said that Ailes even took photos of her to use as an insurance policy to keep her loyal. An interview Luhn gave to ABC News recounted loathsome details:

“He would have me get down on my knees and tell me, ‘You know what you are, Laurie. You’re my whore. You’re my sex slave. You’re going to do whatever I tell you to do at any time. Do you understand that?’” Luhn said. “And he explained that it was like the military, that if he gave an order I was to follow through.”

Luhn said Ailes then instructed her to perform oral sex and she was too stunned to refuse.

“I didn’t question it,” she said. “And that was his big thing, ‘Just don’t ever question anything I ever ask you to do, Laurie. You understand?’”

“He always let me know he was in control, and it was scary,” Luhn continued. “It was like the minute it happened I knew that I’d been blackmailed… because he did take photographs of me. And he would say, ‘This is just my little insurance policy. And I’m just going to put it in a safe deposit box just to make sure you stay loyal to me.’”

As Carlson’s allegations came to light, Kelly was pressured to publicly defend Ailes. Kelly wrote in her book:

Another former Fox News host, Greta Van Susteren regretted covering for Ailes while at the network.

Meanwhile, Fox News’ biggest draw, Bill O’Reilly, also was forced from the network amid sexual harassment claims, but only after advertisers fled the network. Both O’Reilly and Ailes were named in a suit from former Fox News host Andrea Tantaros.

Ailes was forced from the network in June of 2016 and was rumored to have been paid $40 million for his exit. In addition to his massive payout, the network settled suits with at least six women for Ailes behavior. The company has also paid out in at least two settlements related to Bill O’Reilly. CNN reports that:

“All told, Fox and its parent company have paid $45 million in settlements related to sexual harassment scandals.”

Aside from his exploits at Fox News, Ailes was known as an influential force in the Republican Party. He served as an advisor for Nixon, Reagan, and George H.W. Bush. Ailes even advised Donald Trump repeatedly throughout his campaign.

While his contribution to the shape of media is significant, those contributions should be forever linked to his disgusting behavior while heading up Fox News.