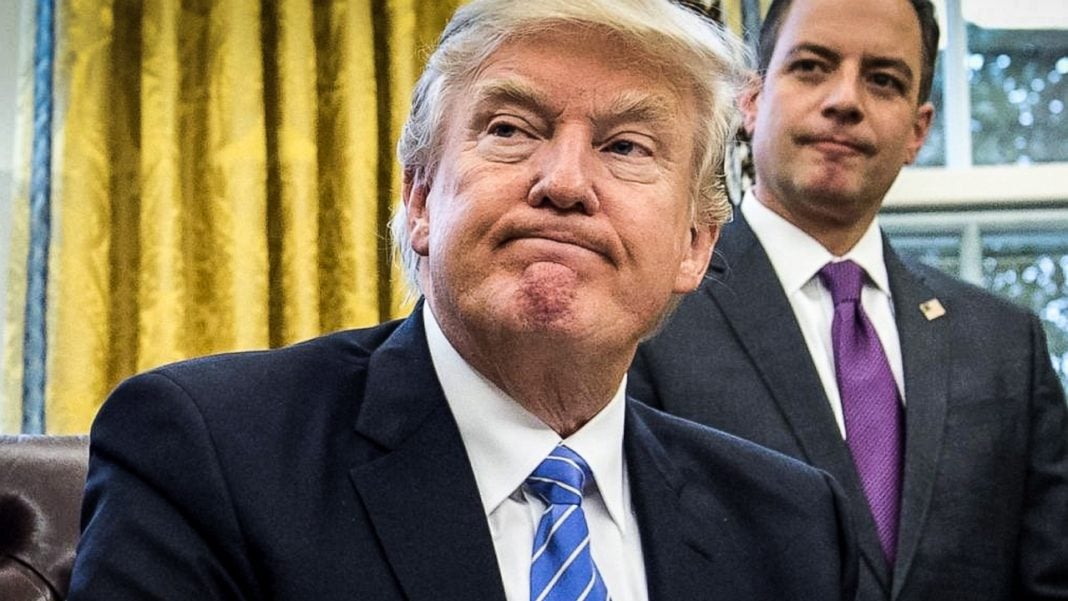 On May 25th, NATO will be holding a meeting with the heads of all 28 members countries, and they are trying their best to dumb-down the entire meeting so that Trump can keep up.  NATO is reportedly telling speakers and leaders that they need to keep their presentations short, only a few minutes, so that Trump can follow along and will stay focused. Ring of Fire’s Farron Cousins discusses this.

On May 25th, NATO is going to hold a summit with all the heads of state of the 28 member countries of NATO, which includes the United States. It’s a meeting in which Donald Trump will be in attendance.

In order to prepare for the fact that Donald Trump it’s going to be there, NATO officials are telling other speakers, other heads of state, that if you’re going to speak, you need to keep your speech or your presentation to about 3 to 4 minutes. What they’re trying to do, according to sources, is keep Donald Trump’s attention. They know that he has a short attention span, according to those officials. They’re trying to give people as little time as possible so Donald Trump doesn’t have the time to zone out, start doodling on a piece of paper, or just completely start daydreaming about something else and lose interest.

According to one official with NATO, they said it’s almost like preparing for a child. That is the link that they’re having to go to in order to prepare for Donald Trump showing up at this meeting. Now let’s get something straight here. This is NATO, okay. This is a global alliance of countries that involves national security. It involves peacekeeping missions. It involves general foreign policy of every kind.

Think about what we would do as a country if we found out that an organization we’re involved with was having to dumb everything down, telling our president, “Hey you only get about a minute and a half to speak, because the president of country X is a bit of a hothead and can’t pay attention for too long.” We, as Americans, wouldn’t stand for that. It would be the top story on every major news outlet in this country. But instead, the tables have turned.

I can promise you, the heads of those other 27 countries are laughing at us. NATO has had to go to them and explain why they’re doing this. This is disgusting, and it’s embarrassing.

You know, we had eight years of George W. Bush. At the time, it couldn’t get any more embarrassing than that. You know, when he did that little dance during that African ceremony … Hell, even during the inauguration when he couldn’t figure out how to put on his little rain jacket thing … We were reminded of how embarrassing it was to have that man out there representing the United States.

At this point, hell, having George W. Bush would be a relief, because he is far less embarrassing than Donald Trump. The man might not have been the brightest bulb, but at least he could sit through a meeting. Donald Trump can’t even do that. This is a guy who allegedly sat through millions of meetings during all his years in business, making business deals, writing books, doing things like that where you have to sit in a meeting and pay attention. He can’t do that as president?

This is just further evidence that Donald Trump is, one, not fit to be president, has always been unfit to be president. We as a country, specifically I guess the people who voted for him, elected a man who is not prepared, is not intelligent enough, and does not have the maturity level to effectively serve as president of the United States.

This NATO story isn’t humorous. It’s not funny, again, it’s embarrassing. Everyone in this country should at least feel a little bit of embarrassment over the fact that every other country involved in NATO, has to dumb down what they are going to say just saw that Donald Trump can understand it and pay attention for a couple of minutes.