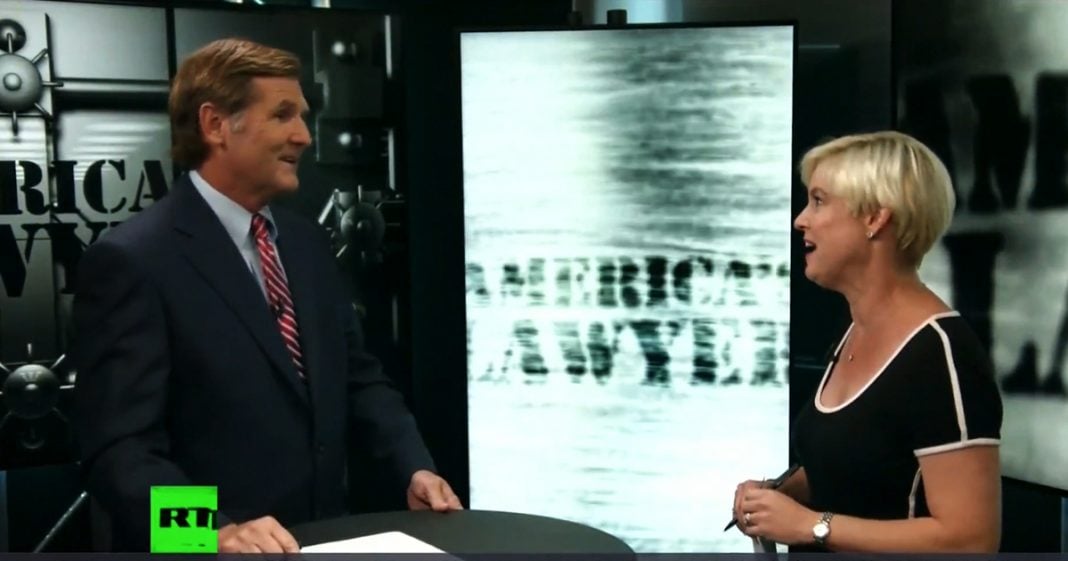 Via America’s Lawyer: Mike Papantonio is joined by Mollye Barrows, Legal Journalist with the Trial Lawyer Magazine, to discuss why a parish in Louisiana was issuing fake subpoenas to citizens.

Papantonio: One of the scariest legal documents you can receive is a subpoena. This notice mandates that the person receiving the order to testify or produce evidence in a case under the threat of a fine or prison. In November of last year Louisiana resident Tiffany La Croix received a subpoena from the Orleans parish district attorneys office ordering her to meet with the prosecutor about the murder of a former New Orleans Saints football player. Only thing is this order was not authorized by a judge or a clerk of court, but instead was a fake document sent to La Croix by prosecutors to pressure her into talking. For more on this case I’m joined by Mollye Barrow’s legal journalists for Trial Lawyer Magazine.

Mollye, this case, I mean apparently this has been going on a long time?

Papantonio: There’s no way this is legal. This seems like criminal conduct to me.

Mollye: I think it depends on who you ask. Of course, if you talk to the prosecutors and the Orleans or Jefferson Parish, which was also doing this, they’ll tell you it’s not illegal. They were well intended. They have a difficult time getting defendants to respond, so this was their way of trying to encourage them to do it. When you talk to other experts they say that it could potentially be grounds under state law for fraudulent crimes and also under constitutional law as a violation of unreasonable search and seizure because there’s a threat attached to it.

Papantonio: I’m amazed an attorney living in New Orleans Parish probably ought to consider bringing a lawsuit because I think to me it looks like a tremendous lawsuit against the DA’s office. As I’m looking at this, what I find so incredible is that this went on for so long.

Papantonio: It’s almost as if the media never paid any attention to it, and then we see something called the Lens.

Papantonio: Which is an independent organization that does this story and it starts asking questions. How have we let this go on for so long? What’s your take on that?

Mollye: I thought that was very interesting too, because I can’t imagine that the Lens, this is the first time any local media has heard of this being done. It’s interesting, after the Lens reported it, other local media more established in the area started to pickup on the case too. It maybe one of those things where they didn’t want to rock any boats. Maybe it was business as usual for a lot of local media, but the Lens followed up on it. They also followed up with the prosecutors and said, ‘Hey, by the way, we want to know if …’ After they first did their initial report they said, ‘We’re not so sure what you’re doing is legal. We want to know if you’re going to continue doing it.’ That’s when they finally stopped. They’ve only recently stopped doing this after the Lens basically went to them.

Papantonio: The Lens comes out and said, they take a look back on it, they say, ‘What in the world are you doing here?’

Papantonio: Prosecutor says, ‘What we’re doing is absolutely kosher. It’s legal. We can do this,’ but they end up stopping the practice anyway. Is that about how it unfolded?

Papantonio: What options do … The district attorneys office has plenty of options besides fraud. They don’t have to commit fraud in these fake subpoenas to get people, and they’ve got other options, right?

Mollye: They have legal options, which is to send out a legal letterhead that basically doesn’t include threats and doesn’t include potentially promising arrest or along those lines, but they’re not getting the response they want when they say they send out these friendlier requests to come talk. Maybe that works in other parishes or in other states, but it doesn’t work in their area because defendants are not cooperating. Basically, they won’t play ball, is their excuse.

Papantonio: In other words, we can’t do this legally, so let us put fear in people’s heart.

Mollye: Yes, and there was a Harvard law professor who basically said there was a case in the ’70s where a case was thrown out because a prosecutor used an illegal subpoena to get a defendant to testify.

Papantonio: Someone needs to take a serious look at this.