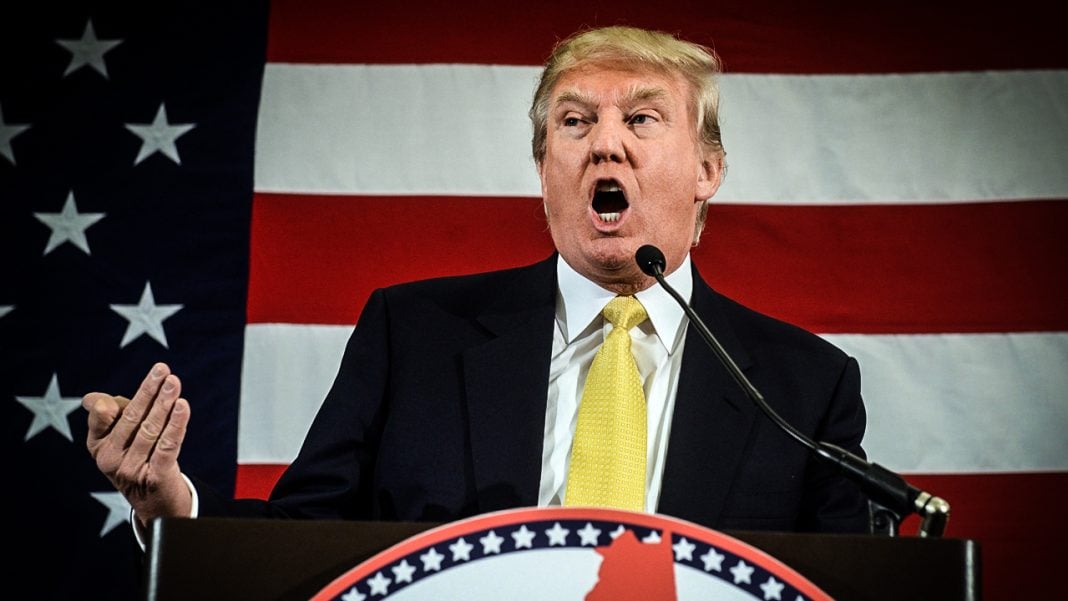 According to a new report by McClatchy news, Republican mega-donors are incredibly concerned about the future of the Republican Party, thanks mostly to Donald Trump’s unprecedented levels of corruption and incompetence.  But don’t shed a tear for these millionaires and billionaires – they are the ones who created this mess. Ring of Fire’s Farron Cousins discusses this.

According to a new report by McClatchy news service, Republican mega-donors, those people who’ve poured millions of dollars, or maybe even just a few hundred thousand dollars in the Republican campaigns, are currently in crisis mode over what is happening with the Trump administration. According to this report, mega-donors for the Republican party, as well as other fundraisers, the people who go out and solicit this money, and Republican advisors all over the country, usually at the state level, they’re all meeting together to decide how in the hell you go forward with your Republican agenda when you have a president that is looking like he could be impeached at any minute.

How do you go forward and accomplish your horrible Republican plans when you have a Republican president in the White House who can’t go a day without making a scandal worse? Or without saying something incredibly unintelligent on social media? How do you operate as a mega-wealthy donor? Somebody who has paid for many a politician, how do you handle a crisis like this? That is what these mega-donors and fundraisers and party heads are talking about behind closed doors in Florida, in Arkansas, in California, in New York. They’re trying to figure out how things went so wrong for the Republican party.

Again, according to the McClatchy report, one of their biggest concerns is the fact that, well, Trump got elected because these people believed in what he had to say and they wanted to see it done, so Republicans in Congress better get acting on this. What they really mean is that Donald Trump conned a bunch of voters who didn’t know what they necessarily wanted, but the things they want Congress to do, the things mega-donors want Congress to do and push through, are those tax cuts.

They’re not worried about Donald Trump keeping his promise to voters in the Midwest. They’re worried about getting those tax cuts. They’re worried about getting Republican Congress to repeal regulations so they don’t have to worry about the big, bad government looking over their shoulder anytime they want to commit a crime or dump a little bit of toxic waste into our drinking water or run an unsafe factory that gets their workers killed. They don’t want to have to deal with all that oversight. That’s what they’re concerned about. With Republicans being under investigation, with the public hating Republicans right now, how are these poor little mega-donors going to get their tax cuts?

Look, I have absolutely no sympathy for anybody that’s ever given money to the Republican party and certainly not people who are millionaires and billionaires whining about the fact that they’re not going to get their tax cut this year or that it might be delayed a few months. Oh, heavens no. What are we going to do?

Listen, you people, you mega-donors, you people who thought it was perfectly fine to ship millions upon millions, hundreds of millions, or in the case of the Koch brothers, billions of dollars into buying politicians and remaking the government into what you wanted it to be. It’s because of that, because of your influence and your money and your handpicked politicians that we even have Donald Trump in office.

You dumbed down this country to the point where you convinced people that businesses were better than government. Businesses could always do it better. You want to prove it? Vote for the business man for office. Well, they did, and less than 130 days in office, he has destroyed everything that we hold dear about this country. Meanwhile, your hand-picked Republicans in Congress and the Senate ae working to strip 24 million Americans from their healthcare coverage. Yeah. That’s going to piss people off and they’re not going to worry about your stupid little tax breaks because they all understand that trickle-down economics is a lie.

So go ahead and pout and piss and moan about the fact that you’ve spent millions of dollars and now you’re getting nothing from it because this entire mess of the U.S. government right now rests squarely on the shoulders of the mega-donors, the wealthy elite, who put these Republicans in power.