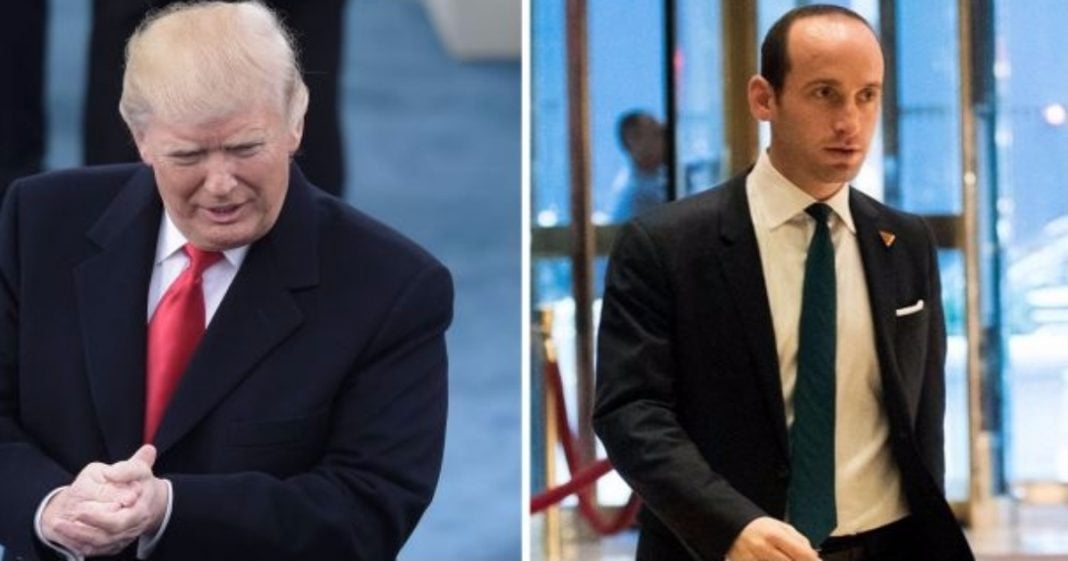 Donald Trump’s first international trip is set to begin on Friday as Trump, joined by the First Lady, will visit five countries in an attempt to show the competence of his administration currently embroiled in scandal.

Among a litany of landmines Trump will have to tiptoe around, the President is set to give an address in Saudi Arabia directed at the Islamic World, giving an “inspiring yet direct” message to the religious group he spent his entire campaign slandering.

Any sane person could look at that tidbit of information and know that the President is once again heading for disaster, but what’s worse is that the speech is reportedly being written by alt-right wunderkind Stephen Miller.

Besides being wholly unqualified to write any speech for any leader, Miller has spent his short career railing against Islamism and hyper-focusing on terrorism of the Muslim kind. The possibility of this individual penning a level-headed speech about Islam for the most anti-Islamic president in recent history is laughable.

CNN, who wrote about Miller’s anti-Islam activism in college, featured this quote from the man:

“Gripped by complacency and the omnipresent force of political correctness, our nation has failed to educate our youth about the holy war being waged against us and what needs to be done to defeat the Jihadists that are waging this war. American kids attend school in an educational system corrupted by the hard left. In this upside-down world, America is the villain and Jihadists the victims of our foreign policy. Instead of opening eyes, we are fastening blindfolds.”

Believing that Muslims are intent on invading and overthrowing prevailing religious beliefs in America is not a recipe for a level-headed speech addressed at the Islamic World.

Coupled with Trump’s well-established ranker toward the religious group, as well as the political actions he has taken based on those prejudices, the speech is set to be nothing short of a disaster.

In a time when Trump needs a distraction more than ever, he may be making a deliberate effort to bring straying Republicans back to his side. Whether it damages international relations is none of Trump’s concern as long as he pulls Republican leadership back from the edge of abandoning him.

In the end, offending the entire Muslim population is nothing if it wins him the hearts of his ignorant base once more.