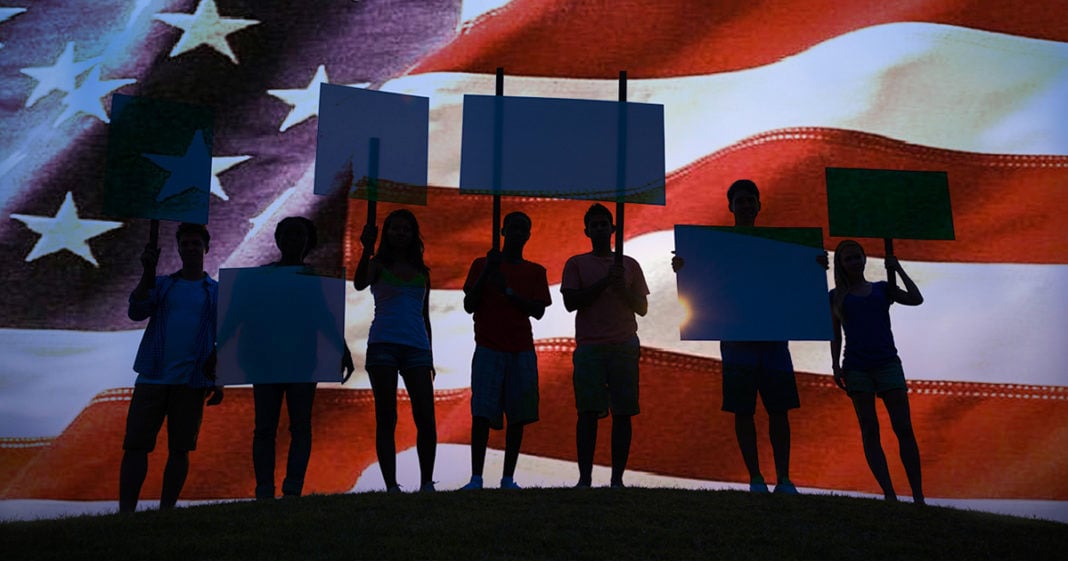 A new study from the Pew Research Center shows that more and more Americans are unhappy with their political party. Young Republicans were the most likely candidates to defect, with 23 percent of Republicans aged 18-29 jumping ship to the Democratic Party between December 2015 and March 2017. An additional 21 percent of that age group left the GOP only to return at some point. Pew’s research does not deal with voter registrations, rather it looks at which party someone identifies with or leans toward.

The study, which covered five separate surveys, saw that Trump’s job approval was a key factor in the shifting party dynamic. Republicans that remained loyal to the party gave the President an 84 percent job approval rating, likewise those who left the party had starkly unfavorable views of Trump. 84 percent of those that left the GOP disapproved of Trump’s job performance.

Meanwhile, the biggest shift on the left came from Democrats aged 50-64. 24 percent total left the party, with 10 percent returning to the party at some point, compared to 14 percent leaving for good. Again, across all age groups, Trump was the major factor for those that left. Pew’s study shows that 62 percent of those that shifted from the Democratic Party to the GOP approved of President Trump’s job performance.

Overall, around 10 percent of those that identify with either party defected to the opposing side. The numbers are largely a wash. As for independents, Pew’s research found:

There is somewhat more change among political independents than among partisans. However, 78% of those who did not identify as Republicans or Democrats in December 2015 also did not affiliate with either party in March 2017. Among the remaining 22%, nearly equal shares ended up identifying as Democrats (12%) and Republicans (10%).

While both parties have work to do if they wish to heal the wounds left from November’s contentious election, there are a few key findings to address. First, Donald Trump is an absolutely polarizing character who has changed the face of partisan identity for at least the time being. Massive amounts of voters have jumped the party lines because of his performance, including a few Democrats.

Additionally, it is extremely important to see the youth shift away from the GOP. Without a fundamental change in the party’s rhetoric, the Republicans will find that their numbers will continually shrink. When the primary messaging of Trump’s conservative base is hatred and exclusion, it is going to drive away voters. Young voters are especially concerned with social issues, though Trump and the GOP are particularly lacking in that department.

For the Democrats, there is opportunity found in this survey. If the party can figure out how to effectively appeal to young people, then perhaps 2018 will mark the end of the Republican rule in Congress.