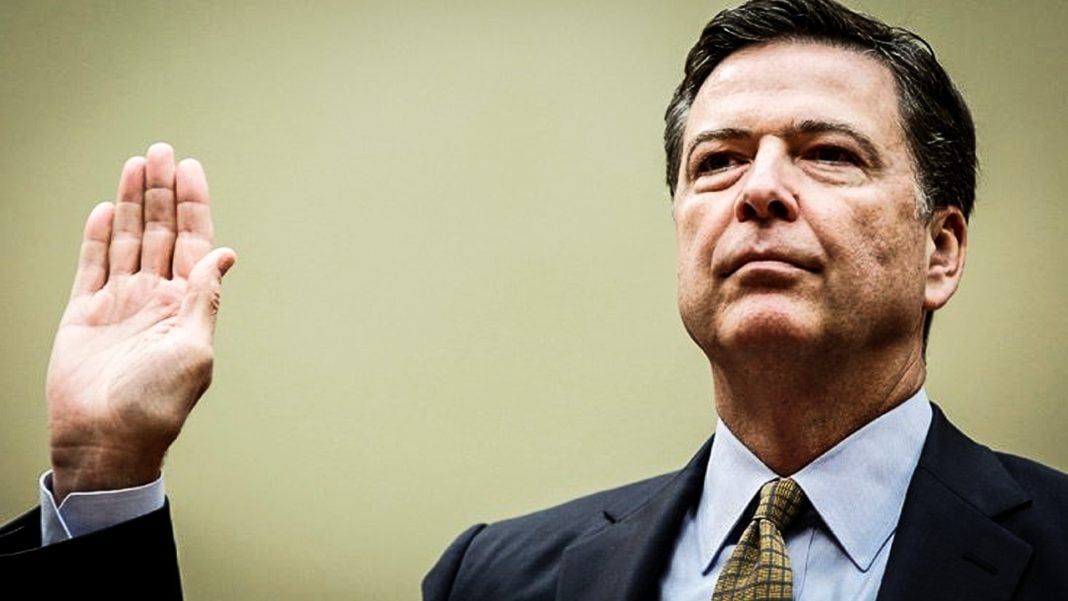 While most of the attention on the Comey Memo has been placed on Donald Trump’s attempt to obstruct the Russia investigation, it is also worth talking about the fact that Trump had asked Comey to consider throwing members of the press in prison in an attempt to intimidate the media. Ring of Fire’s Farron Cousins discusses this.

While most of the attention from the Comey memo that said that Donald Trump wanted him to end the investigation into Michael Flynn’s ties to Russia, most of the attention has been focused on the obstruction of justice. Obviously, that is one of the most important things from that memo, but buried inside of that memo is a story that very few are talking about, and that story is that according to James Comey, Donald Trump asked him about the possibility of putting journalists in the United States in jail if they publish classified information. Now, not just people like Edward Snowden who get their hands on documents and hand it over to WikiLeaks and WikiLeaks published them. That’s obviously classified information.

What he’s talking about are leaks, leaks from the administration, somebody from the administration coming forward and saying, “Hey, Donald Trump walks around in his underwear until seven a.m. each day.” That’s the people that he wants to imprison, the leakers, and not just the Edward Snowden whistleblower leakers, anyone who prints a story from a source within the White House. Those are the people that Donald Trump wanted James Comey to think about arresting. Now, in the United States, as I’m sure everybody understands, we have a freedom of the press. The government will not interfere with what the press reports. Now, they do protect us from slander, and libel, and things like that, and from sometimes false information that could cause a panic, although they don’t necessarily do that anymore, but that’s the extent to which the federal government can get involved with the press in the United States.

Donald Trump wanted to take us essentially to North Korean standards, where if you print anything negative about Donald Trump, you could end up in prison. That’s what he wanted, according to this James Comey memo. Now, you may not think that’s a big deal. Maybe you’re not a journalist. Maybe you had nothing to worry about, but you should be concerned about the fact that this man in the Oval Office has so little knowledge about the US Constitution and so little regard for the US Constitution that he was willing to trample all over the First Amendment in order to get people to stop leaking to the press and in order for the press to stop printing unflattering stories about the president.

This has nothing to do with national security. It has everything to do with protecting Donald Trump’s ego. He’s not happy that members of his administration, members of his Cabinet, are leaking stories to the press, and he wants to put an end to that. He doesn’t like anything that puts him in a negative light, because he is a narcissist, and part of narcissism is the need to be loved by the public. Donald Trump doesn’t have that, and he desperately wants it, but he knows he will never get it as long as he has people within his administration feeding the press stories about what this man is really like behind closed doors, and that’s why Donald Trump wanted James Comey to put these people in prison.

That is a gross, you know one of the grossest, tramplings of the First Amendment that we have seen from the Trump Administration so far, and we have seen a lot of them. We’ve already seen reporters go to jail for simply reporting on what happened at protests of Donald Trump, reporters who went to jail for reporting on what happened at Standing Rock. This isn’t okay. Journalism, especially in the age of Donald Trump, is under attack, and according to this memo, if Trump had his way, he would round them all up and throw them in prison.