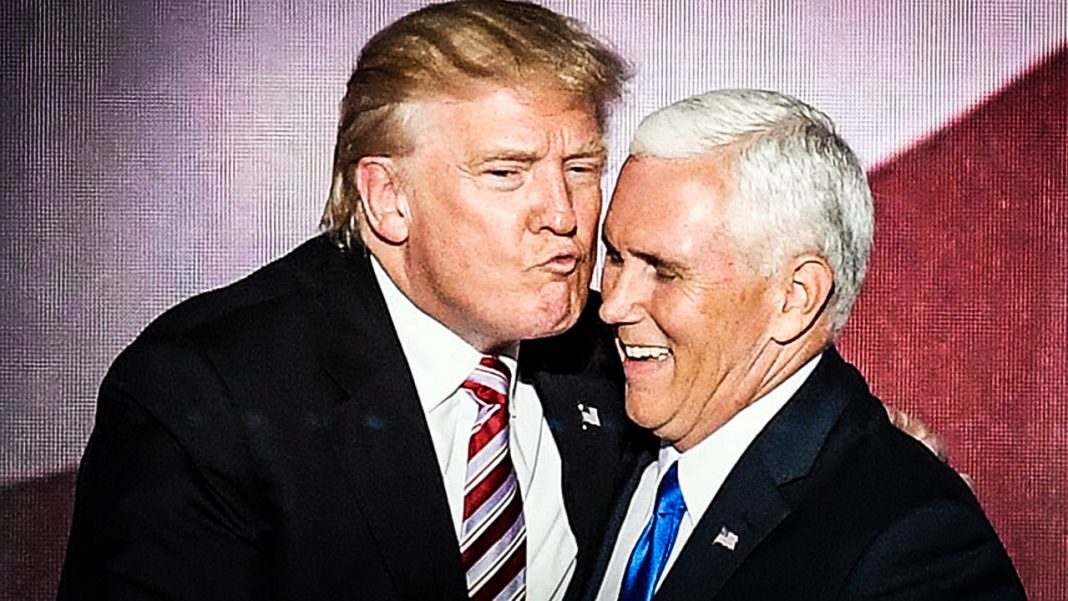 A memo from fired FBI director James Comey claims that Donald Trump asked him to end the investigation into Michael Flynn, a move that would easily be considered obstruction of justice – an impeachable offense. And while Trump being impeached would be great, we have to remember who is next in the line of succession, and President Pence could be just as bad as President Trump. Ring of Fire’s Farron Cousins discusses this.

Now, obstruction of justice is something would land the rest of us in handcuffs, then on trial, then most likely in prison. Donald Trump knows what he’s looking at right now, as every major media outlet is actually talking about the idea that impeachment is no longer a conspiracy, no longer a wish of far-left progressives. It’s something that very likely will happen against Donald Trump. In fact, Democrat, Al Green, could introduce articles of impeachment in the House of Representatives as early as this afternoon. So, that’s what we’re looking at today in the United States, a possible impeachment of Donald Trump.

Like most people, I welcome an impeachment of Donald Trump because it’s absolutely what this country needs. But, we also have to remember that there is a presidential line of succession. If Donald Trump gets impeached and then removed from office, we’re looking at President Mike Pence. Now, Mike Pence is not as arrogant as Donald Trump is. He’s not necessarily a megalomaniac or a narcissist like Donald Trump. I’m sure he probably is behind closed doors, but at least his public face is not one of utter arrogance. That’s why a lot of people say, well, Pence wouldn’t be so bad.

But, keep in mind, this is a man who won’t sit at a table at a restaurant with another woman if his wife is not there. His mentality is rooted in the 1930s, 1940s, maybe even the 1830s. He is an old school, hardcore Republican who will do the same things that Donald Trump wanted to do except, this time, the public’s going to be slightly more approving of it because they don’t have to put up with the attitude from Donald Trump.

Right now, one of the reasons the Democrats are stepping up so much to oppose Donald Trump and his measures is because they see the public reaction to it. They know that the public doesn’t like him and the public will support them if they oppose him. You get rid of that common enemy and you lose that opposition. We will still have some fighters out there. I’m sure Elizabeth Warren’s going to continue fighting Republicans. I know Bernie Sanders will. Sheldon Whitehouse will. But the list is very short.

We still have Joe Manchins out there who are going to work with Republicans to repeal environmental regulations. People, like Joe Manchin, who are going to work with President Mike Pence to take away the rights and privileges of American people and give tax breaks millionaires and billionaires and give subsidies to fossil fuel companies who already make billions of dollars a year, while cutting any and all subsidies for renewable energy, which now employs more people than the coal industry.

We can get excited about the prospect of Donald Trump being impeached, and we should. We deserve it. We’ve worked hard to get to this point. But we also have to understand that any victory from that is going to be short lived because as soon as Trump gets removed from office, if he gets removed from office after being impeached, if he gets impeached, we’re going to have to deal with a very real enemy, who’s far more subtle, but equally as dangerous as Donald Trump.