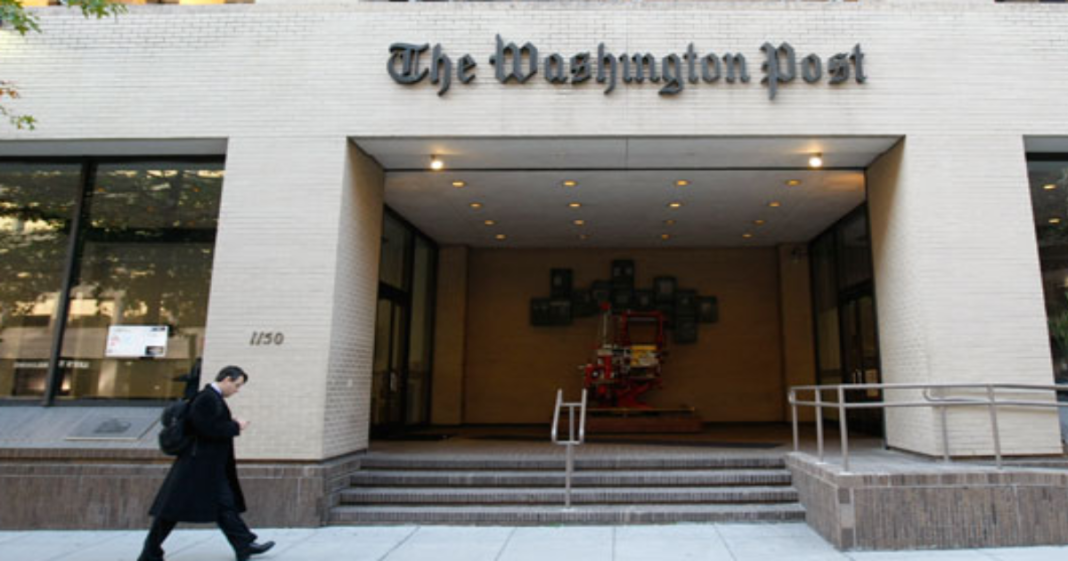 On Monday afternoon, the news broke that President Trump revealed classified information to Russian foreign minister Sergei Lavrov and Russian Ambassador Sergey Kislyak during a meeting last week. The information shared in the meeting dealt with ISIS’ potential use of laptops and other electronic devices on airplanes and likely came from Israel.

The meeting was already under intense scrutiny as it came days after Trump fired FBI Director James Comey, who was investigating Russian interference in the November 2016 election. Even more troubling was that Kislyak was already known as a key player in the unceremonious fall of disgraced national security advisor, Michael Flynn. Oddly, the administration would only allow a Russian photographer in the room, nobody else that would resemble media personnel was present.

It is certainly a big deal (though likely not illegal) that the President shared, without permission from key allies, sensitive material with Russia. At the absolute very least, it presents terrible optics for the administration, as allegations have swirled that the President’s campaign and transition team had inappropriate ties to the Russian government.

The story original broke from The Washington Post, citing “officials.” However, the behavior of WaPo reporters in the wake of the story exposes the corporate media for being nothing better than sensationalist clickbait peddlers. Monday night, The Washington Post’s fact-checker, Glenn Kessler basked in the glory of his publication’s breaking news:

I’ve been fact-checked: Applause in the newsroom as the Russia-leak scoop breaks the Hollywood Access record for most readers per SECOND

He even retweeted several glowing reviews of The Washington Post’s work:

Let’s take a quick moment to step away from our horror and admire what a baller job the Washington Post is doing.

Kessler is supposed to be an unbiased bastion of the publication’s upstanding journalistic integrity. His “Fact Checker” column claims to find “The Truth Behind The Rhetoric.” So it seems a bit odd that he would take such a celebratory tone when a story is in the fledgling hours of breaking.

Maybe, like many of us, Kessler and WaPo were just so excited that we had even more ammo to bring down the terrible Trump. While nothing has stuck so far, the feeling that Trump will be forced from the Oval Office before 2021 is growing. Perhaps any step in that direction is cause for celebration.

However, it wasn’t long before Kessler’s intent began to show. Kessler, in the middle of a massive breaking story, took the time to push for more subscriptions and even retweet a link to a WaPo subscription promotion from Amazon. As you know, both Amazon and The Washington Post are owned by Jeff Bezos.

Look, it is understandable to be proud of the work your platform does, but the blind love for this story is bizarre.

The Washington Post’s obsession with the narrative that Trump is a Russian puppet is matched only by Rachel Maddow’s dedication to linking anything and everything from The White House to Putin. Maddow is enjoying the ride to massive ratings.

Even when an outlet claims to be committed to journalistic integrity, you have to understand that at the heart of corporate media the click, subscription, and the almighty ad impression are far more important than uncovering the truth. Instead of providing a balanced view, The Washington Post showed that a budding White House scandal is nothing more than a subscription drive.

Of course, we know that The Washington Post is the CIA’s media mouthpiece and the President has made no friends in the intelligence community, so it makes sense that the publication would run, so readily, with sensitive material to press. WaPo has unprecedented access to intelligence information, even the exact contents of Michael Flynn’s phone conversations were shown to a reporter.

The spook industry has political goals and has no problem using the media, especially The Washington Post to accomplish those goals. WaPo is all too happy to comply because it means juicy stories that bring more clicks and more ad revenue.

Even though the White House completely botched it, James Comey’s ouster was due to his politicizing the position of FBI director. Former Director of National Intelligence James Clapper has even made concerning statements implying that the nation’s spy agencies are actually a check and balance system on the office of the President, which is far outside the scope of their work.

Since it helps Clapper’s narrative of Russian interference to denounce WikiLeaks, he said of Julian Assange:

“When a journalist does harm to the country, harms our national security, compromises sensitive sources and methods and tradecraft and deliberately puts the country in jeopardy I think that’s the line, I think that’s a red line to use a phrase, that’s unacceptable.”

I wonder if he would apply the same logic to The Washington Post.