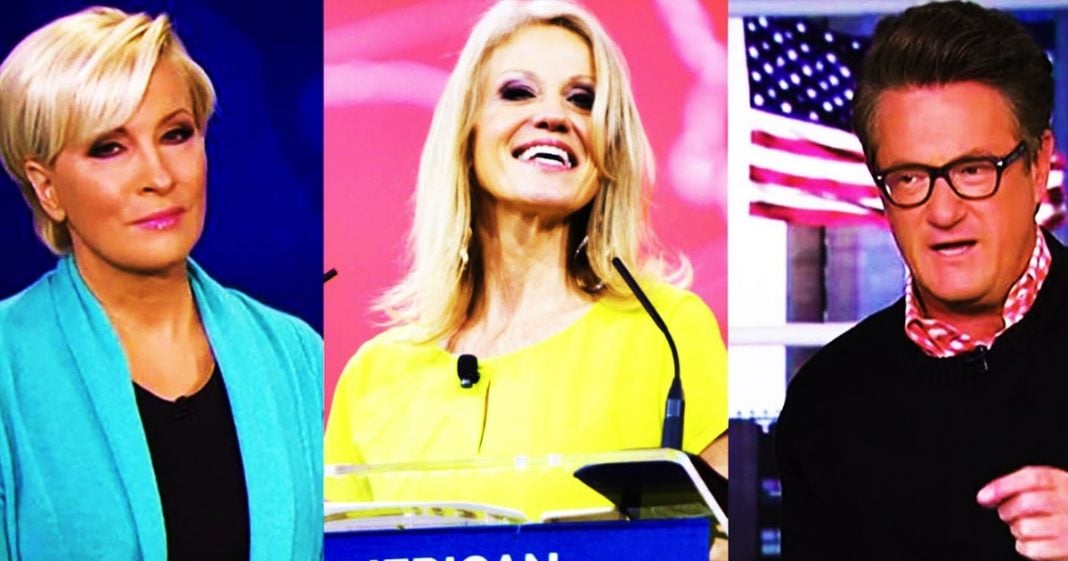 In this Majority Report clip, we watch the brilliant minds of Joe Scarborough and Mika Brzezinski take an extended swing at Kellyanne Conway, formerly a frequent guest on their show—a show that was formerly uncomfortably friendly with Donald Trump. Brzezinski says that Conway would say that she “needed a shower” after shilling for Trump on air, and that following the leak of the Billy Bush tape, she began referring to Donald Trump as her client. It is about as catty as a Real Housewives scene.