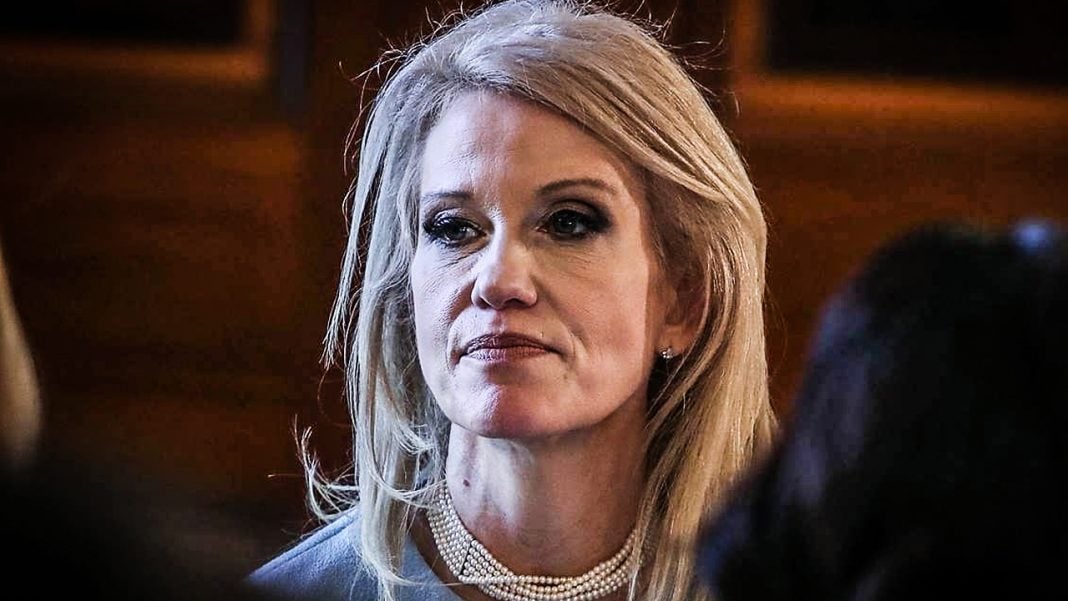 According to MSNBC’s Joe Scarborough, White House advisor Kellyanne Conway secretly hates Donald Trump, and once claimed that she needed to take a shower after appearing in the media to defend him.  Is there any truth to this, or is Scarborough trying to jump on the anti-Trump bandwagon? Ring of Fire’s Farron Cousins discusses this.

Now, I don’t know if Joe Scarborough is telling the truth. Not exactly a great track record. He’s defended Trump tooth and nail, then he goes after him, then he defends him. So he really, you know, had played both sides of this pretty well, which means that we don’t know which side he’s actually on. And so as for his allegations against Kellyanne Conway, maybe she does dislike her boss. Maybe she is unhappy with Donald Trump. But, the evidence would suggest that she is not.

She has been nothing but an enthusiastic, ardent supporter of Donald Trump since day one. She is the one that he consistently relies on to go out there in the media and defend him regardless of what he’s said. She always delivers, even when she gets herself into trouble, as long as it takes the attention away from Donald Trump.

So, perhaps Joe Scarborough is telling the truth. Maybe it’s one of those rare instances where he’s being honest and forthright with people. But I just don’t buy it. The evidence suggests that Kellyanne Conway not only loves Donald Trump, but that she loves her job. A few weeks ago, when there was reports that Donald Trump had all his staff down at Mar-A-Lago, and made them make lists of all his accomplishments, Kellyanne Conway was down there running groups, helping people out, making these great, grand lists, and essentially being the President’s right hand woman, at this point, to get staffers all together, to join together, in rallying support for Donald Trump.