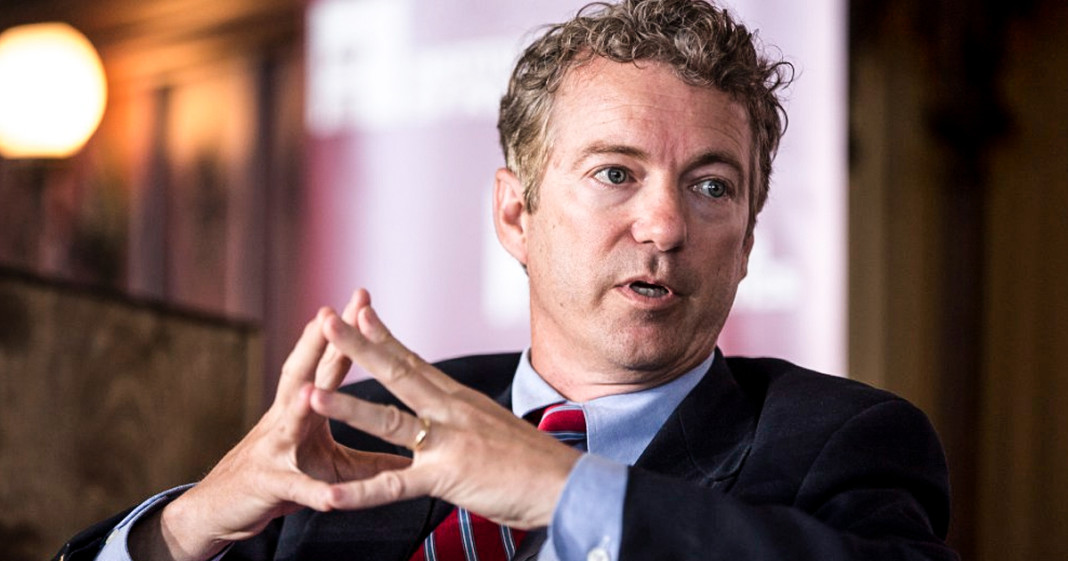 Because of Senator Rand Paul’s outside of the norm political beliefs, there are times when his libertarian beliefs align with more liberal beliefs, and this is one of those times.

Speaking against the new punitive policy, Paul said that Sessions’ decision was strongly opposed by himself and that it is the opposite of what he himself would have done.

Paul noted the racial aspect of the new rule, noting that it would disproportionately affect young black men.

“Mandatory minimum sentences have unfairly and disproportionately incarcerated too many minorities for too long. Attorney General Sessions’s new policy will accentuate that injustice.”

Last week, Attorney General Jeff Sessions repealed rules put into place by former A.G. Eric Holder which called on prosecutors to give lenient sentences and charges to drug offenders who were not associated with gangs or other organized crime. The intention of the new rules was to cut down on the massive impact the war on drugs has had on individuals, families, and communities.

Now, Sessions has rolled back the more lenient system in favor of the most punitive system possible. Under Sessions’ direction, prosecutors are required to seek the harshest charges possible, seeking the longest sentences. Sessions argues that this new harsh penalty with go after drug dealers and smugglers and help make American communities safer.

Sessions did provide some leniency to prosecutors to avoid the harshest sentence if they feel that the punishment would be unjust, but besides that, prosecutors are directed to seek the worst of the worst.

Unfortunately, as Paul notes, this regressive policy will only take America backwards rather than forwards.