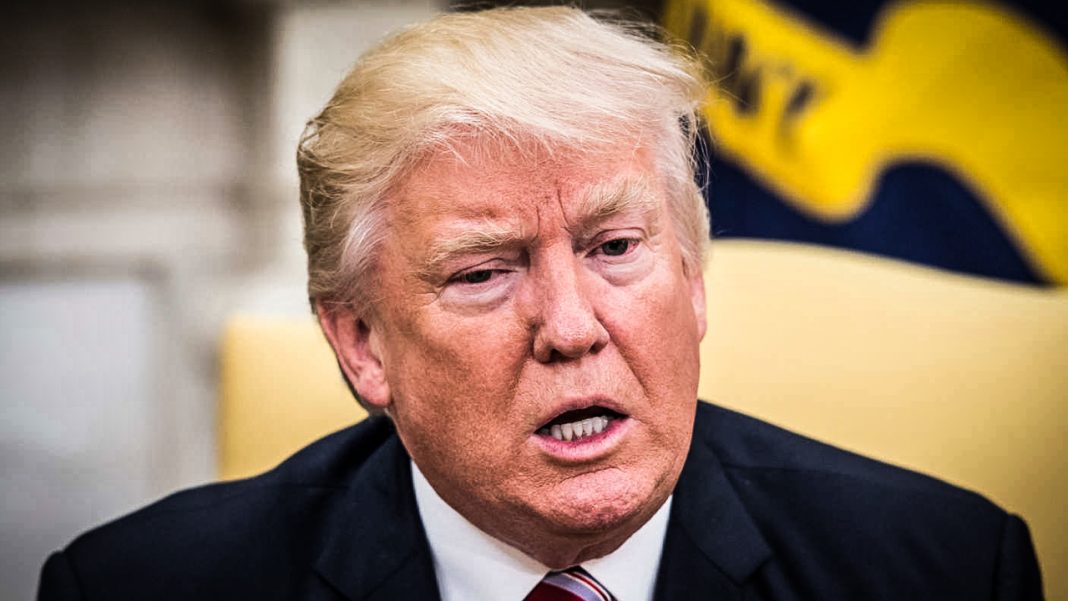 According to new reports, staffers at the White House have been feeding Donald Trump fake news stories to support his very narrow and dangerous worldview.  Reince Priebus is supposedly trying to put an end to all of this, but it’s already too late to stave off the damage that these fake news stories have done. Ring of Fire’s Farron Cousins discusses this.

According to reports, Reince Priebus is getting super pissed about what’s happening in the West Wing of the Oval Office, not because of Donald Trump’s lies or because of the Comey mess, but because according to reports, staffers within the White House are actually feeding Donald Trump fake news. Now, they’re either doing this because they’re grossly misinformed about what’s happening in the world, or because they want to present him with something that justifies or attempts to verify his very narrow and very inaccurate worldview. The latest example was the acting, the Deputy National Security Advisor KT McFarland, who handed Trump two covers from Time magazine, one from the 1970s that warned about the coming ice age.

Well, as it turned out, that cover was actually a spoof. It never happened, but that didn’t stop McFarland from handing these to Donald Trump saying, “See, here. You were right, buddy. Good job,” and Reince Priebus, to his credit a little bit, understands how dangerous this kind of misinformation can be. While Reince is not the kind of guy who’s going to go out there and say that we need to address climate change, he at least understands that sometimes you got to take a few extra minutes and make sure that you’re not handing the president of the United States something that is completely false, something that’s going to cause this idiot to go on Twitter, say something false, and then look like an idiot in front of the entire country, because at this point, that is the chief of staff’s job.

That is what Reince Priebus is there for, to stop Donald Trump from constantly looking like a buffoon. To be honest, he’s failing. That’s why, again, according to other reports, New York Times, Wall Street Journal, they’re saying that Priebus, in addition to Sean Spicer and Steve Bannon, might be on a cut list and could be fired by Donald Trump sometime soon. Maybe it’s because Donald Trump enjoys getting his fake news. That’s why he likes watching Fox News, or maybe it’s because he doesn’t like being told what he can or cannot do, even when the things he’s being told he can’t do are to protect him. Again, we’re dealing with a child. Reince Priebus, Steve Bannon, Sean Spicer are all essentially babysitters trying to contain this man-child of a president that we have from doing anything stupid.

Now, Steve Bannon has other intentions. He wants to kind of remake the United States in an alt-right, neo-Nazi kind of way, but at least Priebus understands as the former head of the Republican Party that you also got to look out for the Republicans. You got to make sure that you don’t destroy their brand so much that they never win another election, and that’s what he’s working on, but at this point it’s too late. Donald Trump is going to do what Donald Trump wants to do. He’s going to say what Donald Trump wants to say, and if it’s false, if he knows it’s false, that doesn’t mean anything to him. That doesn’t stop him. That doesn’t even slow him down. It doesn’t register in his tiny little Trump brain that something might not be true, or that he could, and frequently is, wrong about things.

Reince Priebus, give it up buddy. You know that Trump is considering firing you. You know that your job sucks. You know that he’s not listening to you, so why don’t you just cut your losses and walk away from it while you still have a little bit of dignity. You have no credibility, but you probably still have some dignity. Maybe you could leave this administration and work on rebuilding your disaster of a political party, possibly remaking it into something that occasionally does something good for the United States, but you won’t, because you’re too scared. You’re going to stay in the White House as long as you possibly can until the day that Trump walks up to you and says, “Get the hell out of here,” because that’s all you know.

In the meantime, you can keep putting out the fires as they erupt, but there’s not going to be enough time. These fires are growing out of control, and part of the reason is because Donald Trump refuses to accept reality and instead is relying on fake news fed to him by over-loyal, overzealous staffers who want to remain on his good side because just like you, they’re terrified of the man.