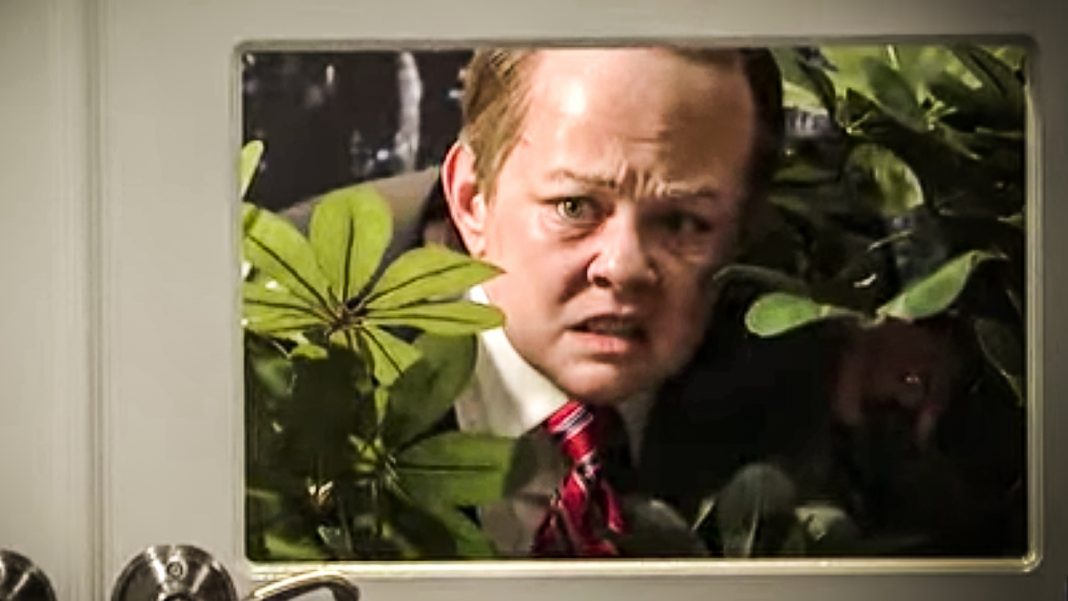 Melissa McCarthy returned to Saturday Night Live to portray Sean Spicer, but this might be the last time she’s able to do that.  If we believe the rumors that Spicer is on his way out at the WH, SNL may have finally won the battle. Ring of Fire’s Farron Cousins discusses this.

This past weekend Melissa McCarthy hosted Saturday Night Live where she once again portrayed Sean Spicer. This particular clip had Spicer throwing a column from the room at reporters telling them he hopes to God it killed one of them. And then when confronted by the reporters in the room about the fact that he could be fired, Melissa McCarthy/Sean Spicer took off on her podium to go find Donald Trump and confront him.

Now, overall, clip was pretty funny. But it is getting a little bit played out at this point. But, that may not matter in the future. As it turns out according to several sources, the White House is actually considering firing Sean Spicer as well as several other people from the Communications Team ’cause according to six West Wing Officials, reported by New York Times and Wall Street Journal, they’re unhappy with the way the White House Communications Team handled Donald Trump’s firing of James Comey.

That’s the official reason. But we have to think, at least a little bit, based on the White House’s response to Melissa McCarthy as Sean Spicer in the past, that that has to be playing a little bit of a role here. We know, according to White House Officials, that Donald Trump has been furious about the fact, one, that they’re making fun of Sean Spicer, but two, and more importantly, that they’re having a woman portray Sean Spicer.

That’s really what’s at the heart of this. That’s why Saturday Night Live keeps doing this. Because they know it gets under Donald Trump’s skin. They know that they can easily go after him, attack his administration by doing nothing more than having Melissa McCarthy walk out there as Sean Spicer. It is one of the easiest attacks to pull off and they do it quite while most of the time.

Last week Donald Trump tweeted out that he may just do away with these White House press briefings all together. May just be done with them. Because after all, he’s a busy guy. He’s got a lot of things going on. We can’t expect his surrogates to stand at that podium with 100% accuracy. That’s what Trump said.

In the case of Sean Spicer, I don’t even think we’re looking at 50% accuracy anymore. Same thing goes for Kelly Ann Conway. That’s what Saturday Night Live is showing us. These people have short tempers and no knowledge whatsoever. They’re willing to go up there and say whatever Donald Trump wants them to say regardless of whether it’s true or not. They have been loyal servants to Donald Trump, especially Sean Spicer. And, he’s probably going to be canned because he can’t keep up with all of the lies coming out of this administration.