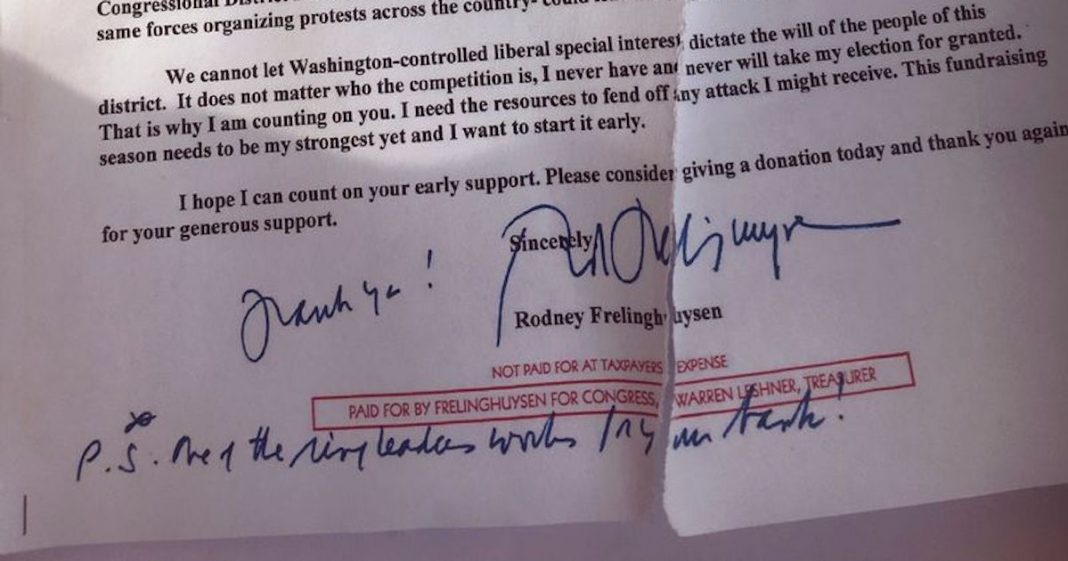 NJ 11th for Change is an activist organization in New Jersey that has put constant pressure on their Congressman, Representative Rodney Frelinghuysen, to hold town hall meetings. Saily Avelenda, a senior vice president at Lakeland Bank, was a key player in leading the group that formed shortly after Donald Trump’s Presidential election.

However, Rep. Frelinghuysen was none-to-pleased with the group’s efforts, so he wrote a fundraising letter to a board member of the bank Avelenda worked for. The letter says,

“let’s be clear that there are organized forces — both national and local — who are already hard at work to put a stop to an agenda of limited government, economic growth, stronger national security.”

Then, Rep. Frelinghuysen added a handwritten post script: “P.S. One of the ringleaders works in your bank!” 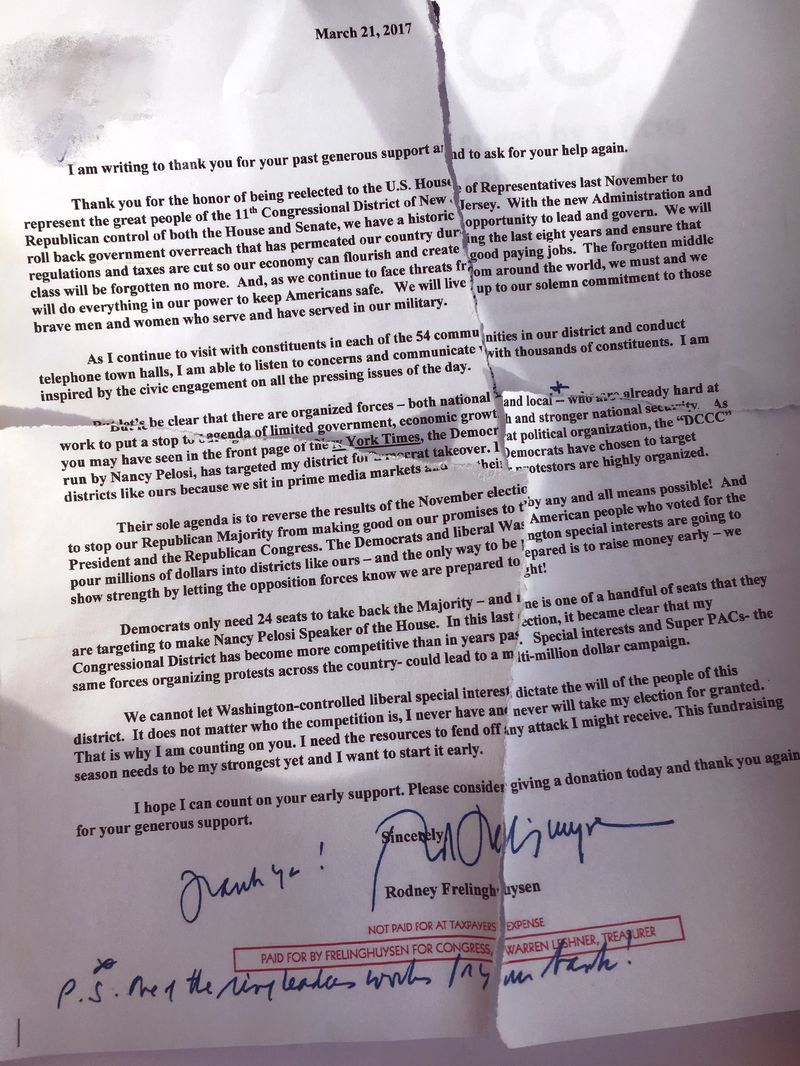 Because of the letter, Avelenda had to explain her political activism in a written statement to her CEO. However, after pressure continued to grow, she decided to resign. WNYC quoted Avelenda as saying about the letter:

“Needless to say, that did cause some issues at work that were difficult to overcome.”

Rep. Frelinghuysen has drawn fierce criticism from constituents in his district for his stances on environmental deregulation and his “yes” vote on the revised American Health Care Act bill that passed the House earlier this month. While he has had controlled phone and internet chats, Rep. Frelinghuysen has not held a formal, public town hall meeting since 2013. Critics, like NJ 11th for Change note that his statements in private meetings greatly differ from his statements in his chats and his voting record.

Rep. Freylinghuysen was recently selected to be the chairman of the House Appropriations Committee, one of the most powerful positions in Congress. While his letter did not break any laws, it certainly was heavy-handed says Jordan Libowitz, spokesman for the non-partisan Citizens for Responsibility and Ethics in Washington (CREW). Libowitz told WNYC:

“Whether or not it breaks a criminal statute is one issue, but the very clear issue is that it appears that a member of Congress might be using his power to threaten someone’s employment because of their political activities.”

Last week, Rep. Frelinghuysen expressed his frustration with his critics, complaining that the efforts of groups like NJ 11th for Change was interfering with his ability to ignore his constituent’s needs:

“For people who have jammed our lines and made it difficult for us to meet our constituent needs, it would be nice for you to back off. I’m not suggesting people don’t have a right to speak and let their views be known, but some of this is highly orchestrated and it’s unfortunate.”

Rep. Frelinghuysen is hardly the only congressional leader drawing criticism for avoiding town halls. Florida’s Senator Marco Rubio, Speaker of the House Paul Ryan, Representative Dan Newhouse of Washington, and countless others have faced fierce protests over their lack of town hall meetings.