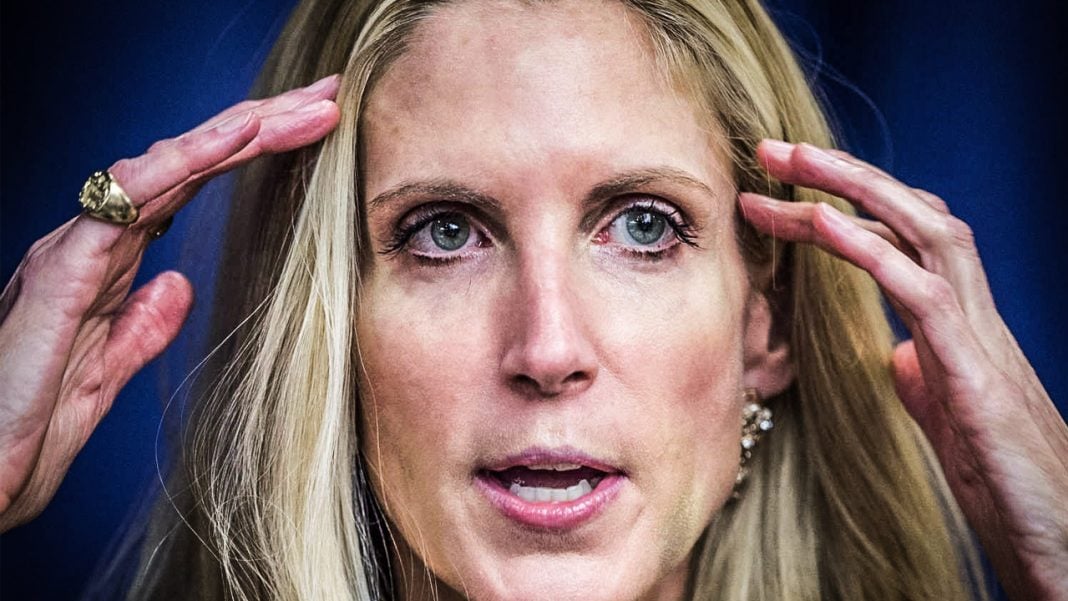 The Daily Caller interviewed Ann Coulter to get her thoughts on Donald Trump, and she didn’t have very many kind words for the president.  In fact, she said that she’s ready to turn on him and abandon the Trump train because he and his Republican allies in Congress have proven to be completely useless. Ring of Fire’s Farron Cousins discusses this.

As the public continues to lose faith in Donald Trump’s ability to govern, one of his most ardent supporters is now among the people who is actually losing faith in this man, and that supporter just happens to be Ann Coulter. Ann Coulter, the woman who wrote a book called In Trump We Trust, told the Daily Caller this weekend that she’s not so sure about this guy anymore. Is this supposed to be the great negotiator we heard about? Because he’s certainly not acting like it. According to the interview, Coulter is unhappy with the complete lack of progress we have seen from Donald Trump and his Republican controlled House and Senate. She says that given the fact that Republicans literally control everything, they’ve pretty much done absolutely nothing.

Now look, I absolutely agree with Ann Coulter about that. The Republicans have done nothing, and they have all of the power. But unlike Coulter, I happen to think that that’s a great thing. Because there isn’t a single that Donald Trump has proposed, or that the Republican Congress has tried to pass that would benefit the American public. Everything that they have worked on would be to benefit the top 1% of this country, people like Ann Coulter and Donald Trump. So she can get pissy if she wants about the fact that they haven’t accomplished anything.

She’s super mad about the fact that they haven’t built the wall along the border, and actually encouraged people to start sending bricks to Paul Ryan to show them how serious we are about wanting this wall. But the fact of the matter is that the majority of the American public does not want this wall. Ann Coulter does not speak for the majority and she never has. She doesn’t even speak for the majority of Republicans. She is a far right, alt right lunatic who happened to tap in to the hard core Republican racist anger many years ago, and make a fortune off of it.

She’s doing exactly what the other Republicans are doing, like Alex Jones, who plays off the fears and manipulates his base in order to get money. Ann Coulter’s doing the same thing except she’s not pushing crazy conspiracy theories like Jones, but she is playing this hard right crazy character very well. Maybe it’s a character, maybe it’s who she really is, I don’t know. I do know she does have intelligence. She has a very good degree from a prestigious university, but she knows how to play her base, she knows how to make money off of it. She sees the public backlash against Donald Trump, including among his hard right, alt right followers, and she’s once again trying to tap into that.

Now in this interview she does say she still believes in Trumpism. She has hope for the guy. She hopes he’ll do something good. She hasn’t lost faith completely, but she is at the point where she almost wants to jump off of the Trump train. It’s not because she isn’t happy with him, it’s because his base isn’t happy with him, and his base is her fan base. The people that buy her books. The people that give her money. The people want to go hear her speak. That’s all she cares about. She doesn’t care what Donald Trump accomplishes one way or another. She just wants to make sure that she stays on the same side as the alt right, so that she can continue to sell a few more books every year.