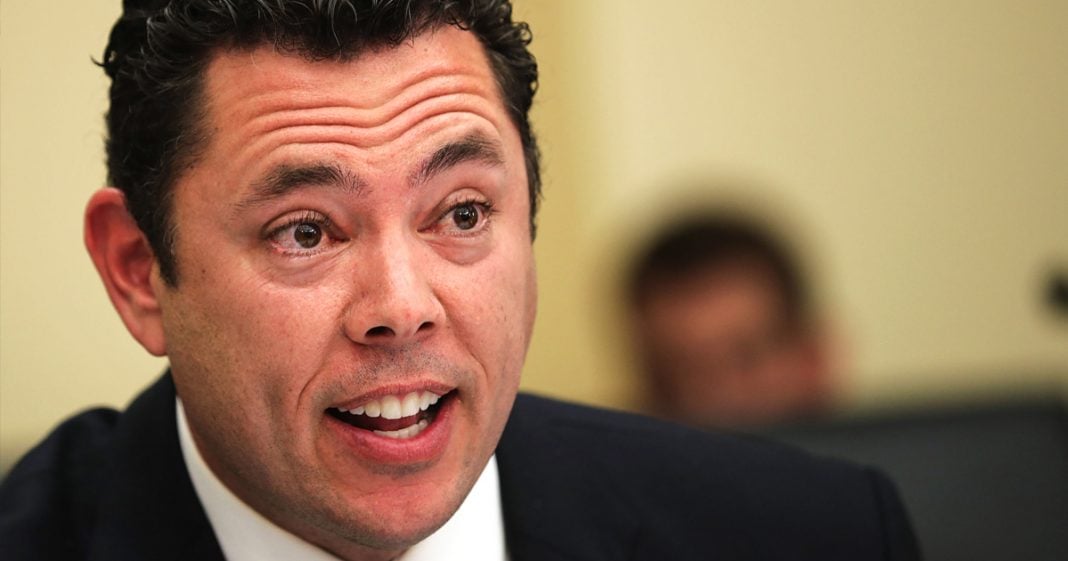 What do you do when your favorite news network is sinking under a mountain of racial prejudice lawsuits, sexual harassment allegations, disgraced former hosts and presidents, a resigned co-president, and a near endless supply of bad press? Well, if you’re Rep. Jason Chaffetz, you hop onboard!

Reportedly, Rep. Chaffetz is telling other Republicans in the House that he is planning to leave his congressional job to work for Fox News. According to two lawmakers and four GOP aides, Chaffetz is putting his makeup on now and carefully styling his hair for his Fox pundit debut.

Chaffetz had previously announced that he would not be seeking re-election in 2018, then said that he would likely not even finish the entirety of his term. Chaffetz denied scandal for his early removal, but it makes no sense that he would abandon his post before an election to replace him unless a scandal was brewing.

Fox News has never been a good place to be, but especially now, why would Chaffetz be considering tying his wagon onto that dying star?

While being a Congressman is no penny-poor job, the likes of Bill O’Reilly and Roger Ailes will surely tell you that a gig at Fox is far more lucrative. Considering how well Fox treats its male employees, Chaffetz is eager for a comfortable career where his employer not only pays him, but pays the women he may or may not sexually harass as well. That is, if Fox doesn’t buckle in the next couple of years from the sheer weight of scandal and lawsuits.

Also likely on Chaffetz’s mind is his flair for drama. The attention he received from his conflicts with Hillary Clinton brought him a great deal of notoriety, something he is likely hoping to capitalize on.

Chaffetz is certainly not the only former politician to sign up for a spot on Fox News, but he and Sarah Palin appear to be alone in the camp of resigned just to work at Fox. We saw how well that panned out for Palin…

Chaffetz could be installed at Fox as early as July, sources say.