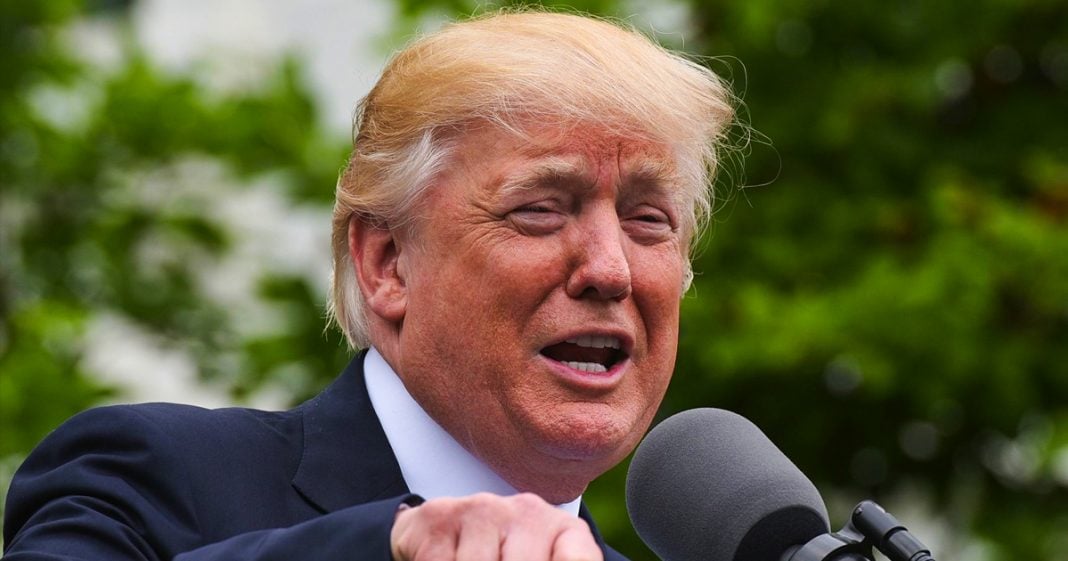 Sam: Farron, the President went on this week to question, I don’t know. There’s a lot of people who are interpreting this in many different ways, but Donald Trump clearly feels like Abraham Lincoln may have dropped the ball a little bit. He is clearly, and there’s been a lot of talk about how Steve Bannon is on his heels in the White House. I think that’s true. We saw Seb Gorka basically make his exit this week or at least it was announced and we can talk about him in a bit. He was just sort of a run of the mill, a neo-fascist Breitbartian writer who for some reason was walking around the halls of the White House claiming to be a counter-terrorism expert. Putting that aside, I think Donald Trump’s talking about Andrew Jackson this week still is indication that if Bannon is not still in his ear telling him how to succeed with his base, he’s still in his mind telling him how to succeed with his base.

Farron: This was just one of the oddest statements I think that we’ve seen from Donald Trump so far. That says a lot, really, because this is one of those things. He didn’t have to say this. He didn’t have to say anything at all regarding the Civil War and Andrew Jackson, and just decides to randomly throw out this piece of information about he’s a lot like Andrew Jackson who, as we all know, almost stopped that Civil War, if only he hadn’t died a decade and a half before it began. Donald Trump didn’t know that little piece of trivia there, and so comes across just looking so much more childish and ignorant than he normally does.

What’s funny is that you do have the different reactions from the various different groups and to be honest, one of my favorites has been Joe Scarborough who seemed genuinely concerned about Donald Trump’s mental health following this statement. Goes on his show in the morning and says look, this is getting worse. There’s something wrong with this incoherent rambling that the President is currently doing. Honestly, he seemed very sincere, like he’s genuinely upset for this man. I agree. I mean something-

Sam: I’m sorry. Let me stop you there for a second and let me tell you why I think a lot of that I find to be hooey. I think the idea that he didn’t know that Andrew Jackson had passed away is hooey. I think he said it in a sloppily way, said if he was around then or something like that, he would’ve had a problem with the Civil War. I think of course Donald Trump hasn’t read one lick of a history book that would tell him what was going on. It’s obviously a story he heard. But I think he also knows that Andrew Jackson is a signifier to his white nationalist base of where his sympathies lies.

Jackson was a guy who committed genocide on behalf of the United States. He’s a much more complicated figure than that, but based upon the average Trump voter, that’s what they know about this guy. The whole construction of did we really need to have a Civil War, this has been, this question and the subsequent answers that it provides has been bouncing around right-wing fever swamps and frankly, not even the fever swamps. Jon Stewart was in a debate with Judge Napolitano years ago where the question of why couldn’t Abraham Lincoln just buy the slaves. This is something we hear all the time from libertarians. This is Donald Trump signaling to his base that the Civil War was a war of aggression by the Union forces. That’s what’s going on here.

For people like Joe Scarborough who claims in his 54 years to have never heard such a question, there is no doubt in my mind he heard that question. I know where he’s from the south. You know where he’s from. He heard that question many times. The Civil War was a war of aggression to a large subset of people in this country and there is a pretty consistent one-to-one relationship of whether or not they voted for Donald Trump. That’s what this was about. This was about shoring up his base by saying something that to the rest of us, sounds rather incoherent.

It’s only for the fact that I spend so much time dealing with right-wingers that you hear these type of things. The idea that he could’ve worked out a deal in some fashion. I mean, what would the deal have been? The deal would’ve been I would’ve paid for all of the slaves. Now of course, Lincoln offered that to several of the states that were on the borders of the Confederacy. They didn’t take that deal, but there wasn’t enough money in the treasury to buy all those slaves in the first place. And let’s be honest. It’s not just buying the slaves that the southern plantation owners were … It was about everything that was generating their wealth. There was a lot of economic reliance, yes. The south wants to argue it was about economics, yes. It was about somebody coming in and trying to take away your free labor.

I am not so sold on this notion of there was oh my gosh, is there gambling here? No. I’m sorry. There’s an attempt to make this a unique phenomenon that is only a function of Donald Trump, but this is boiler plate conservative meme questions that we’ve heard for years and years.

Farron: It is that. I mean look, that’s probably the best analysis I’ve heard of that and to be honest, not something you’re hearing about too many other places. Put that into perspective with what Joe Scarborough said. For the record, Scarborough’s a guy who, during the time, did everything he could to prop up Donald Trump. I take his half-hearted concern for the man with a grain of salt. When you do, perhaps that’s misdirection. Perhaps that’s Joe Scarborough saying look away from the racism and maybe there’s just a problem here. Maybe he’s just not thinking clearly. Maybe he’s just rambling, doesn’t know what he’s talking about and misdirect away from the dog whistle politics that Trump is playing here. Spot on analysis there, I have to say. Again, not something I had heard anywhere and certainly not something that I had thought of. I do appreciate that.

Sam: I spend too many times taking phone calls from libertarians who tell me the same thing. I mean, you hear this stuff all the time. I think some of these right-wingers call Lincoln the evil, the most evil of the evil because of his war of aggression on the south. This is more of Donald Trump basically sloppily but trying to send a dog whistle to his base because we’re looking at a guy who has had unprecedented unfavorable ratings this early in his administration. He’s been unable to get anything of his agenda passed where it involved somebody else having to do something. He’s been unable to move a single item on his agenda.

When it came to signing executive orders, when it came to changing the policy that ICE uses to determine who they’re going to go after in terms of undocumented immigrants, he’s been able to do that. He’s been able to unilaterally destroy the EPA in many respects in terms of its regulatory functions, but whenever it involved anybody else signing off, this amazing deal-maker was able to do nothing at this point. He’s trying to turn his situation around.