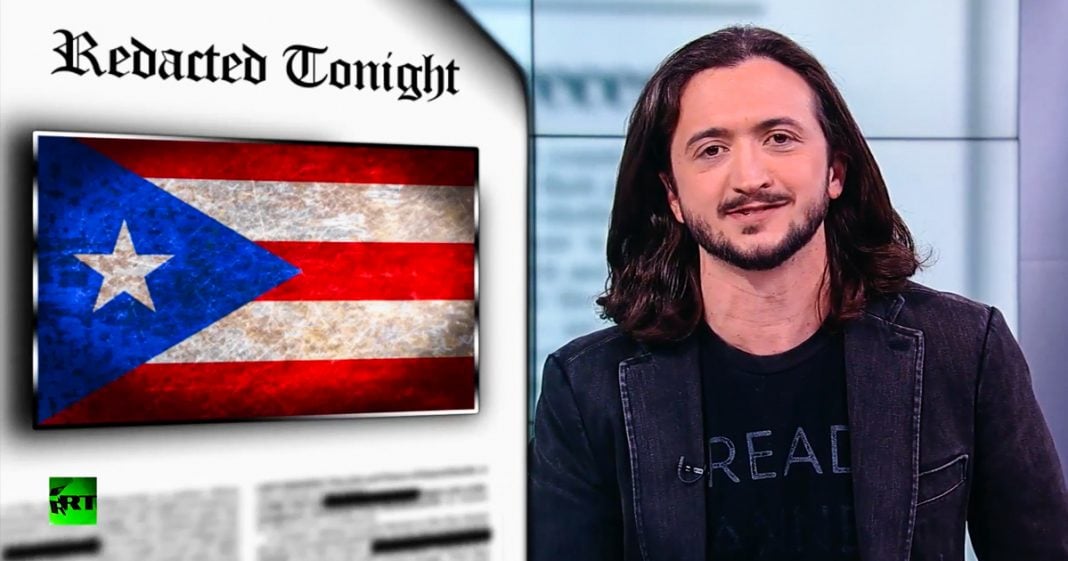 The present-day US colony of Puerto Rico is, sadly, drowning in $123 billion of debt, both in bonds and pension obligations. They’re not going to be able to pay it and have now been “allowed” by the US government to go into a version of bankruptcy proceedings. The thing is, the colonial rule and exploitation of Puerto Rico by the mainland US for more than a century has in large part CAUSED this financial crisis. The US has systematically made Puerto Rico a dependent economy and then the US pulled out the rug. Lee Camp is joined by correspondent John F. O’Donnell at the desk to break it all down.