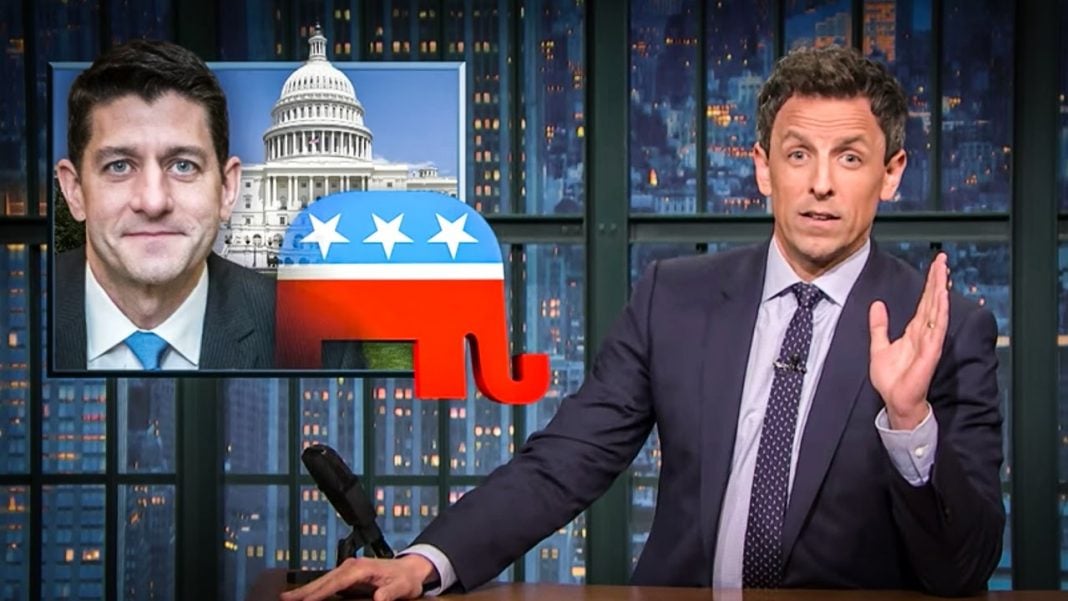 Late Show host Seth Meyers went after the Republicans for voting in favor of their disastrous healthcare bill in the House, so House Speaker Paul Ryan sent Meyers an email informing him of all the ways that he was wrong. Seth Meyers used his show to blast every single point Ryan made in the email, and exposed the continuous lies that Republicans like Ryan are using to sell this bill to the public. Ring of Fire’s Farron Cousins discusses this.

Caitlyn Jenner’s Campaign Is Going Down In Flames