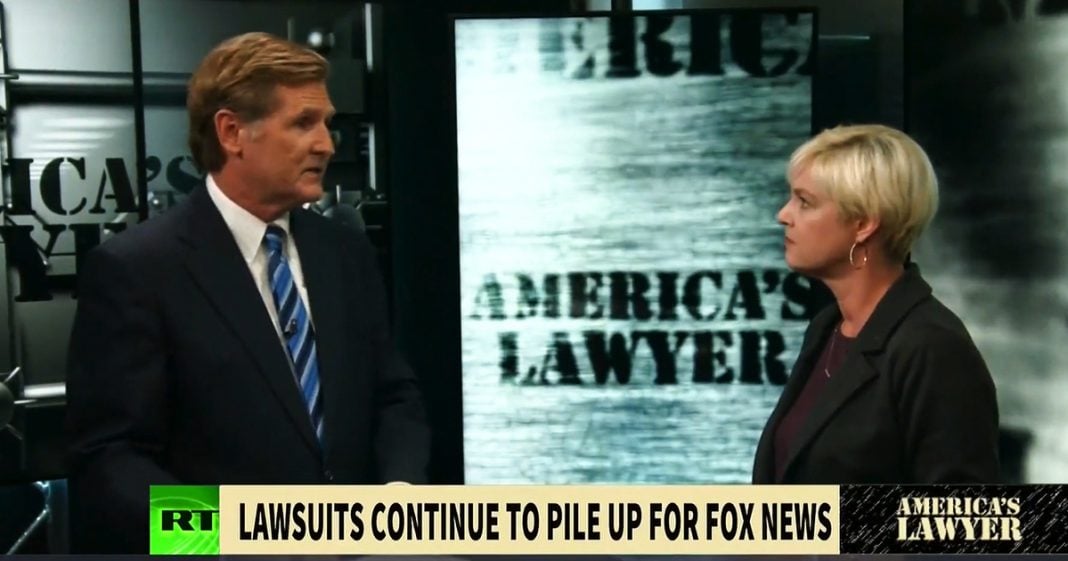 Papantonio: The lawsuits and scandals continue to pile up for Fox News. The last few months have seen the ousting of former CEO Roger Ailes, Fox News president Bill Shine and host Bill O’Reilly over sexual harassment claims. In addition, the network is facing a class action racial discrimination suit and harassment suit filed by former host, Andrea Tantaros. In her suit Tantaros alleges that Fox News monitored her phone calls and emails in order to intimidate and crush her career.

Just how many lawsuits will it take to change the culture at that cable news giant? Here to talk about that is Mollye Barrows, legal journalist for The Trial Lawyer magazine. Mollye, wow, this story picks up by the moment. Tell us about the pattern that you’re seeing. Tell us about the culture at Fox News that these cases are uncovering, especially as to how they treat females around that shop?

Mollye: It’s interesting. As you know, I’ve spent about 20 years in broadcast journalism, and I don’t think this is sadly all that unusual. I think Fox News made a very lucrative successful business model out of openly and very publicly putting extremely attractive women on the air. There’s nothing wrong with that. It’s no secret that attractive women attract viewers. I think the problem is because they were so publicly encouraging that it created this behind the scenes atmosphere of women are more valued for their sexuality than for the quality of work that they bring to the table, even if they were bringing quality work and are bringing quality work to the table. It became more about their value with how they made the men in power, how they recepted their flirtations in this general culture.

Papantonio: These numbers, Mollye, are staggering. The numbers, 35 million. I mean you probably know them. I know that the numbers are anywhere between 35 million, 25 million.

Papantonio: Of settlements. Talk about that a little bit.

Mollye: Yes, and it’s interesting because The Wall Street Journal and other publications have recently release in details about the federal investigation into Fox News and what they’re finding and those settlements are in fact part of their scrutiny. They’re looking to see who exactly made these settlement agreements, who structured them and what exactly did they tell the board of directors. Did they say, ‘Hey, by the way, we just paid $20 million to one of your former anchors over a sexual harassment claims,’ or are they just putting it in a category that just says settlements and that sort of thing, without really giving the details to their board of directors what it’s for?

Papantonio: How strong is that Tantaros case based on the facts that you’ve reviewed and looked at at this point?

Mollye: I think really it’s pretty strong. I guess we’ll have to see exactly what kind of evidence she’s got, but she claims she’s got some forensic evidence that show that they went through her emails and her phone calls basically to see what she was talking about, and then use that to intimate her. It goes hand-in-hand with some of the other complaints that you’re hearing from other people that not only was there this culture of discrimination and harassment, but if you try to talk about it they were going to intimate you and use your own information against you to discredit you. In fact, Ailes is now being investigated going back to that federal investigation for hiring a private investigator, in fact a contributor to Fox News to look into the backgrounds of at least two women to see if there was anything in their past that they could use against them in retaliation for these claims.

Mollye: No, I think it’s fantastic. I mean and if it is true and this isn’t just a bunch of people jumping on a bandwagon looking for a quick way to make a buck, if all these allegations turn out to have some sort of merit, this needs to send a message. It needs to send a message broadcast-wide because there are any number of other news corporations and individual stations that have followed in this very lucrative model of placing very attractive women in the forefront, but in a way they objectify them. Again, there’s nothing wrong with using attractive women to attract viewers, but don’t make that the only thing that’s of value.

Papantonio: I think just like the Cosby case, this is going to bring some people out to say, ‘You know, I don’t have to put up with this. There are laws that protect me.’ I got to tell you something, I hope in this particular case that’s the situation. I hope more people come out. I think as this Fox story develops we’re going to see a lot of other aspects like the racial discrimination case that we’ll talk about another time.