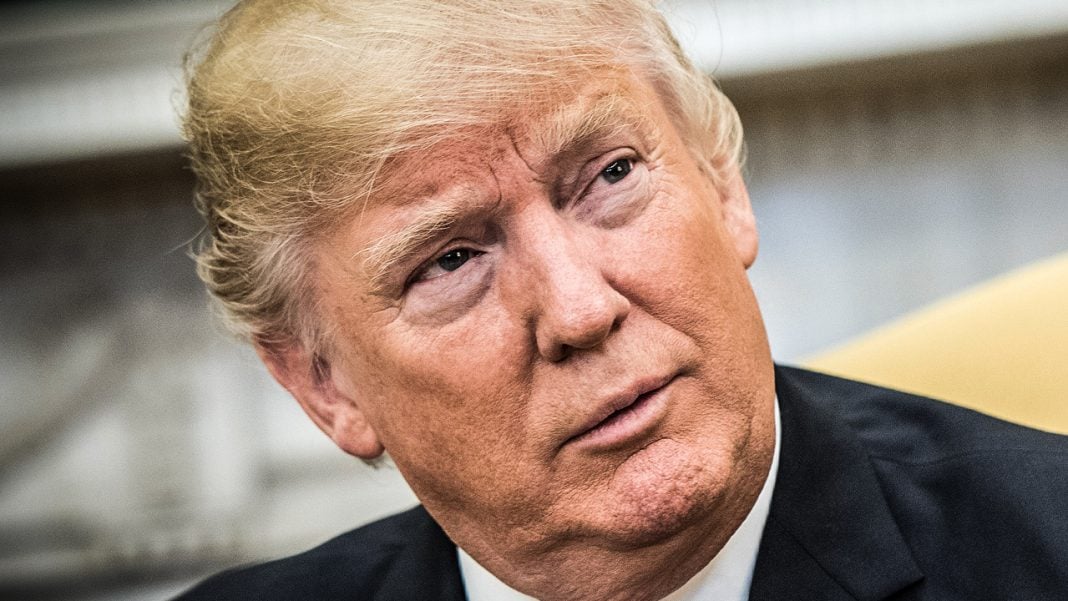 With his plummeting approval rating, the nonstop investigations, and his Twitter tirades, Donald Trump is causing a massive amount of harm to the Republican Party.  So why aren’t more Republicans speaking out against him?  Are they too spineless, or do they actually like what he’s doing? Ring of Fire’s Farron Cousins discusses this.

But the thing that I don’t understand the most is how Republicans in Washington, DC, today can sit silently by when they see Donald Trump doing so much damage to their party. You know, before the Republican Party was hijacked by the extremists, by the Religious Right, it wasn’t all that bad. They’ve got some good things on their historical résumé. But for the last 80, 90, maybe a hundred years, the party has been complete garbage, and getting worse year by year. So, say I’m Paul Ryan right now, and I’m looking around, and I’m seeing what’s going on in DC, and seeing how much damage Donald Trump is doing to my party, seeing his poll numbers plummet, seeing the angry people show up at town halls because of what I, Paul Ryan, am doing, and I’m just going to let it go?

The Republicans had a real opportunity here to take the lead and say that what Donald Trump is doing is wrong and he doesn’t represent mainstream conservatives or Republicanism. Instead, they didn’t do that, he hijacked the message, and he became the face and the voice of the Republican Party today. If you are Republican, you stand for what Donald Trump stands for, because nobody else in a leadership position was willing to stand up and say, “He doesn’t speak for us.” He is in charge, and the Republicans in Washington are too timid, too weak, or too paid off to fight back against him, even though they know, they see what’s coming in 18 months, those 2018 midterms, where they will likely lose the House of Representatives. They see it. They’re just either too stupid or too scared to do anything about it.

Now, I fully 100% acknowledge that they deserve this, and I want them to lose big time in the midterms. I want them to lose the Senate, and I want them to lose the White House forever. I’m not trying to defend the Republican Party or give them tips on how to get better. I’m simply questioning why these people are so spineless that they won’t speak out against a man who is destroying everything they allegedly love. It doesn’t make any sense unless they also believe what he believes, unless they’re also as corrupt as he is. That is the only logical explanation why these Republicans would sit silently by while this man destroys their party for a generation, because that’s what’s going to happen at the polls.

And I know we have John McCain out there saying that firing Comey was bad, and more shoes are about to drop on Russia. We have Lindsey Graham out there saying, “We want Donald Trump’s tax returns, because we need to know about his business dealings to see if there’s conflicts of interest there.” But you’re also talking about … That’s two people, and McCain and Graham are just as bad. They’re even more hawkish when it comes to foreign policy than Donald Trump has been, so that’s not a relief. Yeah, they’re talking about the need to go around him and find out what kind of crappy things he’s doing, but they’re not going to be any better, and they only want to do it because they want the power for themselves. Both men have run for president a couple times and lost.

That’s what’s happening today. The Republican Party is falling apart, they’re absolutely imploding, and it’s because there isn’t a single one who is willing to stand up and tell Donald Trump, “No.” “No, you cannot speak for my party.” “No, you cannot do this, you cannot do that.” “You cannot get on Twitter. I’m taking your phone away.” Nobody had the guts to say any of that, and because of this, they’re going to find their rightful place on the ash heap of history as a monument to their spineless, cowardly bowing down to Donald Trump, and they absolutely deserve that.