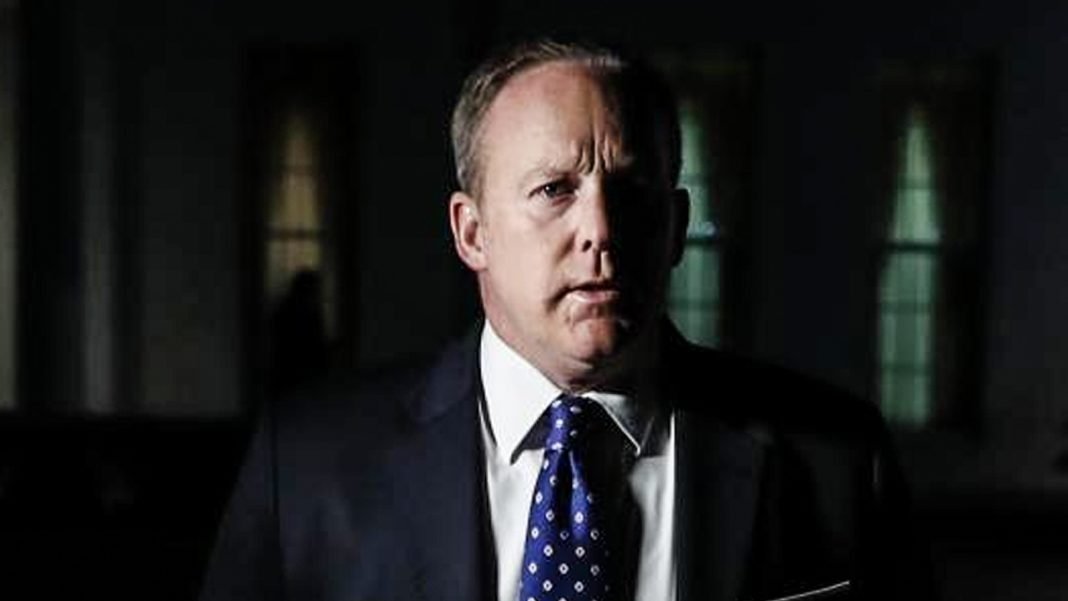 After news broke that FBI director James Comey had been fired, many members of Team Trump hit the media circuit to downplay the effects.  But not White House Press Secretary Sean Spicer – he LITERALLY hid in the bushes. Ring of Fire’s Farron Cousins discusses this.

On Tuesday evening, after President Trump fired James Comey as the Director of the FBI, obviously a lot of people within the Trump Administration needed to get in front of cameras and explain why the President decided to fire the man in charge of investigating his campaign’s ties to the Russians. Well, everybody did their part except for Sean Spicer. Rather than doing like Kellyanne Conway and going on CNN and getting destroyed or Sarah Huckabee Sanders, what Spicer did was he decided the best approach was literally no approach, so instead of approaching reporters after he did a segment on FOX Business, when he came walking back to the White House, he decided to hide in the bushes rather than face all of the reporters standing there waiting to ask him about James Comey being fired.

Now eventually, Spicer did send his assistant out and she informed reporters that he’s more than happy to come and take your questions if you walk over here into the bushes with him and you do not film him. Spicer repeatedly requested that reporters turn off their lights, turn off their cameras. I’ll talk to you but you’re not going to film me.

Now I know Sean Spicer’s job is awful. I would not want to have to be tasked with going in front of reporters every single day, lying through my teeth, covering up for a man who’s probably one of the most corrupt politicians we’ve seen in our lifetimes, but still, Sean, you took that job. You agreed to do it. You don’t get to hide in the bushes because you’re afraid of reporters, because your boss just did something incredibly stupid, something that most people are comparing to Watergate levels of scandal. You can’t hide. They will find you and it just makes you look pathetic and weak when you refuse to address reporters about something that your crazy ass boss did. That’s your job and your responsibility. If you don’t want it, quit, leave, go away. Go find another job where you’re not going to be hounded by reporters on a daily basis as part of your job description.

Clearly, you can’t handle this position. Maybe you didn’t know that Donald Trump was going to be as insane as he is, but again, that’s your fault. If you’d been paying attention during the campaign, you would have known that this job wasn’t going to be a piece of cake, but instead, instead of manning up, going and talking to those reporters, you sent out your assistant to bring them over to you in the nice quiet calm of the bushes, where you could speak in peace and answer their questions off the record.

That’s not how your job works, Sean. You’re supposed to be the first one to go out front and explain away the crazy of Donald Trump, not run and hide from it.