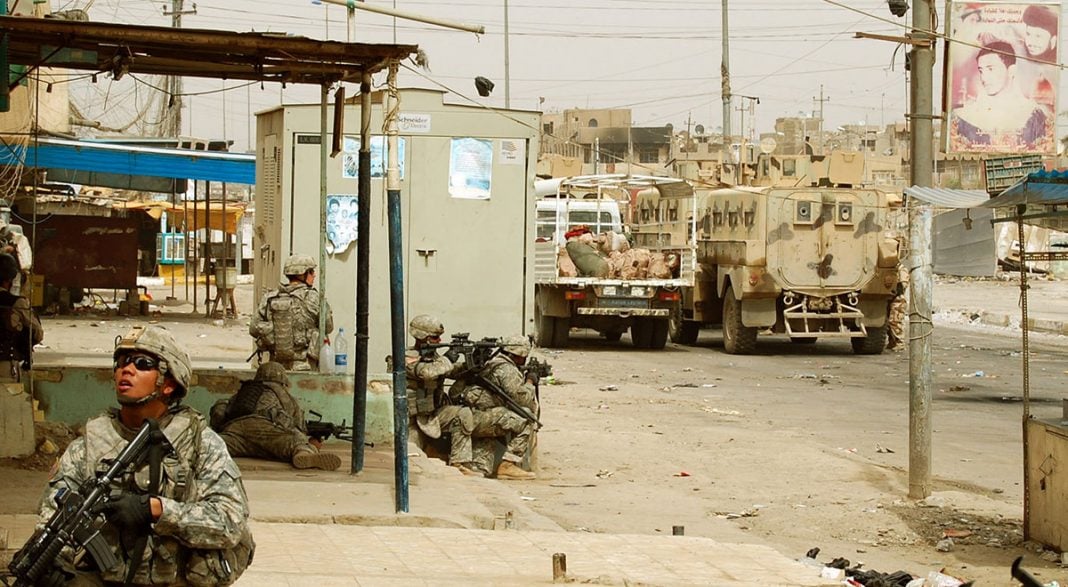 The next front in the “War on Terror” has been opened. The new battlefield is the courtroom, and the ground troops fighting the battle are the civil trial lawyers. The new primary target in this front is the financial industry.

On one side are plaintiff law firms representing American veterans and civilian contractors who have suffered injuries because of state-sponsored terrorist acts. One the other side are corporate trial lawyers who represent financial institutions such as HSBC, UBS and others that have aided and abetted those actions.

Before bombs can be planted and roadside explosives put into place, someone has to foot the bill – and that can’t happen without the co-operation of large banks and financial institutions that time and time again demonstrate that profits are more important than human life. In this three-part series, we will take an in-depth look at terrorist money laundering, how it is accomplished, and what actions are being taken to hold involved parties accountable.

As these stories come out, the term “money laundering” will be heard a great deal. It is a term with which most people are familiar, and of which they have an abstract understanding. But how exactly does it work? How do terrorist organizations and State sponsors of terrorism “launder” the funds required to carry out their agenda, and why would they even need to do it?

Simply put, money laundering involves the repeated transfer of funds from one business or country to another in order to obscure the origins of those funds. For example, a drug cartel will attempt to make its profits from the sale of illegal narcotics appear as if they were generated from a restaurant operation (as happened in the popular television series Breaking Bad). The reason is because terrorist organizations, like drug cartels, deal primarily in cash. This is inconvenient for a number of reasons, not the least of which is that carrying large amounts of cash through ports and across international borders automatically raises red flags for customs officials – and in most cases, is illegal (cash currency also weighs a great deal).

The process typically involves three steps. The first of these is known as placement. A “front man” working for a terrorist organization, or a state sponsor of terrorism, simply walks into a bank and deposits the cash into an account. This is the stage at which – assuming a bank is doing its job – the perpetrator runs the greatest risk of being caught. Large cash deposits usually garner unwanted attention, and legally, banks are obligated to report such large transactions to the authorities.

This is also the stage at which banks become complicit. In some cases, the money launderers have inside help from unscrupulous bank officials who are either working with them, or are simply turning a blind eye to the whole process. In many cases, the depositors use a strategy known as “structuring,” in which these large deposits are broken up into smaller amounts so as to conceal the original source of the funds, usually with the assistance of a securities broker.

The perpetrators can also convert the cash into assets that are equally valuable, but attract less undesired attention. Blending of funds is yet another method of placement, which involves setting up businesses for cover (such as restaurants, casinos or retail stores) and simply hiding the “dirty” cash with legitimate profits, as was the case with Walter White’s car washing operation.

In the case of State sponsors of terrorism, such as Iran and Sudan, the central banks entered into criminal conspiracies with major international banks headquartered in Europe to secretly and illegally transfer billions of dollars to Iran and Sudan, circumventing U.S. efforts to interdict funds which may be used to fund terrorism.  The U.S. Treasury announced that two of the Iranian banks involved in the conspiracies, Bank Melli Plc. and Bank Saderat Plc., illegally transferred at least $100 million to the Islamic Revolutionary Guard Corps. and $50 million to Hizballah.

According to Gavi Mairone, a leading advocate in the fight against these banks and also the founder of the Iraq War Fund: “It costs literally billions of dollars for international terrorist groups such as Al Qaeda, Hizballah, IRGC-Quds Force and others to perpetrate the thousands of terrorist attacks launched against Americans and others worldwide since 9-11.  Access to the U.S. and international financial systems was and is not only necessary but it is the oxygen needed by the terrorists, without which terrorism would have become small, localized problems rather than the worldwide threat it is today, destroying tens and hundreds of thousands of lives.”

The entire process of illegally placing terrorist-funded money in banks has been made easier by the loosening of regulations on financial institutions. This has also made it easier to move currency through foreign exchange markets – which brings us to the second stage, known as layering. This stage of the process will be covered in the next installment.