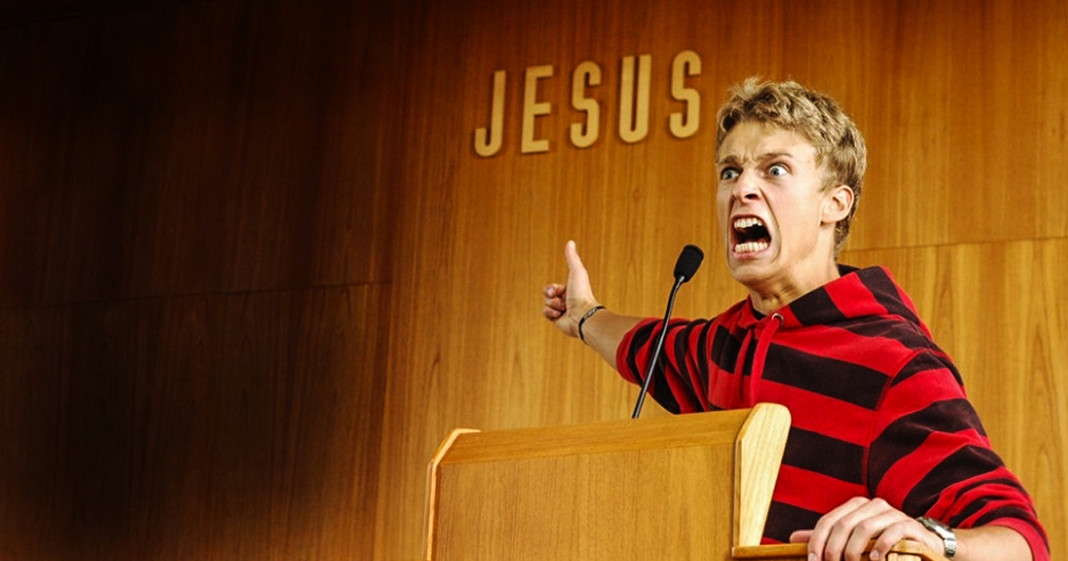 One interesting and seemingly contradictory thing about right-wing extremist politics is how comfortably it walks hand-in-hand with religious fundamentalism.

In this country, we’ve seen heartless, hypocritical “elected” officials justify their equally cruel and heartless policies in the name of Jesus. Here are three examples:

This sort of use of religion in order to justify corrupt politics is happening all over, and in some of the most unlikely places.

This week, the largest Muslim country in the world, Indonesia, sentenced the minority Christian governor of Jakarta Province to a 24-month prison sentence for “blasphemy” against the Quran. Apparently, his “blasphemy” consisted of quoting a verse from the Quran in order to prove to his supporters that Islam has no restrictions on people voting for a non-Muslim leader. This is a disturbing development, because Indonesia has a long reputation for religious moderation as well as tolerance. Sadly, it has also emboldened hard-right Islamist fundamentalists in that country.

Lest you think that Muslim countries are the only ones with a theocratic bent, let’s take a look at the Emerald Isle. In 1922, the people of Ireland were finally able to throw off 700 years of English oppression – but then, gave themselves over to another oppressor in the form of the Roman Catholic Church. In many ways, this was a reaction to centuries of English policy that was aimed at abolishing Catholicism in Ireland (known as the “Penal Laws,” or Na Péindlíthe). However, like all reactionary movements, Irish Catholicism in the 20th Century turned into its own form of oppression – primarily aimed at women. Part of this took the form of the infamous “Magdalene Houses,” in which young, unwed mothers (even victims of rape) were imprisoned and enslaved for years. Another manifestation is in Ireland’s highly restrictive abortion laws, which at one point made abortion illegal even when Irish women traveled abroad for the procedure.

That religious oppression isn’t limited to women, apparently. In February 2015, British actor and comedian Stephen Fry (Blackadder, V For Vendetta, The Hobbit) was being interviewed on an Irish TV program. When asked what he would say to God, Fry replied:

“I’d say ‘Bone cancer in children, what’s that about?’ How dare you create a world in which there is such misery that is not our fault. It’s not right. It’s utterly, utterly evil. Why should I respect a capricious, mean-minded, stupid god who creates a world which is so full of injustice and pain? Because the god who created this universe, if it was created by God, is quite clearly a maniac, an utter maniac, totally selfish. We have to spend our lives on our knees thanking him. What kind of god would do that?”

Fry is now under investigation by Dublin police for violating Ireland’s 2009 Defamation Act, which states that anyone who either publishes or makes “blasphemous” statements is “guilty of an offence.” Stephen Fry now faces a fine of as much as €25,000 (approximately $27,200 USD).

This rise of religious intolerance and rigid fundamentalism around the world is not only disturbing, it flies in the face of teachings by great spiritual leaders throughout history, from Buddha, Jesus of Nazareth, and Mohammed to Pope Francis and the Dali Lama. And it’s less about “righteousness” than it is about control and oppression.

Throughout history, organized religion has been used by the State as a tool of social control. The Age of Enlightenment was the beginning of humanity’s fight to free itself from the tyranny of religion – but 250 years later, many of us are still having to wage that battle. In the meantime, this author can only offer his own prayer: “O Lord, protect me from Your followers.”