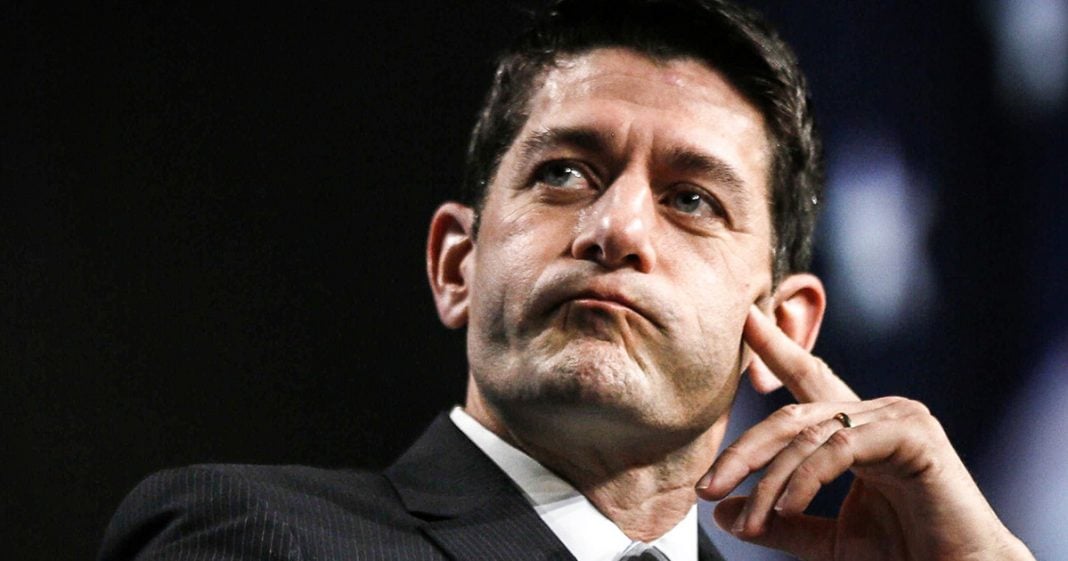 As Democrats begin to look forward to the 2018 election, putting together attack ads and finding candidates to oppose the GOP’s biggest offenders, one Congressman seems woefully out of reach: Speaker of the House Paul Ryan.

Next to President Trump, Ryan is without a doubt the most reprehensible Republican in office today. Not only does he have bad ideas and a total apathy for the well-being of Americans (in fact, some suggest that he enjoys causing pain and suffering to the little folk), but he is in a unique position of power in a unique time in U.S. government, allowing him to create and destroy policy almost at will.

Unfortunately for America, the possibility of kicking Ryan out of office any time soon seems near impossible thanks to the crooked dealings of the GOP. Ryan’s district in Wisconsin benefits from an extreme degree of gerrymandering, as well as a state-wide, coordinated effort towards voter suppression.

It is well known and established that Ryan’s district, the 1st District in Wisconsin is heavily gerrymandered to exclude all Democratic-leaning portions of the state. The population of the district has an extremely low minority population (less than 10 percent), and nearly 60 percent of those in the district work in white-collar careers. In 2010, Republicans succeeded in re-drawing district lines of over half of the districts in the state, a change that resulted in strong Republican wins in subsequent elections. The clearest sign of the gerrymandering extreme was that though Democrats in the state received more votes in 2016, they only won 39 of the state’s 99 districts.

Ryan and other Republicans in the state also benefit from a coordinated effort at voter suppression bolstered by voter I.D. laws. These laws are purported to cut down on voter fraud (about as real as Santa Clause), while actually working to make it much harder for low-income and minority voters to have access to voting. It was recently reported by the Nation that Wisconsin’s particular voter I.D. laws suppressed the votes of 200,000 residents. In the case of the national election, this could have been the difference of Trump winning or losing the state. For Ryan, there’s no telling how he would do if all residents were given equal access to their constitutional rights.

With this toxic cocktail of GOP control, it seems near-impossible to boot Ryan out of office unless his base turns on him. Though races all over the country are already heating up with insurgent Democratic opponents, the possibility of taking Ryan on is daunting. The seat has sat in Republican hands for 20 years and in 2016, when Ryan was increasingly unpopular for his lukewarm Trump support, Democratic candidate Ryan Solen received just over 30 percent of the vote in November.

Still, being aware of the enemy is the first step, and it would be hard to imagine any Republican with a bigger target on his back. If Democrats can continue to back candidates in races all the way down the ballot, the momentum they gain may be enough to topple even the most rigged race. After all, reports are showing Democrats are so eager to oppose Trump and the GOP agenda that they are giving money to candidates who don’t even exist yet – with the prize of a jobless Paul Ryan, there’s no telling what they may do.