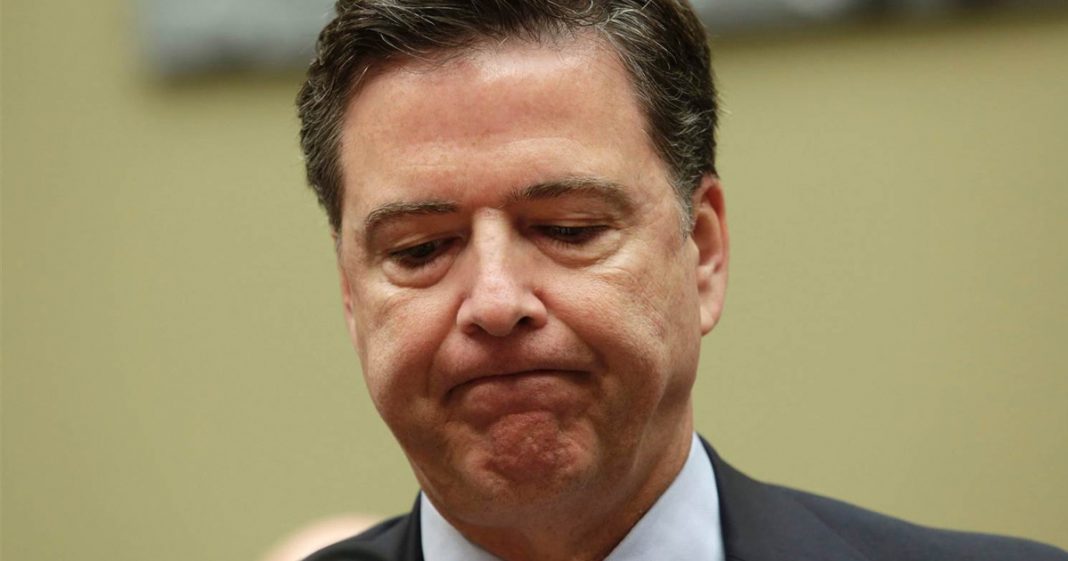 As many people debate over whether or not President Trump overstepped his bounds while firing FBI Director James Comey on Tuesday, one thing is abundantly clear: like most other things the Trump administration does, it was handled horribly.

How do we know? Well besides the fact that White House staff was utterly shocked that they were barraged with questions from the media immediately after the news broke, and besides the fact that Sean Spicer literally hid in a bush to avoid the press, Comey had to find out he was fired while he was addressing his bureau through a breaking news alert on a nearby television.

Yes, even before Comey could be handed the letter from President Trump notifying him of his termination, a breaking news alert told him the truth: that he was being fired in an unprecedented action.

Comey had been addressing FBI employees in Los Angeles when the news broke.

The events corresponding with his firing were so outrageous that Comey reportedly thought he was being pranked. When he saw the reports on television, Comey laughed before stepping into a more private setting to find out that his firing was more than a cruel joke.

Comey’s surprise and disbelief was not isolated. Others in the FBI reportedly had no idea that this firing was incoming and said that they were “in shock.”

Regardless of how you feel about Comey’s firing or Comey himself, the fact that he was allowed to find out about his own termination via a breaking news alert on cable news is a sad signal of just how badly managed this White House is.