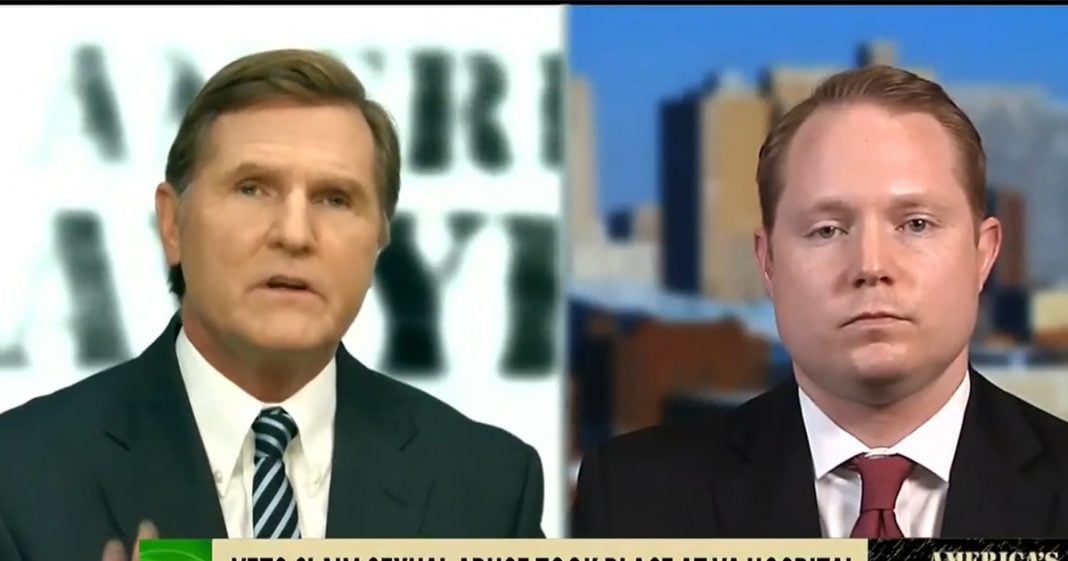 Lawsuits are mounting against the Department of Veterans Affairs for incidents that took place over a number of years at the Eisenhower VA Medical Center in Leavenworth Kansas. According to complaints, physician assistant Mark Wisner subjected numerous veterans to inappropriate physical examinations and all types of weird sexual comments. Wisner had his license revoked in 2015 and is now facing criminal charges for his conduct.

These lawsuits allege that the VA knew or they should have know about Wisner’s predatory behavior. Mike Papantonio, host of America’s Lawyer, discusses this with Attorney Robert Kinsman who represents two of the veterans who claim they were abused by Wisner.

Mike Papantonio: Lawsuits are mounting against the Department of Veterans Affairs that took place over a number of years at the Eisenhower VA Medical Center in Leavenworth Kansas. According to complaints, physician assistant Mark Wisner subjected numerous veterans to inappropriate physical examinations and all types of weird sexual comments. Wisner had his license revoked in 2015 and is now facing criminal charges for his conduct.

These lawsuits allege that the VA knew or they should have know about Wisner’s predatory behavior. Joining me now to talk about this case is Attorney Robert Kinsman who represents two of the veterans who claim they were abused by Wisner. Robert, can you start out by outlining the specific allegations your two clients are making against Mark Wisner in this sexual abuse case?

Robert Kinsman: Sure. Thanks for having us Mike. I’ll start with Mr. Wisner. We allege he breached the standard of care in a multitude of ways. First with the inappropriate genital exams, where fondling was often occurred. There’s inappropriate rectal exams, inappropriate commentary regarding sexuality and anatomy. Inappropriate touching to satisfy Mr. Wisner’s own pleasure. Improper record keeping or lack thereof of any records of some of these instances. There’s also allegations of over medication or over prescribing these veterans. We dove into the Department of Veteran’s Affairs Inspector General’s offices investigation of this and found that Wisner in fact admitted that he performed these exams for his own pleasure. He was sexually curious.

Mike Papantonio: Let me ask you this. The suit claims that the VA knew or they should have known that Wisner was as you put it an impaired practitioner incapable of appropriate patient care. What about Wisner’s history should have raised a clear red flag for the VA to take action, especially when you look at the history of this VA just over the last few years, where it’s almost a joke, where there needs to be serious investigations as to whether or not there has been any change at all in these promises that were made by the last administration that we’re going to get all of this under control. Talk about that a little bit.

Robert Kinsman: Sure. I’ll go over what’s a matter of public record already. Back in 1987 Mr. Wisner was arrested for soliciting a young man for oral sex. In the 1990s he was an athletic trainer here in a school district in Kansas where sexual abuse has been alleged against him. In 1999 a former nurse who worked with him actually went to the Kansas Department of Healing Arts and talked about and notified them of his inappropriate sexual commentary, inappropriate sexual acts and the overprescribing of medication.

Wisner then gets hired in 2008 and I believe it was September at the Leavenworth VA. 2011 you have veterans coming forward to their case manager saying that they were touched inappropriately, that there was something going on that they didn’t feel was right. In 2012 same thing happens …

Mike Papantonio: Let me ask you … What bothers me on many levels about this story, but one thing that really concerns me is we had case after case with the VA already, where you had people that couldn’t get care. They were diagnosed with cancer, couldn’t get in to see a doctor for a year after that. Supposedly we had all of these Congressmen, all of these Senators saying yeah we’re going to do something about that. We’re going to really do some investigations here. Have you really, since you’ve been looking at this about what the VA is up to, have you really seen any changes that really make you feel better about the fact that our veterans are being treated much better than they were five years ago?

Robert Kinsman: Well, every two years, our veterans get a lot hope from people running for office that they’re going to change the system, veterans first, but it just keeps getting worse. Veterans are still committing suicide, 22 a day. Some of our clients have to wait 12 weeks to receive mental health treatment. Some eight weeks to get a referral, so the problem is just a downward spiral and that nobody has stopped yet.

Robert Kinsman: Sure. As we all know, the veterans when they’re discharged from active duty, they leave a structured environment and often have to fend by themselves. They initiated care after being discharged with the Leavenworth VA hoping to gain some type of stability while trying to get better mentally and physically.

When these guys are discharged, they’re going through some of the most horrific PTSD and depression of their lives. On top of that they’re coming back to broken homes, divorce, trying to connect with their children on a level that their children can appreciate after coming back from war. They also come from an environment where they take orders from their superiors and they’re told to follow these orders. The rank of the soldier, his everyday life of a deployed soldier veteran, it’s how they conduct business …

Mike Papantonio: Let me get your take on this. Let me get your take on this. You had the media, let’s go to war. You had MSNBC, NBC, ABC virtually all of corporate media wanting to go to war, wanting to send somebody else’s children overseas to go to war. Now they come back and why don’t you talk about what you have observed as far as the coverage of stories like this that the media is unwilling to cover. The media simply forgets the rest of the story. That’s my take on it. What’s yours?

Robert Kinsman: Well I think that’s exactly right. I actually asked my clients if it were okay for me to come on here and talk about it. They said because there has been virtually no media interest in this at all, the deficiencies that happen at the VA everyday, to go out there and tell the world, to go out there and tell the people in charge of our veterans’ affairs that things need to change, this needs to stop. To go back to your last question though, Mark Wisner was in a position of authority over these people. This guy was ranked higher than them. He developed this notion of trust with them. They were vulnerable because he was their superior. They were vulnerable because they were suffering from severe depression and PTSD. They were vulnerable because they over medicated them.

Mike Papantonio: Let me tell you something. This is so important what you’re doing and I’m so glad you’re out there. We’re going to continue covering this story. You stay in touch with us, okay?

The Keystone XL Pipeline Has Permanently Been SHUT DOWN

Average Americans Are Getting Priced Out Of The Housing Market