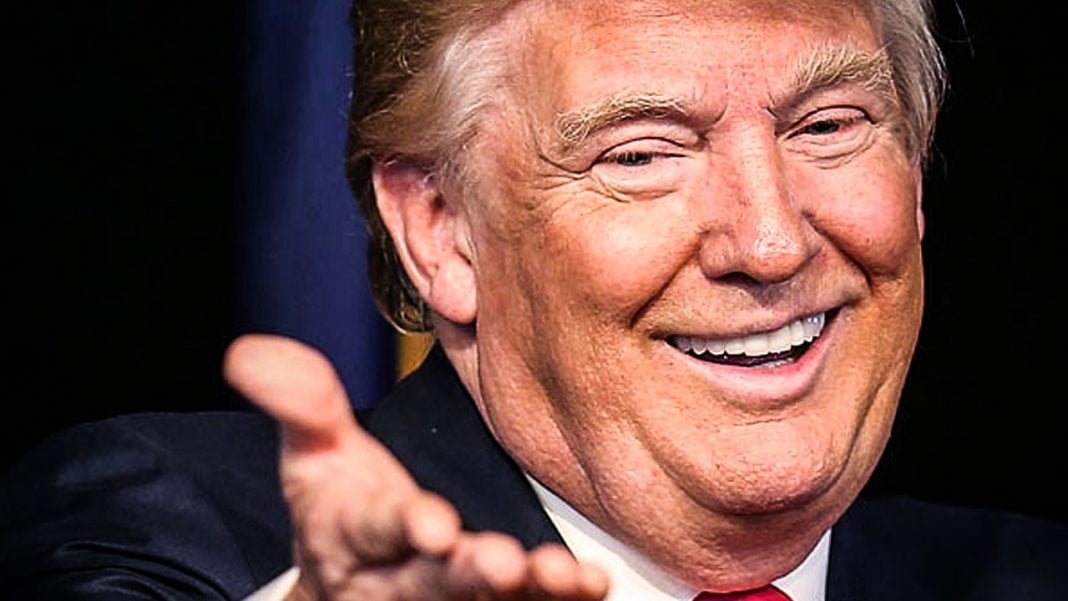 Donald Trump is set to announce his picks for lower level courts, and according to hardcore conservative groups like The Heritage Foundation and The Federalist Society, his picks are all great.  Any time a conservative think tank praises a judicial nominee, you can bet that you’re about to lose some of your rights. Ring of Fire’s Farron Cousins discusses this.

As it stands right now the Republican party controls the House of Representatives and the Senate, so they’ve got the legislative branch. They control the White House so they’ve got the executive branch, and they now, thanks to Neil Gorsuch, have a majority once again on the US Supreme Court so they control the highest court in the judiciary, but there’s still one area where they don’t have total and complete control. That is the lower court system.

You know that court system that Americans roll their eyes, and sigh, and oh I don’t understand to much about it, I don’t want to talk about it? The thing that really should’ve been a major campaign issue in the United States considering the fact that President Obama left office with about 100 judicial vacancies in the United States, that he could have and should have appointed. Well guess what. Today Donald Trump is announcing his names of the people that he wants to start filling those 100 seats in courts all throughout this country.

Now keep in mind, let me explain why these lower courts are so important. The majority of court cases in the United States do not go to the Supreme Court. Yeah they get to hear the big ones, they get to make some real big decisions, but when you add up the decisions that come from these lower courts, and the impact they have on federal and state laws throughout this country they are more influential than that one Supreme Court, because of the number of cases they hear and the complexity of the cases they hear.

Again, most Americans do not pay attention to this. The Democratic party has never made this a campaign issue, Republicans have because they understand you don’t have to have that Supreme Court. They know that one court, those nine people can’t hear every case so you can remake laws in this country at the lower level, people will never notice and they’ll move on with their lives.

Today Donald Trump is giving us those names, and we know that two of them use to be clerks for Antonin Scalia. You’ve got two little Scalia’s out there about to be appointed to federal courts. You have another guy, John Bush who actually defended Ronald Reagan in the Iran-Contra Scandal. A good little loyal Republican who kept the sitting president probably from going to prison. Those are the kinds of people Donald Trump is looking at to fill these judicial vacancies all over the country.

You know who’s excited about this? Conservative think tanks like the Federalist Society and the Heritage Foundation. According to a article in the Daily Caller these groups are ecstatic about these judicial appointees, because they know that once we get these people installed in these close to 100 seats all throughout the country, that Democrats are completely ignoring, we’re going to start remaking laws in this country. We’re going to start taking away the rights of women, the rights of minorities. We’re going to uphold those restrictive voter idea laws, and there’s nothing the liberals can do about it.

That’s why the folks at the Daily Caller, and that’s why the people at the Heritage Foundation, and the Federalist Society are so excited about this, because unfortunately they actually pay attention to this kind of stuff. Democrats have ignored it. Democrats roll their eyes. Democrats don’t seem to understand that there’s more than one court in this country. Yeah, we lost the seat to Neil Gorsuch, that’s sucks. We’re about to lose 100 more to a bunch of miniature Scalia’s, Republican loyalist, corporate hacks all because the Democrats didn’t pay attention, and because Barrack Obama never got around to appointing people to go sit on those benches.