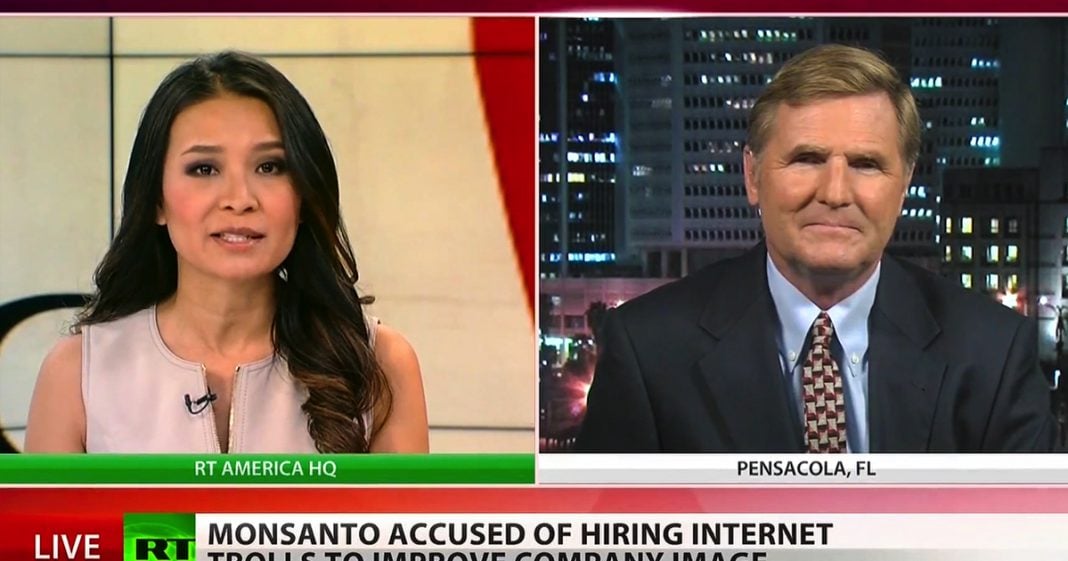 Via RT America: Biotech giant Monsanto is being accused of hiring, through third parties, an army of internet trolls to counter negative comments, while citing positive “ghost-written” pseudo-scientific reports which downplay the potential risks of their products. America’s Lawyer Host Mike Papantonio, who says Monsanto trolls have targeted his own projects, joins RT America’s Manila Chan to discuss.

SCOTUS Caves To Trump, Won’t Destroy Healthcare Until After Election