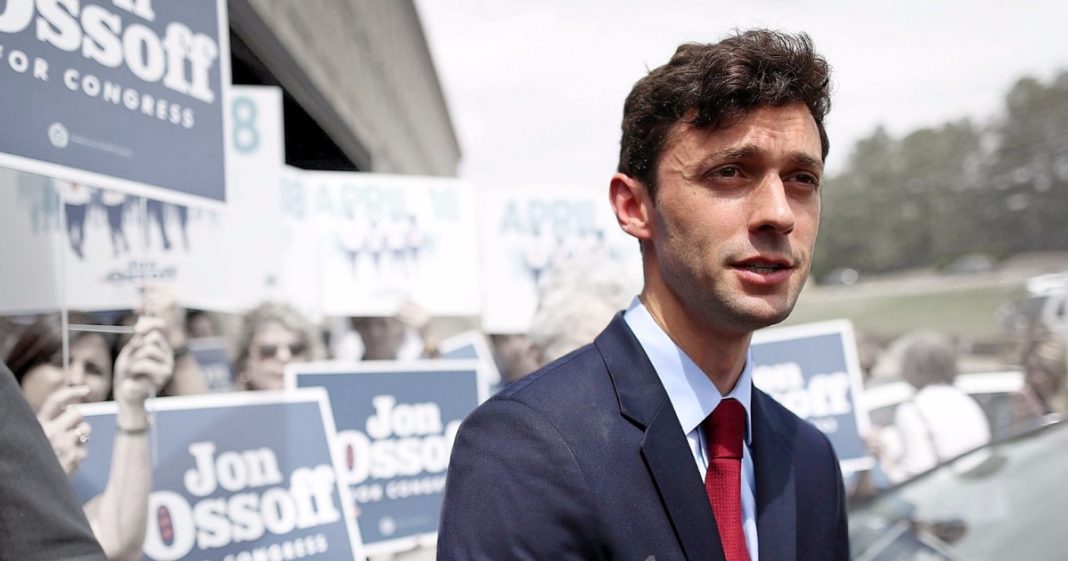 The highly contentious special election ongoing in a district outside of Atlanta, Georgia is set to be the most expensive House race in American history.

The race to fill the seat left vacant by Tom Price was invigorated during the first round of voting when Democrat insurgent John Ossoff earned a massive portion of the vote. Ossoff did so well in the traditionally conservative district that some predicted he may win the initial vote outright. Instead, he failed to garner the fifty percent of the vote necessary to win outright, and is now facing off against Republican Karen Handel.

Most considered the first vote to be Ossoff’s strongest chance at winning the seat, but the amount of money still flooding into his candidacy means that many are hoping he can still win over his conservative opponent.

Thanks to especially expensive television ad time in and around Atlanta, as well as aggressive marketing from both sides, the price-tag on this House race is set to well eclipse the previous record-holder. With $24.4 million spend on TV ads, Rep. Allen West and Patrick Murhpy’s 2012 race is currently the most expensive on the books.

When the final ad buys roll in, Handel vs. Ossof will have spent $29.7 million on television ads, dwarfing the record. That massive number reaches into the highest some Senate races have spent, much less a House race.

According to CNN, the reason for the massive ad buy is also due to the large gap between the initial vote in April 18 and the runoff election which will occur on June 20. That’s a lot of time for both sides to aggressively pursue voters.

Ossoff’s surprising success is being seen as a proxy race in an attempt to correct the devastation caused by President Trump’s win. For the millions who oppose the president, supporting small races at the state and district level is the best way to vent their frustrations and bring about results.

Currently, Ossoff and Handel are at a dead heat, with Ossof leading by one point and well within the margin of error. At this point, it’s anyone’s game – and a whole lot of peoples’ pocketbooks.