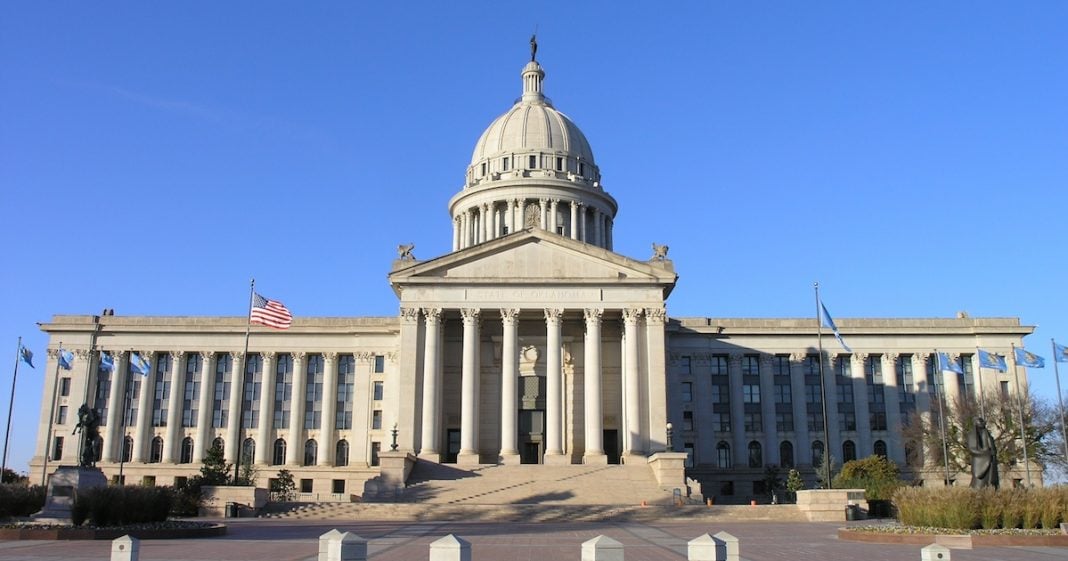 On Monday, Oklahoma’s state House of Representatives passed a non-binding piece of legislation, House Resolution 1004, that ignores the Supreme Court’s decisions on abortion and demands that state and local officials treat an abortion the same way they would a murder. Brought to the floor by Republican Rep. Chuck Strohm, the policy was approved by voice vote after no discussion or debate was allowed.

The resolution was brought and passed as Oklahoma’s lawmakers are attempting to rectify a $900 million budget shortfall. Cuts to education and health care funding are on the table and are paired with tax reforms and options to expand tribal-run gambling in the state. However, talks stalled on Monday.

According to KFSM 5 News, the stalled budget talks have left schools in the state facing a dire situation. Bus routes are being cut, teachers are not being hired, and current teachers are having to take on more classes.

Meanwhile, Rep. Strohm felt that it was more important to take up an argument that has absolutely no legal bearing. Rep. Strohm argues that the Supreme Court “overstepped its authority” in abortion rulings and:

“THAT every public official in Oklahoma […] is directed to exercise their authority as appropriate in their respective jurisdictions to stop the murder of innocent unborn children by abortion.”

Rep. Strohm even found the time to amend the original resolution to say:

“THAT it is both the law of this state and the policy of its people that abortion on demand be eradicated from the State of Oklahoma and that the legislative, judicial and executive branches be directed to do all in their power to enforce that law and policy protecting the rights of the unborn.”

If the resolution carried any legal weight, it would have likely not survived legal challenges. The measure violates provisions that have been ruled on by the Supreme Court and could have had First Amendment implications for pro-choice officials in the state.

Oklahoma is already considered one of the most restrictive states on abortion, trailing only Kansas, Texas, and Louisiana, according to research by the Guttmacher Institute.

The Oklahoma resolution comes after a Republican Representative in Alaska effectively stalled a resolution that would have declared April 2017 as Sexual Assault Awareness Month in the state. Representative David Eastman insisted that language be added to the resolution that said abortion is “the ultimate form of child abuse.” First introduced in February, the resolution is still being debated, even after April has come and gone. Eastman defended his tactics by alleging abuses of Alaska’s Medicaid program which pays for pregnant women to travel to Washington state for second trimester abortions: