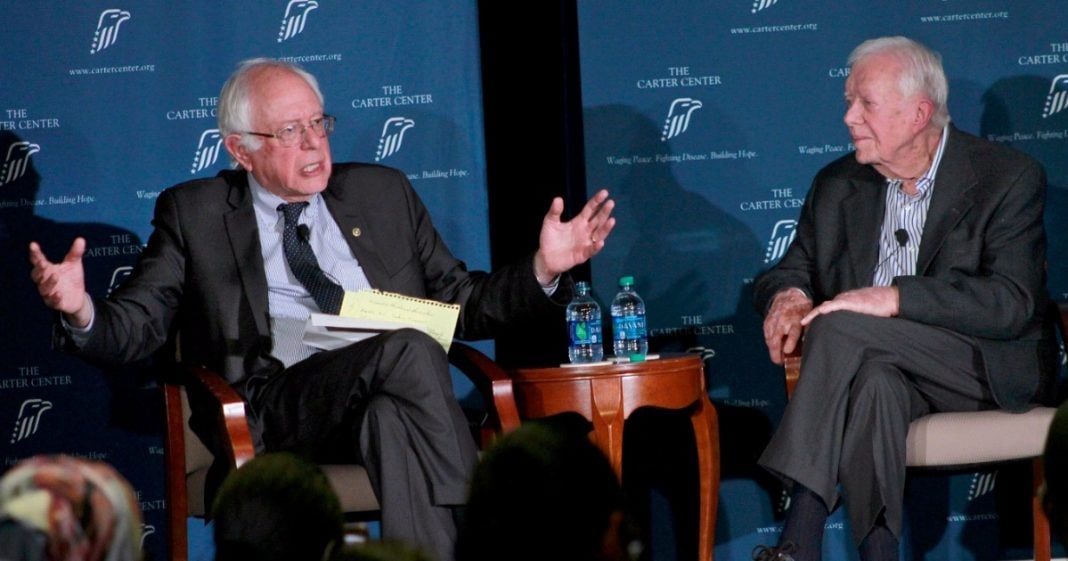 The 39th President of the United States revealed on Monday that he was a bonafied Bernie Bro when he voted for Senator Bernie Sanders in the Democratic primary in 2016.

Jimmy Carter, 92, appeared alongside Senator Sanders on Monday in the Carter Center in Atlanta to discuss politics and human rights. While seated next to the progressive Senator and would-be president, Carter revealed that he had indeed voted for him, not Hillary, in the Democratic primary.

The revelation came when Sanders went on one of his classic tirades about inspiring Americans to get involved in the political movement.

“If we had 80 percent of the people voting in this country, the Republican Party would be a significant minority. So we have got to get people involved. And you do that by being honest about the real problems they face and come up with real solutions.”

Carter then turned to the crowd, asking, “Can y’all see why I voted for him?”