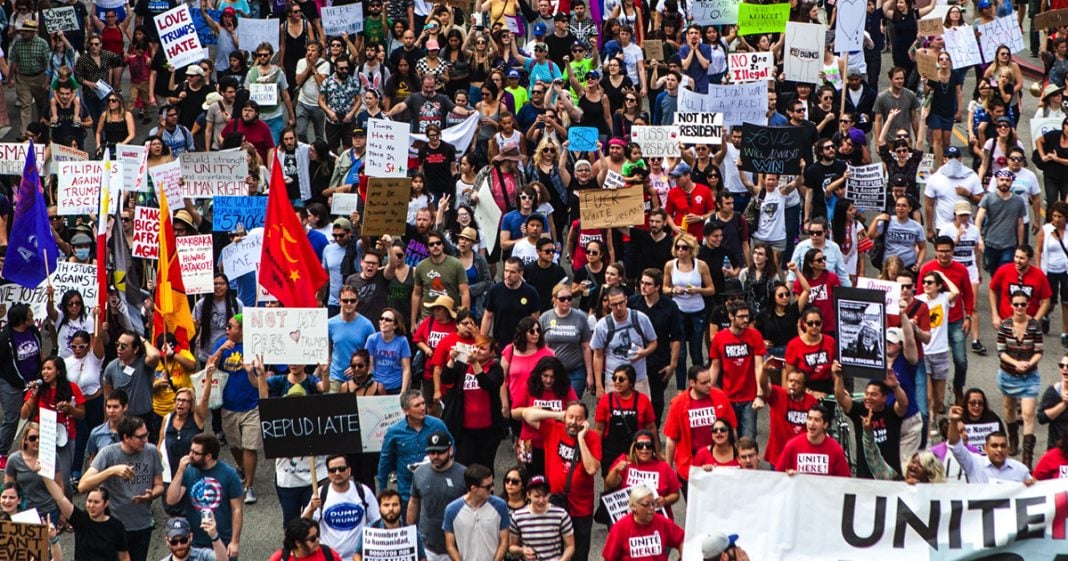 In the Constitution of the United States of America, the very first tenet of the bill of rights protects the freedom of speech, the freedom of the press, and the freedom of peaceable assembly and petitioning of the government.

Though this should mean that our rights to freedom of speech and all aspects that accompany that right would be championed above all else, in the months since the 2016 election, we have seen these rights viciously attacked rather than protected.

As the ACLU noted, since November 2016, more than 20 states have proposed bills which would crack down on protests and demonstrations at every level. The more than 30 anti-protest bills were all proposed separately and were written and issued either on or after November 8.

The ACLU has called the influx of anti-protesting legislation “an unprecedented level of hostility towards protesters in the 21st century.” With the election of President Trump, it’s hard to imagine that the correlation between increased anti-protest bills and Trump’s rise to power is any coincidence.

Though many of the bills will likely prove to be unconstitutional, the battering of America’s first amendment should be of deep concern to all.

Some of the bills have already been passed into law, like House bill 1123 in Oklahoma which, if signed by Governor Mary Fallin, would increase penalties for trespassing on oil refineries and chemical plants in an attack on environmental advocacy and vigilantism. By referring to these locations as “critical infrastructure,” the law is bolstering support and protection to the oil industry at the taxpayers’ expense.

Many of the bills have come about as a direct response to ongoing and popular protests like those organized against the Dakota Access Pipeline. States that have seen a strong showing of protest support appear more likely to attempt to restrict demonstrations in the future, rather than addressing the source of the dissent.

President Trump’s open hostility toward the press and protest have no doubt influenced these bills, and make the success of the legislation that much more concerning. As Trump fills his administration with anti-protest, far-right politicians, the possibility of some of these bills passing into law and remaining in place increases.